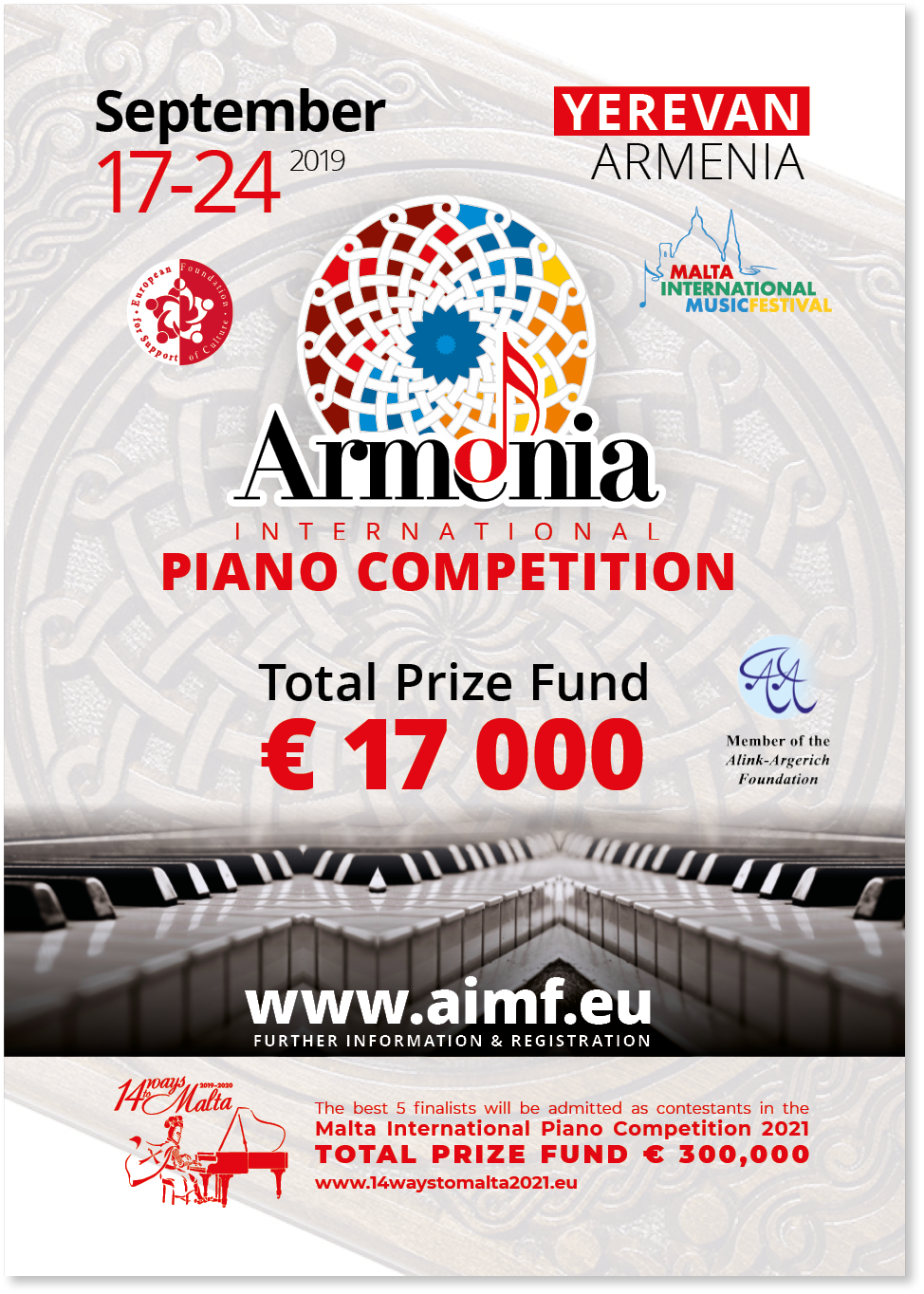 From 17 to 24 September 2019, the European Foundation for Support of Culture  hosted  the “Armenia” International Piano Competition in Yerevan, capital of Armenia.

Yerevan is one of the oldest cities in the world. Last year, the capital of Armenia turned 2800 years old. The city is dominated by the famous pink tuff buildings boasting majestic Soviet-era architecture. The city’s main street is home to the Matenadaran Institute of Ancient Manuscripts, where thousands of ancient Armenian manuscripts are stored. The centre of Yerevan’’s architectural ensemble is Republic Square, with its singing fountains and a colonnaded government building.

The “Armenia” International Piano Competition was held at Yerevan’s best music halls. The competition programme  included obligatory performance of works by Maltese composers. At the end of the event, a gala concert was held with the winners, as well as prominent classical music performers.

The total prize fund of the contest amounted to 17,000 euros.