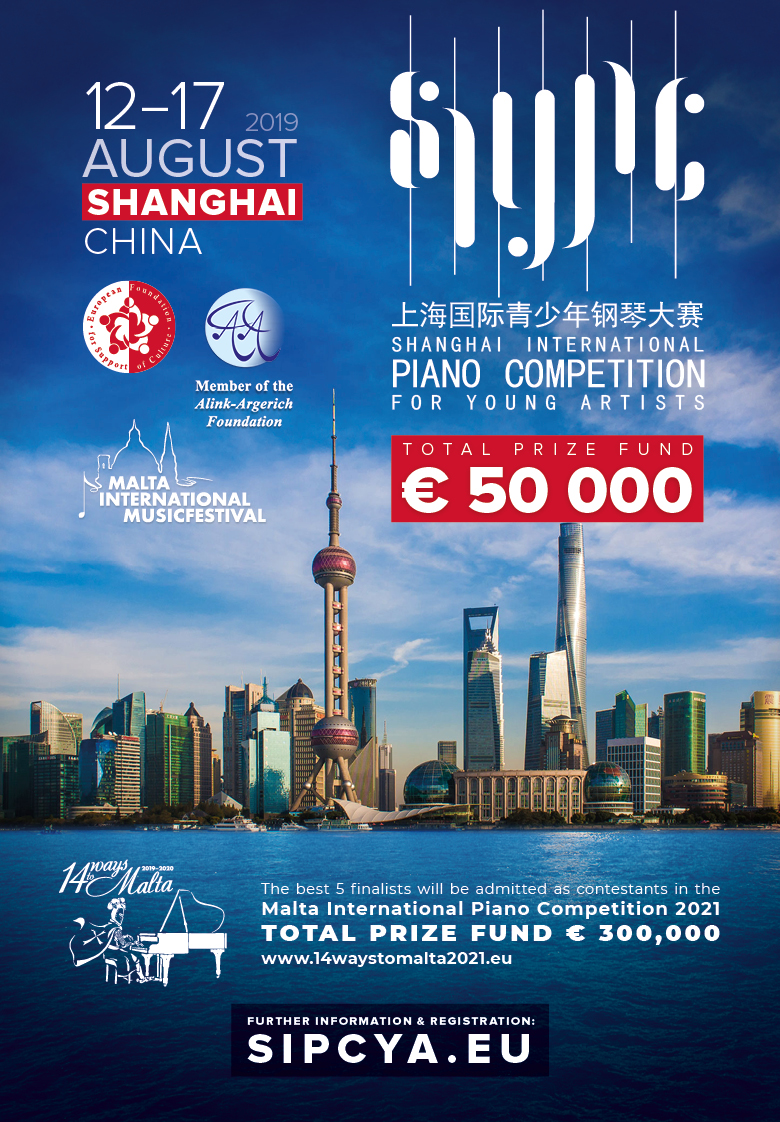 On 12–17 August, the European Foundation for Support of Culture and the Shanghai Conservatory of Music held the Shanghai International Piano Competition and Festival for Young Artists, the 21st such event in China.

Shanghai is China’s largest city as well as the most ethnically diverse and most dynamically developing. Its guests can visit the past, present and future at once.

The event  featured a piano competition and a series of concerts by classical music stars performing at Shanghai’s most famous halls: the Shanghai Grand Theatre and the Shanghai Music Hall.

Pianist Zhe Tang, Professor at the Shanghai Conservatory of Music, recipient of numerous awards including “Grand Award for Excellence in Teaching” by the Chinese government, was the Festival’s artistic director.

Its jury  included such famous music figures as pianist Sergei Edelmann, winner of the Queen Elisabeth Competition, honorary professor of Lviv Music Academy (Ukraine), professor of piano at the Royal Conservatory of Antwerp, Belgium; Hae-Young Kim (Korea), international adviser and a faculty member of the Asian International Piano Academy, President of the Piano Society in Korea, Piano Professor and Head of the Piano Department at Chugye University for the Arts and member of the Development Committee at the Ministry of Education of South Korea; Ewa Pobłocka (Poland), a guest professor at the Geidai University of Fine Arts and Music in Tokyo and Nagoya; Professor Zhu Yafen, a regular contributor and member of the editorial board of Piano Artistry; and Zhe Tang, artistic director of the Festival.

The Festival participants  performed works by famous Chinese composers such as Tian Han,Liu Shikun, Li Huanzhi and works by Maltese and other European composers.