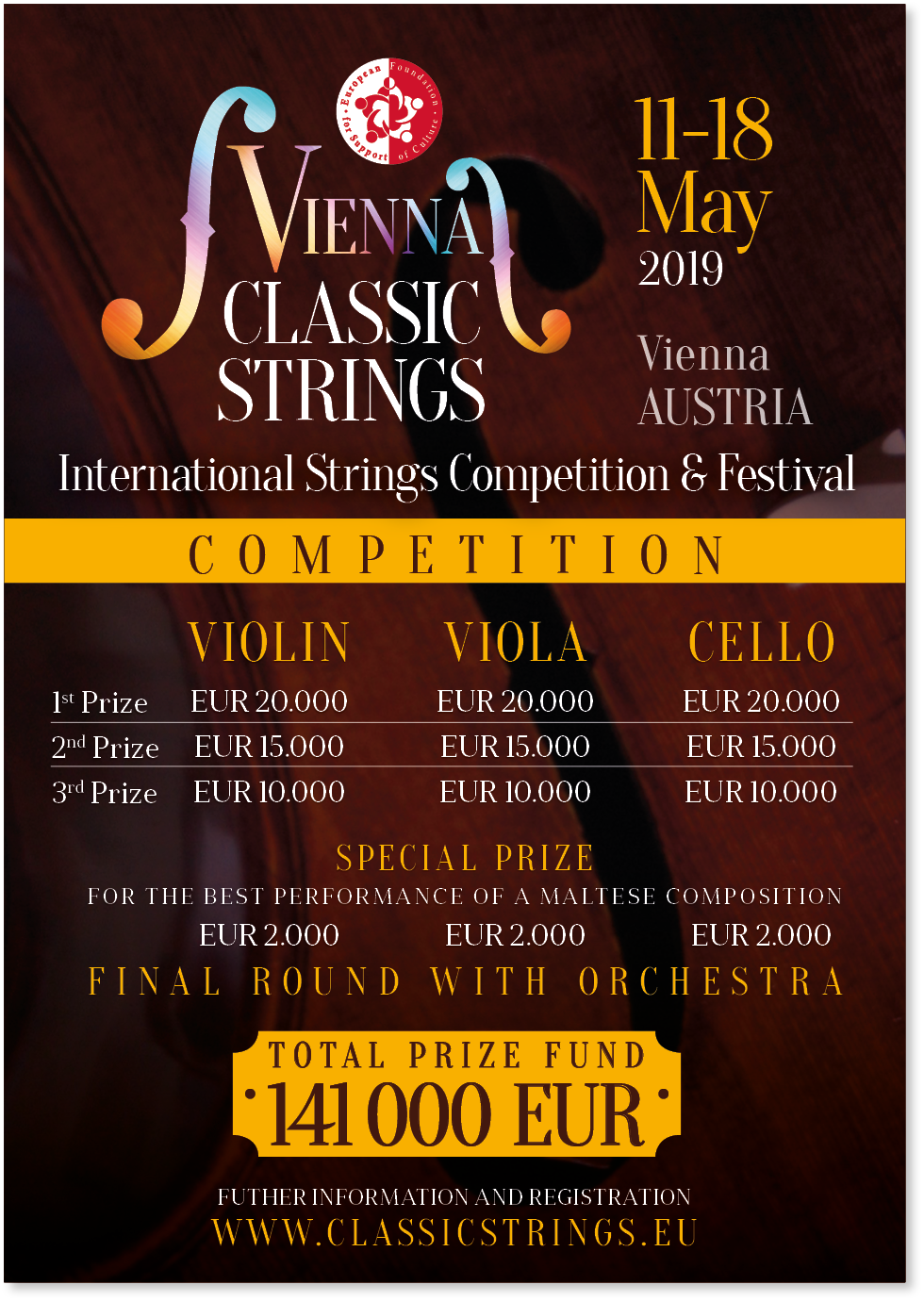 On 11-18 May, the European Foundation for Support of Culture presented the Vienna Classic Strings Festival and International Competition for Violin, Viola and Cello; it was held for the first time in Vienna in 2019 under the patronage of the Mayor of Vienna.

The festival, which was part of the project,  featured such eminent artists as cellist Boris Andrianov (Russia), winner of the International Tchaikovsky Competition and winner of South Korea’s Isang Yun Competition; violin and viola player Shlomo Mintz (Israel), Grammy winner, Honorary Doctor of Ben-Gurion University of the Negev in Beersheba; violinist Yury Revich (Russia), Young Performer of the Year 2015 by the International Classical Music Awards.