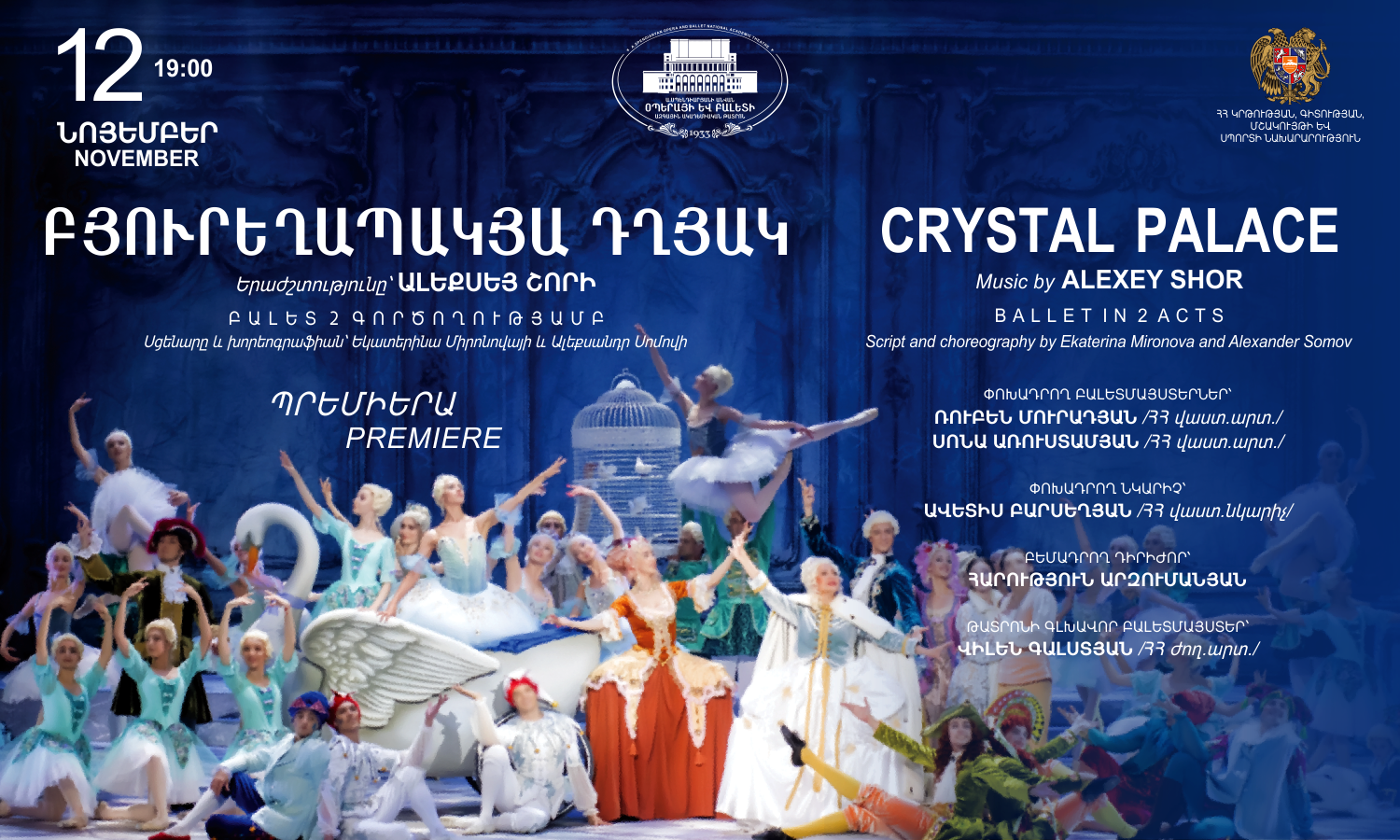 The Crystal Palace ballet to the music of the contemporary American-Maltese composer Alexey Shor is a unique project of the European Foundation for Support of Culture. The ballet premiered to great success at the Mediterranean Conference Centre (MCC) in 2017 to mark the 50th anniversary of establishing diplomatic relations between Russia and Malta. The premiere was followed by two 2018 performances in the Armenian National Academic Theater of Opera and Ballet named after Alexander Spendiaryan in Yerevan, a performance in the State Kremlin Palace in Moscow, and again by a performance at the MCC in Malta as part of the Dance Showcase project. The performances prompted many rave responses from the audience, including high-ranking guests and international media who had attended the ballet.

The Crystal Palace ballet pulled at so many strings in the souls of Armenian audiences that the Armenian National Academic Theater of Opera and Ballet named after Alexander Spendiaryan decided to include the ballet into its 2019/2020 season. Production directors  recreated  the atmosphere of Empress Anna’s court, baroque style sets will be made. Costume designers custom-made dresses, liveries, tutus, and many other stage costumes from natural silk and velvet decorated with rhinestones and crystals.

Leading parts were performed by internationally renowned ballet and opera principals of Armenian National Academic Theater of Opera and Ballet named after Alexander Spendiaryan. The children’s choir, students of the ballet school, and the Theater’s orchestra conducted by famous Armenian conductors  also took part in the performances. Leading directors and choreographers  worked on the dance and music components of the ballet.

The Armenian staging of the ballet  premiered on November 12 on the Grand Stage of the Armenian National Academic Theater of Opera and Ballet named after Alexander Spendiaryan.