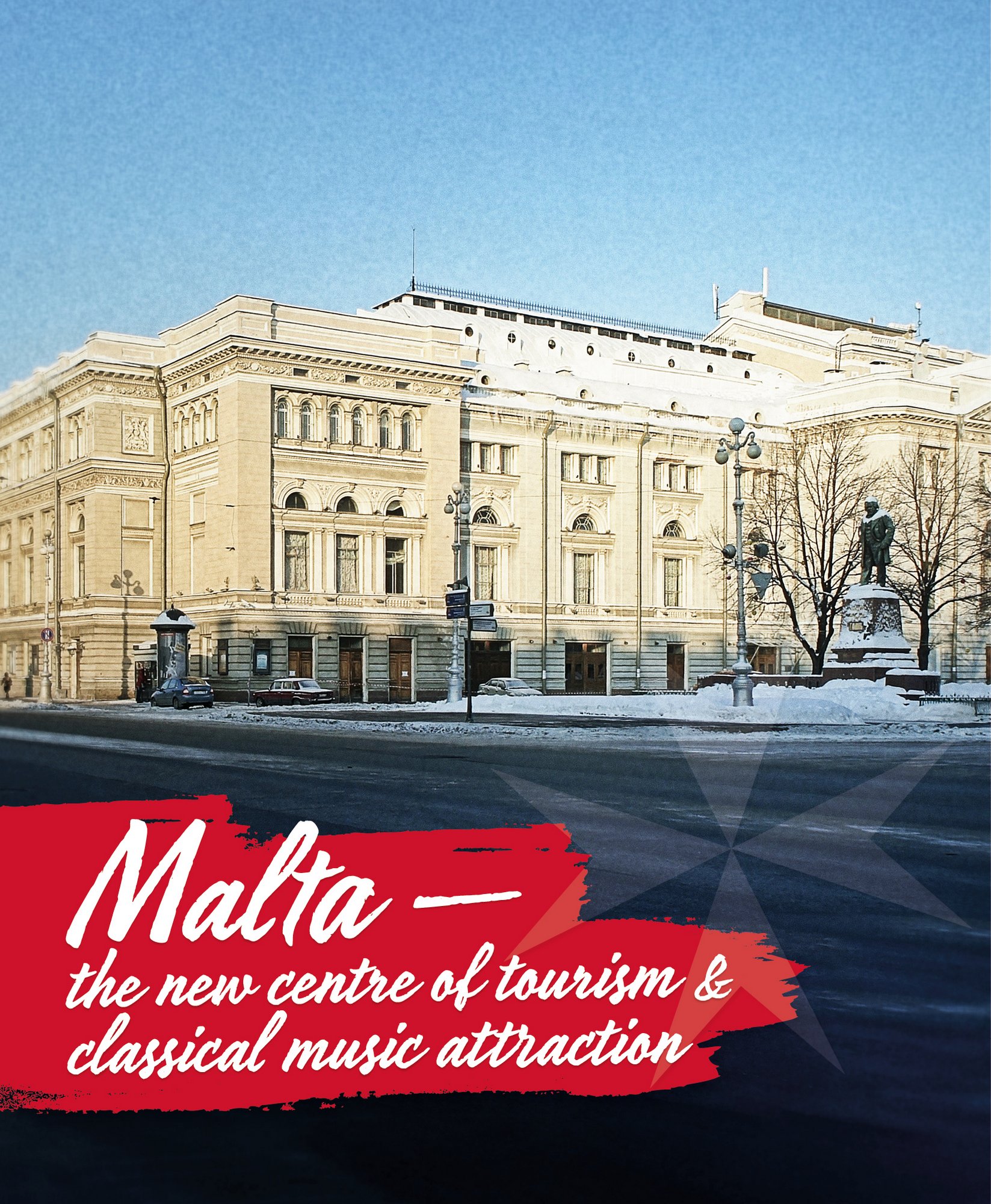 As part of the project in St. Petersburg, a presentation concert took place on 7 February at the Rimsky-Korsakov St. Petersburg State Conservatory, Russia. The students had a unique opportunity to get to know Malta, learn about the activities of the European Foundation for Support of Culture and its educational projects, as well as international piano, violin and wind competitions for young talents.

The Rimsky-Korsakov St. Petersburg State Conservatory is a higher musical education institution and the oldest conservatory in Russia.

The Conservatory’s first graduate in the class of composition was Pyotr Ilyich Tchaikovsky, who graduated in 1865 with a big silver medal. Other famous graduates include composers Dmitry Shostakovich, Sergey Prokofiev, Sergey Rachmaninoff, and Anatoly Lyadov, conductor Valery Gergiev, artistic director and general director of the Mariinsky Theatre, chief conductor of the Munich Philharmonic Orchestra, legendary pianist Grigory Sokolov, and many others.

The presentation  concluded with a performance by violinist Karen Shakhgaldyan, laureate of Pablo Sarasate International Violin Competition, and young pianist Ruben Kozin, laureate of the Eurasian Music Games, who together played popular works by Maltese composers.