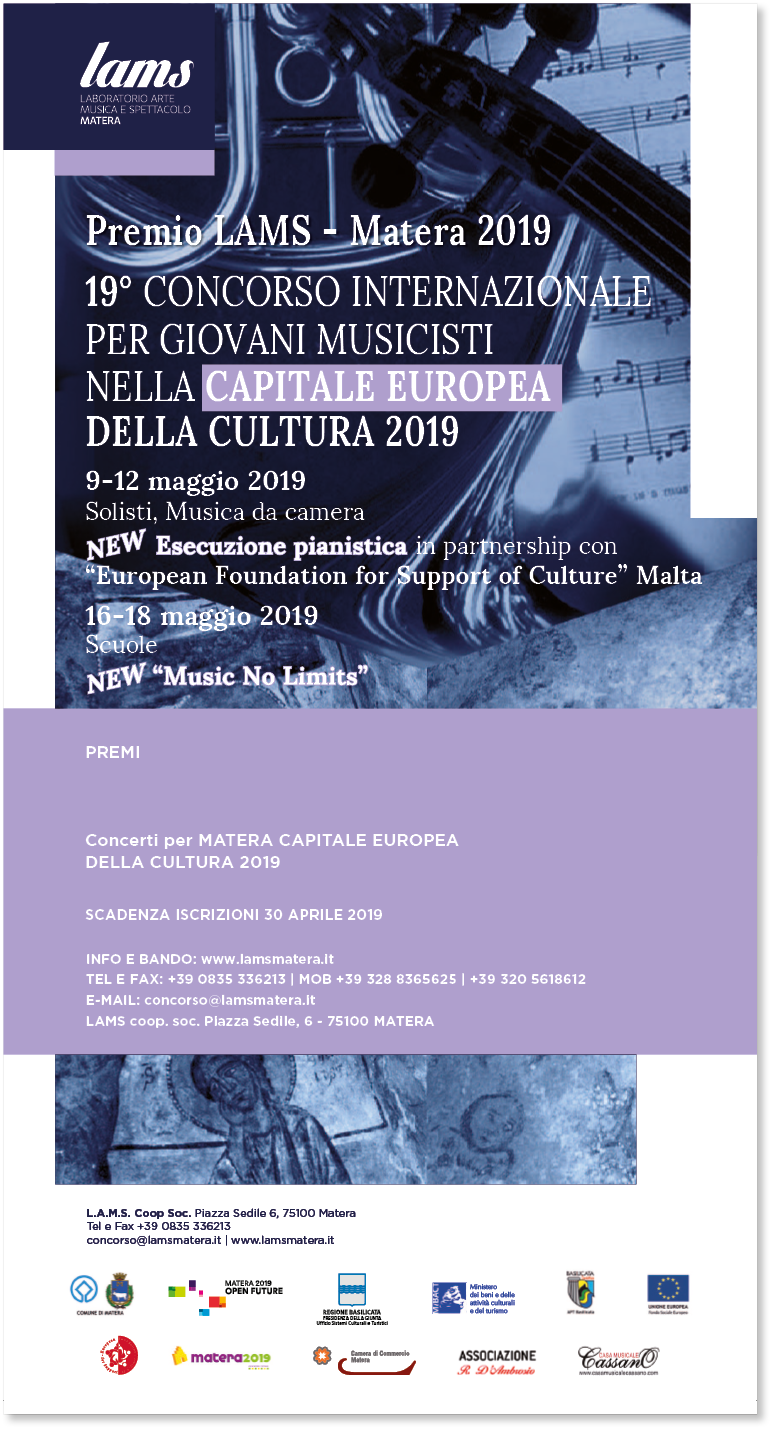 On May 9-18, the European Foundation for Support of Cultureand the Laboratory of Arts, Music, and Entertainment (LAMS) together with the Basilicata region Ministry of Cultural Heritage and the Matera City Hall in cooperation with the Matera Basilicata 2019 Foundation and R. D’Ambrosio Cultural Association held  the 19th Rosa Ponselle International Competition  in the best music venues of Matera (the Basilicata region).
Matera has a population of about 60,000; in 1993, it was put on the UNESCO’s World Heritage list; the ancient part of the city is cut in the rock, and this is why it is called the Western Jerusalem. After Aleppo in Syria and Jericho on the west coast of the river Jordan, Matera is considered the world’s most ancient city. In 2019, Matera became Europe’s capital of culture sharing this distinction with Bulgaria’s Plovdiv.
Matera’s sights include underground churches both in the Sassi di Matera and outside it; Church of San Pietro Barisano (Chiesa di San Pietro Barisano), Matera cathedral (Cattedrale), Lanfranchi Palace (Palazzo Lanfranchi),Tramontano Castle (Castello Tramontano), and many others.
The pianist Giovanni Pompeo, winner of many international competitions, professor of the State Conservatory “Gesualdo da Venosa” and of Music Institute “G. Paisiello” Taranto (Italy),  served as the artistic director of the piano competition. In addition to the artistic director, the panel of judges  comprised famous classical music figures, including the music critic Sergio Segalini, artistic director of many piano competition; Giandomenico Vaccari, former artistic director of La Fenice theater in Venice and of the Valle d’Itria Festival; the conductor Giovanni di Stefano, artistic director of Fondazione Petruzzelli di Bari and of the Giocosa Opera Theater in Savona, and many others.
In addition to the prize fund, the three winners of the Rosa Ponselle International Piano Competition will also participate free of charge in the “In Musica” Roma International Festival and Piano Competition to be held in 2020 as part of the 14 Ways to Malta series