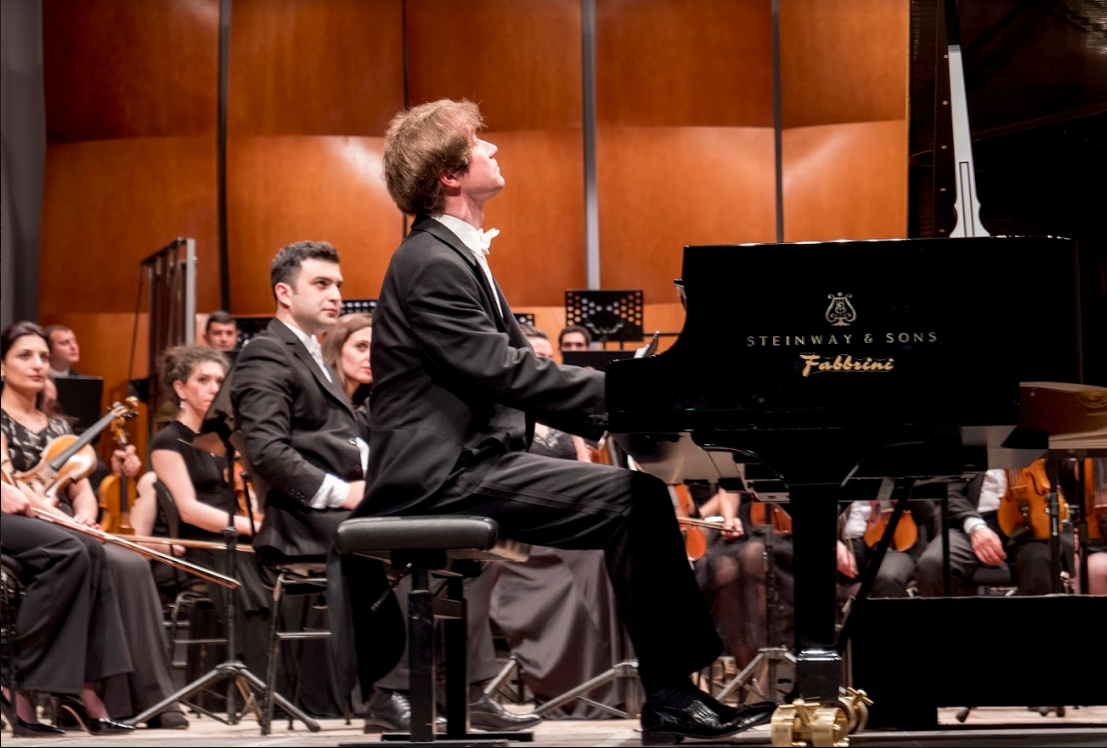 Just for one evening the European capital of culture, Valletta, moved to Rachmaninoff’s semantic field. Nikolai Lugansky — a pianist who should have not been with us in the “given circumstances” of our times — performed Rhapsody on a theme of Paganini.

Every time at Lugansky’s concerts you discover yourself in a new situation — acoustically, recalling at once that our given time does not tolerate high voice and that we still have that handful of true pianists free from all superficial; and that fortissimo can be elegant and the differences between pianissimo quiet, mysterious, tragic and elegiac may be performed with surgical precision and will never sound the same. Moreover, Lugansky’s flexible and long fingers, not inferior to Rachmaninoff’s, are not just able to untangle the most intricate cobwebs of notes. They visually change the latitude, longitude and depth of keys, ignoring the difficulties of fingering and all sort of other obstacles, make the plastic soft and pliant, so it loses its linear shape and proceeds to the non-Euclidean space, from where the Euclidean dimensions seem rather funny.

Nikolai Lugansky’s performance is totally devoid of melodrama — and this is why one who puts trust in him, remains one to one with music. Very strong and subtle interpreter of Rachmaninoff (and any other — but this evening we celebrate the 145th anniversary of Rachmaninoff and attend a special concert at the Malta International Music Festival), every time he delivers immaculate music, as if it has just gone out of the composer’s hands — and at the same time very different. This is what we may call Lugansky’s charm and his “brand recognition” — it is in the poetics of the high standard, in challenging lightness and complexity. 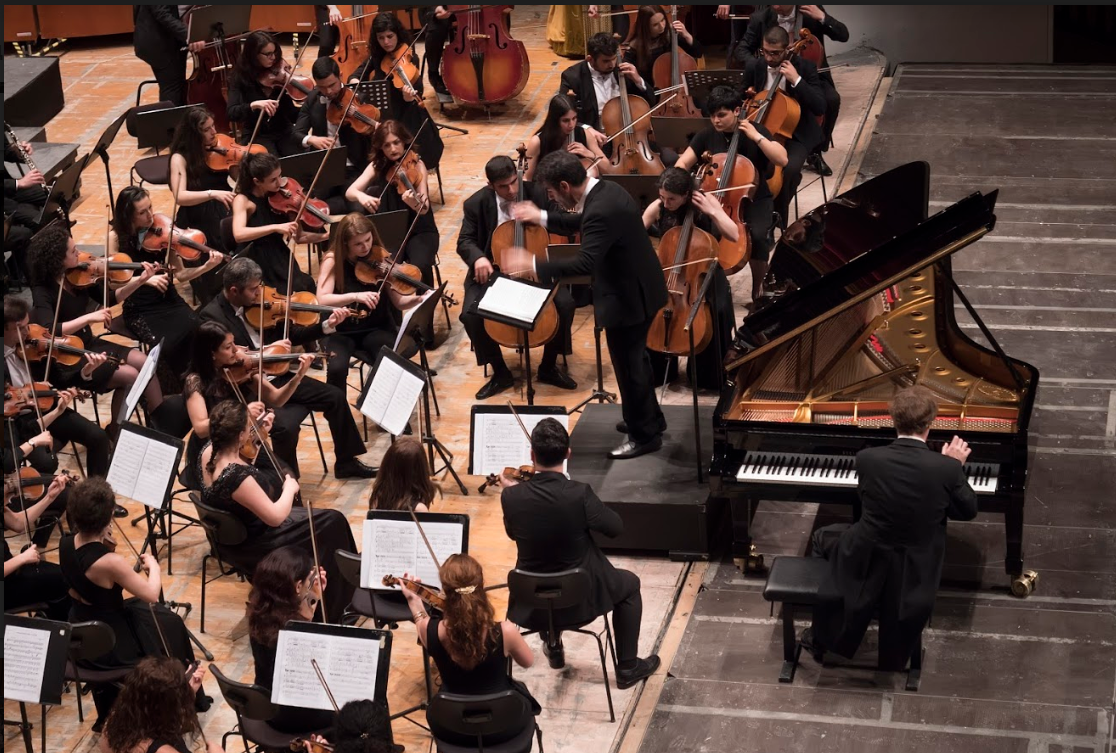 In Rachmaninoff’s Rhapsody on the theme of Paganini, the pianist managed to find the perfect balance between poetry and passion. He could not but remain serene, sincere (especially when going through the “Russian” variations) and devilish; be super emotional, tearing chords to pieces; and, finally, in the cult 18th variation — be himself: exquisite, even scrupulous, touching and very clear. Where it was required, Lugansky used the ultra-fast pace, but they too were individual, self-sufficient, far from the desire for speed at any cost.

The personal drama of the composer suffering far from his motherland is the only thing that unites 24 variations the Rhapsody; Rachmaninoff’s cryptographer connected it with the Dies Irae (“Day of Wrath”) theme. On the other hand, behind this 13th century sequence, a mandatory part of the funeral mass and a symbol of the Last Judgment, looms Paganini’s own figure, who made a deal with the Devil and received all kinds of perfections. As for Lugansky, he is the artist as mysterious as is irreproachable, and in relation to music — a real Saint. This is why one recalls the final verses of Dies Irae wordings which actually symbolize the ascent of the souls to the divine throne, “the righteous will shine like the sun in the kingdom of their Father”.

This evening Lugansky had an excellent partner — resident of the festival (and my personal favorite, from now on and forever) — the Armenian State Symphony Orchestra under the baton of the young genius, Sergey Smbatyan. Together, they managed to intricately convey all the jazz influences in Rachmaninoff’s music, arising in his late American opuses (although the Rhapsody was born in Switzerland, in Villa Senar). In particular, the influence of Gershwin and his Rhapsody — that very one in blue. 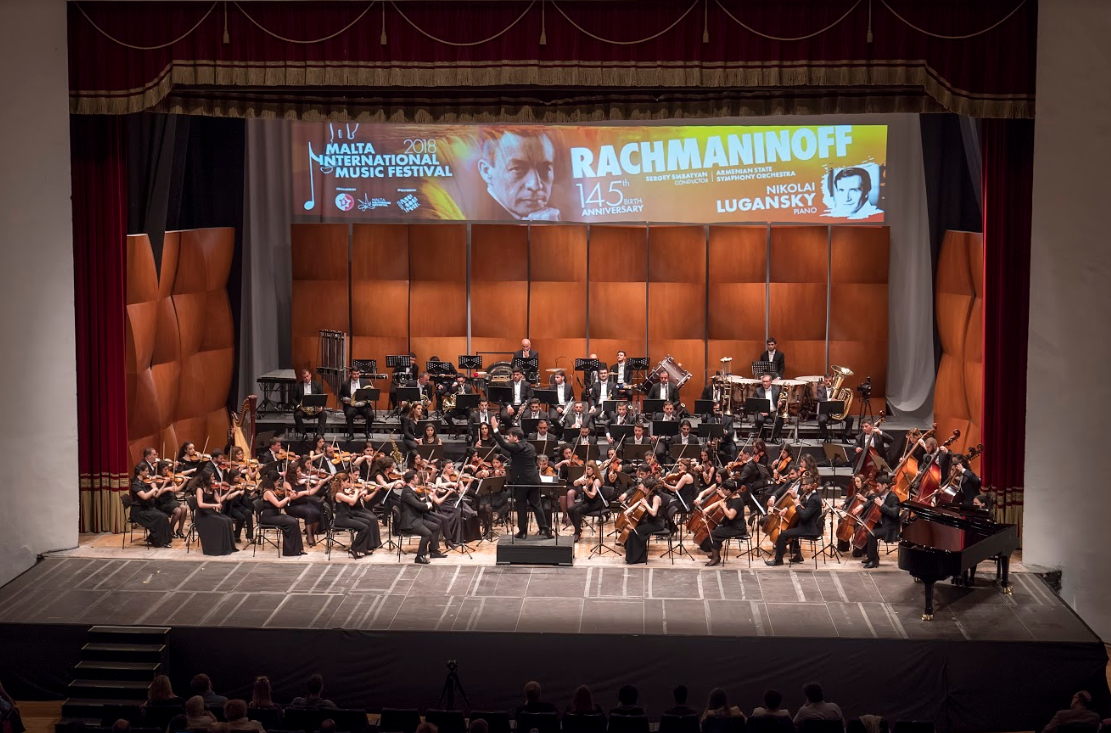 The motive of the Dies Irae remained in the Symphonic dances — Rachmaninov’s last composition, created in Long Island in 1940, three years before composer’s death. This complex Suite requires the conductor to be  proficient in managing different types of movement, since we are talking about a piece with a strong choreographic nature (after the premiere of the ballet “Paganini” composer dreamed of a new stage production and used to the music written for the ballet “The Scythians” for his “Dances”). The most sad was the 2nd part of this bitterly farewell — a real man’s waltz which was heartfelt by Sergey Smbatyan and his orchestra to the bottom. America was embracing Russia, saxophone played a heartfelt melody similar to Russian songs — well, everyone is aware of Rachmaninoff’s nostalgia; the more surprising is that the 67-year-old composer’s melancholy and mental fatigue was understood by the young musicians. This is where, perhaps, lays the secret of Rachmaninoff music’s eternal youth, its eternal modernity, impossible to be referred to in the past tense.