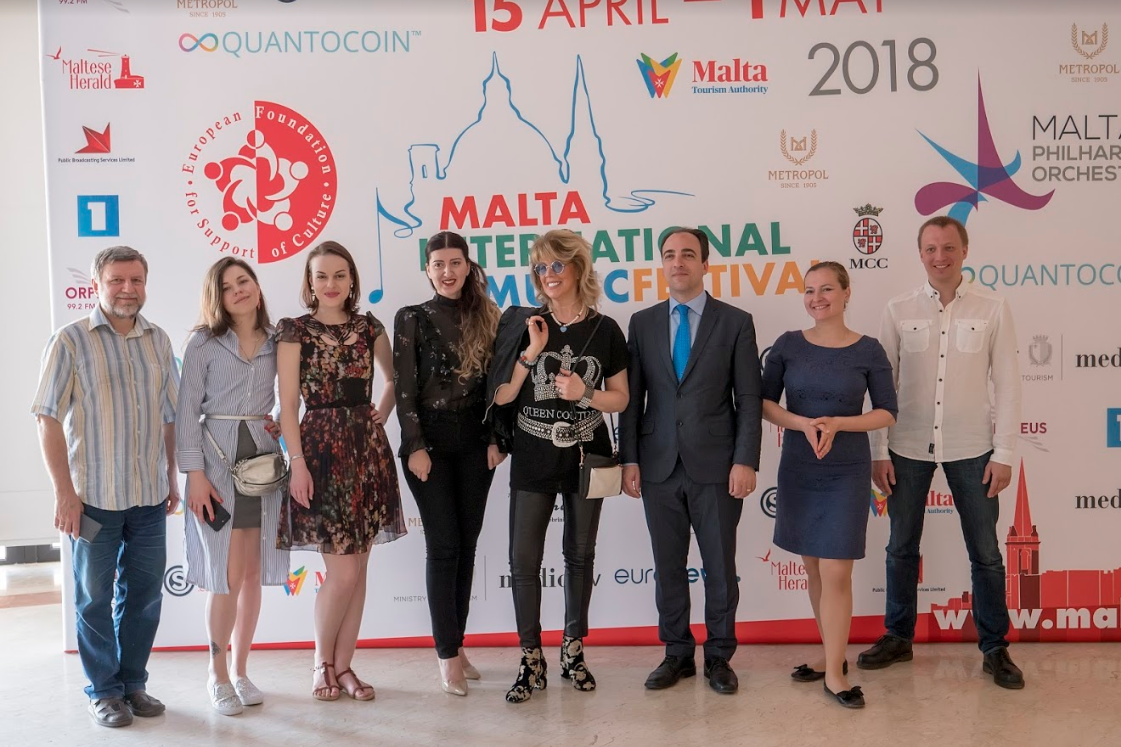 Alan Chircop opened the day’s proceedings by welcoming those present and introducing the artists who were with him on the podium: soprano Ljuba Kazarnovskaya and the members of the» Harmony» quintet who would be accompanying her during the concert the following day as well as pianist Nareh Arghamanyan, who will present present a program, dedicated to Tigran Mansuryan.

A short video presentation showing the soprano on stage during an open-air gig possibly showed why she is so popular with young audiences in Russia where she presents a regular programme on one of the Television stations.  Besides singing in the next day’s concert Ms Kazarnovskaya was also shooting a programme about the Festival, interviewing artists and other personalities. Since the station that broadcasts the programme is not one dedicated to culture she said that she has to be very careful about her questions since sheneeds to capture the interest of the general public. She thus needs to understand the personality of the artists she is meeting, learn about their repertoire and capture the specific moment of the event, in this case the music festival. Among the artists that she interviewed she was particularly struck by violist David Carpenter who performed Alexey Shor’s cycle based on Russian folk melodies, composer Giya Kancheli and pianist Denis Kozhukhin. She commented on the fact that when she pointed out that the Russian melodies used by Shor belonged to the lowest among Russian society, Carpenter laughed it off and said that for him Murka was only a song about a cat. Kancheli was not easy to interview. He is a very special person, a very interesting man, with a special state of mind who talked to her about the way that music was going today. She discovered that with Kozhukhin, the brilliant young pianist taking part in the concert this evening, she shares a love for Brahms and Shor and the two decided to hold a joint recital featuring works by Brahms, Gershwin and Shor. So the past week has been a very busy time for her which, however, she had found interesting and enjoyed. This over and above her practising to make sure that her voice was  always at its best. 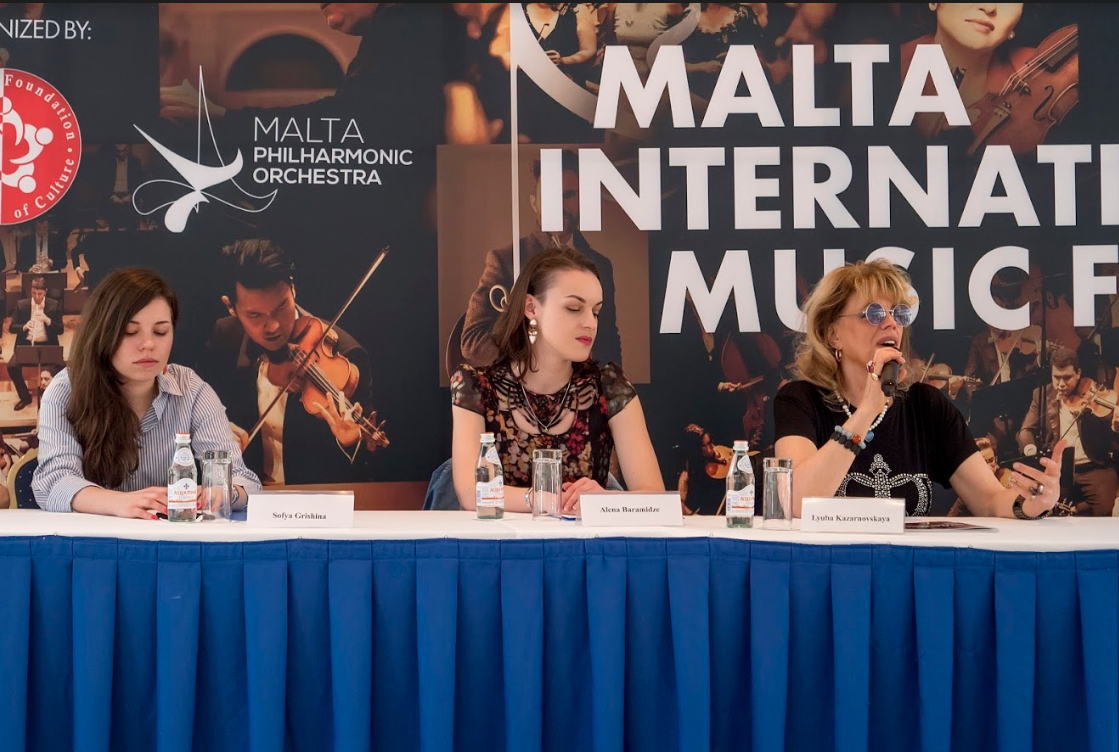 Asked about her programme for the next day’s concert Ms Kazarnovskaya said that she had devised the programme together with the members of the Harmony Quintet to celebrate forty years since her first concert. They had toured together with this programme in Europe and in Russia. The items on the programme include works she enjoys performing and works that celebrate all the things that she loves in life. She likes to diversify her programmes. This not a concert, she said, but a performance starting with more serious pieces by Vivaldi, through Bizet’s Carmen, on to Sinatra, classical operetta and Russian songs. Wherever they performed it the audience loved it because she bares her soul in the performance. The important thing is to love what you are doing. She enjoyed crossover concerts provided they were presented with taste.  She knew that many critics disapproved of these events, but even they are now changing their views as more and more artists perform this type of music.

On their part the members of the quintet said that they loved performing with her because she was a leader who took you by the hand and walked beside you opening up new aspects of the music.

Asked to compare this festival with other festivals in which she had participated she said that compared to them this festival was more friendly. At other festivals she felt she was simply a participant who had been asked to sing an opera or a recital in Malta, on the other hand, she felt part of the whole set-up. People are willing to discuss and there is real communication. She also found interesting the collaboration between the two orchestras. When she interviewed Sigmund Mifsud, the Chairman of the Malta Philharmonic Orchestra, and she had understood that the two orchestras followed the same direction in their understanding of music. Conductor Smbatyan had commented on how at first each of the two orchestras had brought its own individual sound to the performance but gradually the two sounds coalesced and became homogeneous. Festivals like this are important because they override politics and bring nations together putting aside any misunderstandings.

Pianist Nareh Arghamanyan will be performing two concerts within the programme of Armenian Cultural Days in Malta. This evening together with violinist Philipp,viola player Nadia Debono and cellist Peter Flanagan, members of the Malta Philharmonic she will be performing music by the Armenian composer Tigran Mansurian while the next day she will be giving a recital of piano works by Alexey Shor, Karl Fiorini and Joseph Vella. She said that she had feared that she would find it difficult to understand her partners from Malta but  musically they had clicked together straight away.

Alan Chircop thanked the speakers for their comments and for having accepting to perform and put up a programme which every day presented a special concert with its own discovery. He thanked those present and invited them to the next day’s briefing.