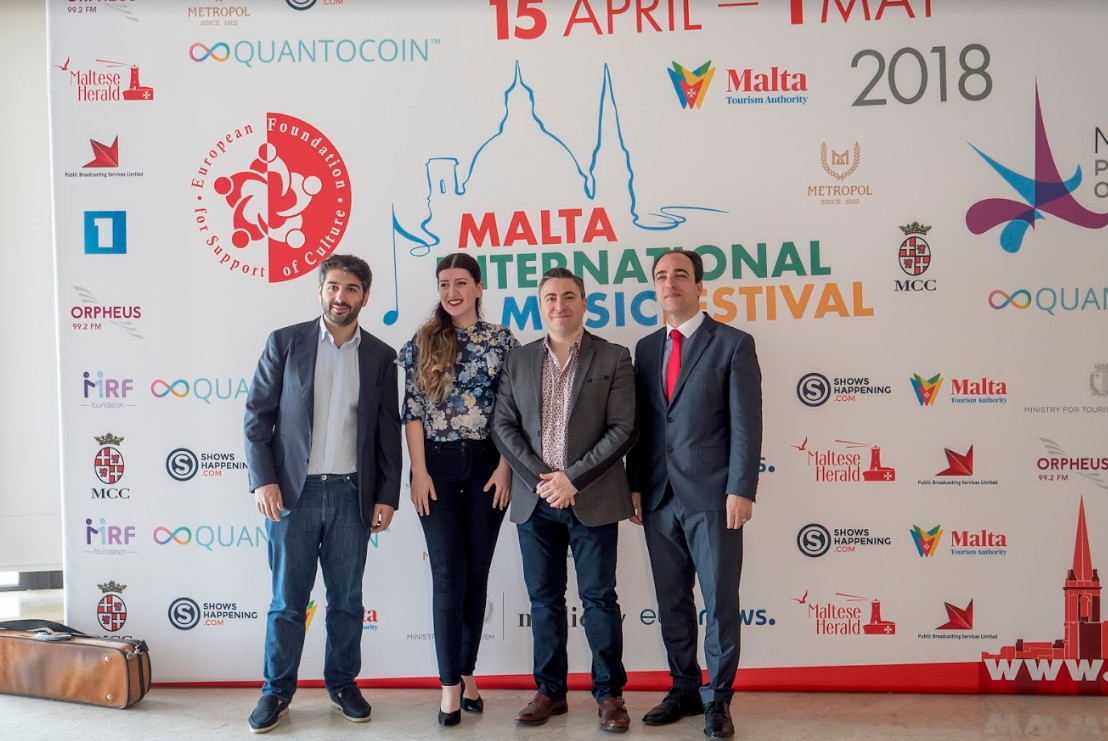 This morning’s meeting with the Press was honoured by the presence of violinist Maxim Vengerov, one of the top violinists in today’s music world.  Alan Chircop introduced Mr Vengerov and spoke about the great expectations of Malta’s music public for the concert. The following day Mr Vengerov would be performing Tchaikovsky’s Violin Concerto, one of the iconic works of the violin repertoire.

A short video feature presented Mr Vengerov in a piano/violin recital and as a soloist playing with the orchestra conducted by Sergey Smbatyan who will also be conducting tomorrow’s concert.

Alan Chircop asked Mr Vengerov who has travelled all over the world to big cities what it felt like to be in Malta for the first time, Malta being by comparison so small. Mr Vengerov said that he was very happy to be in Malta. He was impressed by the programme of the Festival and he felt that the best way to express his joy at being here and taking part in the Festival is through his music. 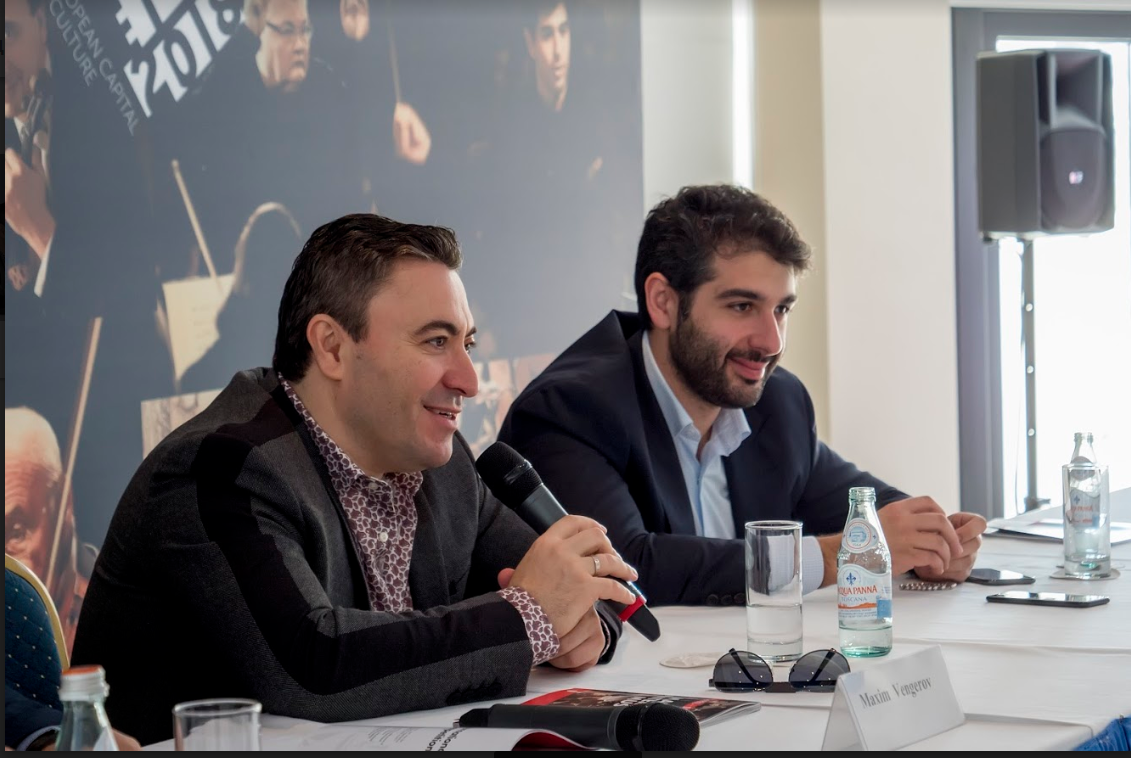 Tchaikovsky’s Concerto presents great difficulties to the violinist. Asked about his reaction to this Mr Vengerov said that most of the times a composer does not think whether the music he is writing is suitable for the particular instrument. What he cares about is expressing his emotions. It is  then up to the performer to express what the composer said in his music through his performance. Mr Vengerov considers the violin to be an extension of his body and he will do his best to communicate the feelings and thoughts of the composer through his music. Asked which concerto is his favourite the violinist said that this was a difficult choice because the range of beautiful works is so wide, but pressed to name one he said he would like to perform Khachaturian’s Violin Concerto which he considers to be the greatest music ever written for the violin. He hopes to have the opportunity to do so with the orchestra under Smbatyan.

Expressing his opinion about the music of Alexey Shor he said that he very much liked the feeling of nostalgia that it evokes.  In fact when he was asked to choose a piece by Shor for the concert his choice fell upon a Barcarolle. At the time he happened to be spending two weeks in Shanghai where he was premiering a work by a Chinese composer and for two weeks he felt very lonely. This piece really expressed his feelings in that particular moment of time.  He agreed with what all other artists seem to have said in the course of these meetings that Shor gives the opportunity to the soloist to express his feelings.

Apart from being professional partners Mr Vengerov and Mr Smbatyan are also close friends. Asked whether this made any difference to the performance Mr Smbatyan said that he was very happy to be sharing the feeling of friendship between them with his orchestra and all the players feel very excited about performing with such a great master.

Like so many eminent soloists Maxim Vengerov has turned his attention to conducting and he is currently in the final year of his conducting course with Yuri Simonov at the Ippolitov-Ivanov Institute. He sees a strong tie between playing the violin and conducting. When he first took up conducting his mentor told him that the baton is to conducting what the bow is to playing the violin – a means to express the feeling of the music. His conducting also affects his performance as a violinist. He first performed the Tchaikovsky Violin Concerto when he was thirteen years old. When he went back to it after having conducted the composer’s Symphonie Pathetique he found that his interpretation had changed. It changed again after he conducted the composer’s opera Eugene Onegin. 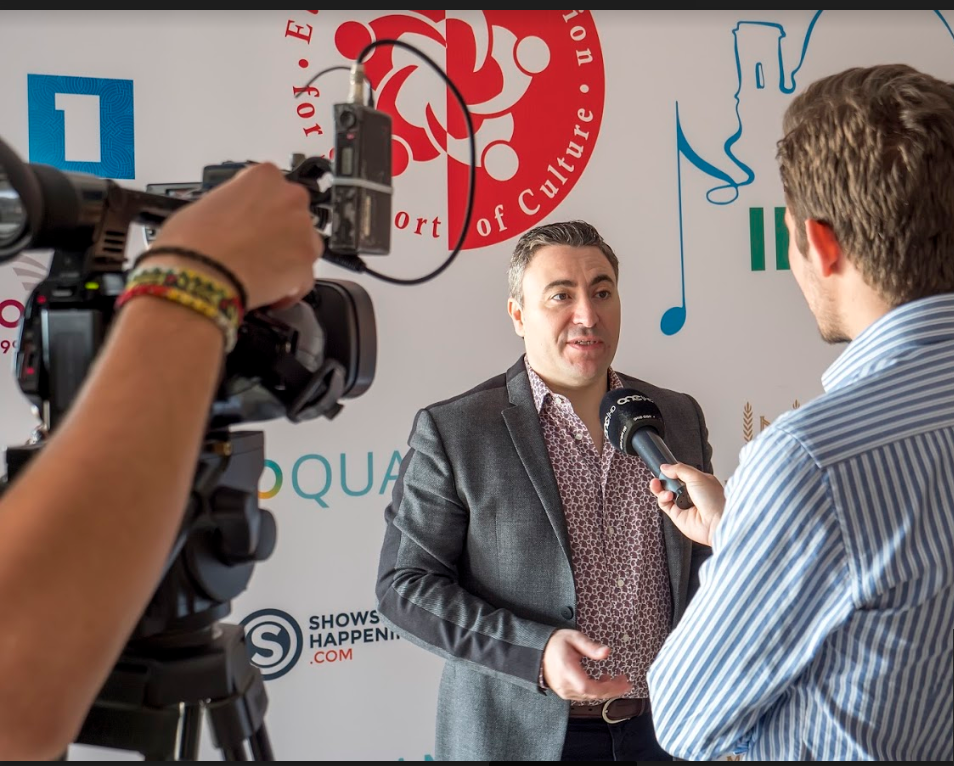 Asked about whether he would like to conduct opera Vengerov said that a conductor’s is a full-time job and the jobs of the conductor of a symphony orchestra and that of the conductor of opera are  two different ones. Besides, his heavy work schedule made it impossible for him to learn the scores of so many operas. Having said that, however, he was very happy to have had the opportunity to conduct excerpts from Eugene Onegin as part of his conducting course, and that experience is very dear to him.

Pianist Nareh Arghamanyan who is here to perform two concerts of Armenian and Maltese music respectively as part of the programme of Armenian Cultural Days in Malta was asked whether she found any similarity between the music of Armenian and that of Maltese composers. She replied that both Armenian and Maltese music are characterized by a wide range of styles. Composers in both countries write in their own musical language. In Maltese music she has also  found many wonderful melodies that are similar to Armenian folk music. She particularly likes the music of Alexey Shor who, in spite of being a contemporary composer, uses melody to express moods.

Rounding up  the conference, Alan Chircop, artistic director of the European Foundation for the Support of Culture and of the Festival, thanked the artists for their presence and reminded the audience of the evening’s concert by soprano Lyuba Kazarnovskaya.