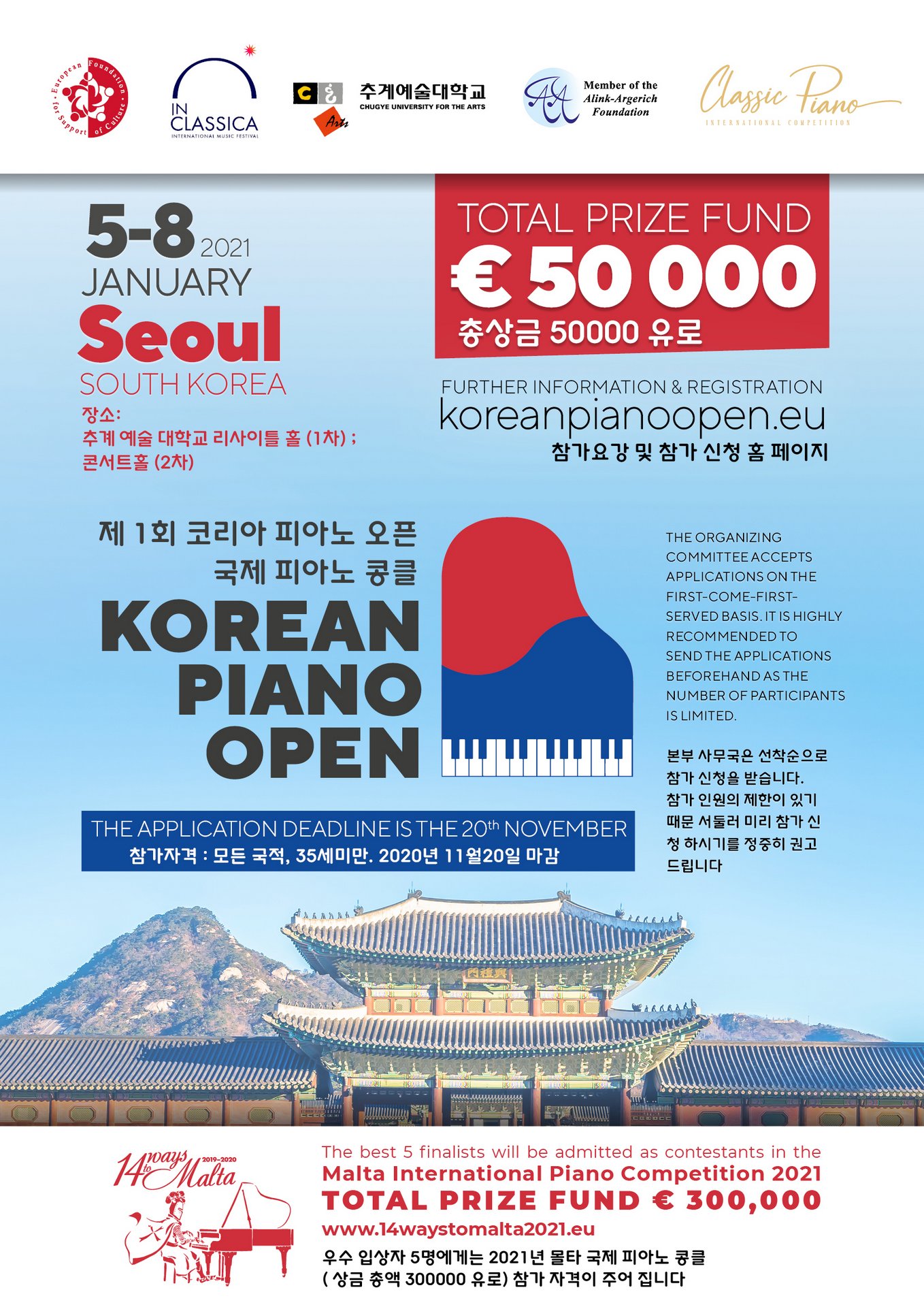 January 2021 was set to start the year with a celebration of pianistic excellence as Seoul prepared to host the inaugural edition of the Korean Piano Open, inviting talented young participants from across the world to compete for a total prize fund of €50,000 and the chance to take part in the ‘Classic Piano’ International Piano Competition later in the year.

Part of ‘14 Ways to Malta’, a series of international piano competitions leading to the 'Classic Piano' Malta International Piano Competition 2021, the five top-ranked participants from the Korean Piano Open will be invited to compete in the Maltese final stage for a grand prize of €200,000, with further prizes totalling €100,00 to be divided amongst the other ranked winning competitors.

The event will be held across two rounds, and will feature a range of repertoire including a selection of movements from a work by the event’s Composer-In-Residence, Alexey Shor.

The event is organised by the European Foundation for Support of Culture (EUFSC) represented by its President, Konstantin Ishkhanov. The EUFSC is a Malta-based foundation that seeks to promote and support cultural activities in Europe and around the world, to this end organising concerts, festivals, competitions, masterclasses, lectures and other events throughout the year.

“I am thrilled to announce the very first edition of the Korean Piano Open, the first of such events to be organised in Korea by the EUFSC and our first event to take place in 2021. I look forward to welcoming our participants as they test their musicality, technical brilliance and professionalism, and I wish everyone the very best of luck.” – Konstantin Ishkhanov, President of the EUFSC.

In 2019, the 14 Ways to Malta will consisted of 8 international piano competitions:

•23-26 May: American International Piano Competition and Festival (Washington, US)

In 2020, the project will host 6 international piano competitions: