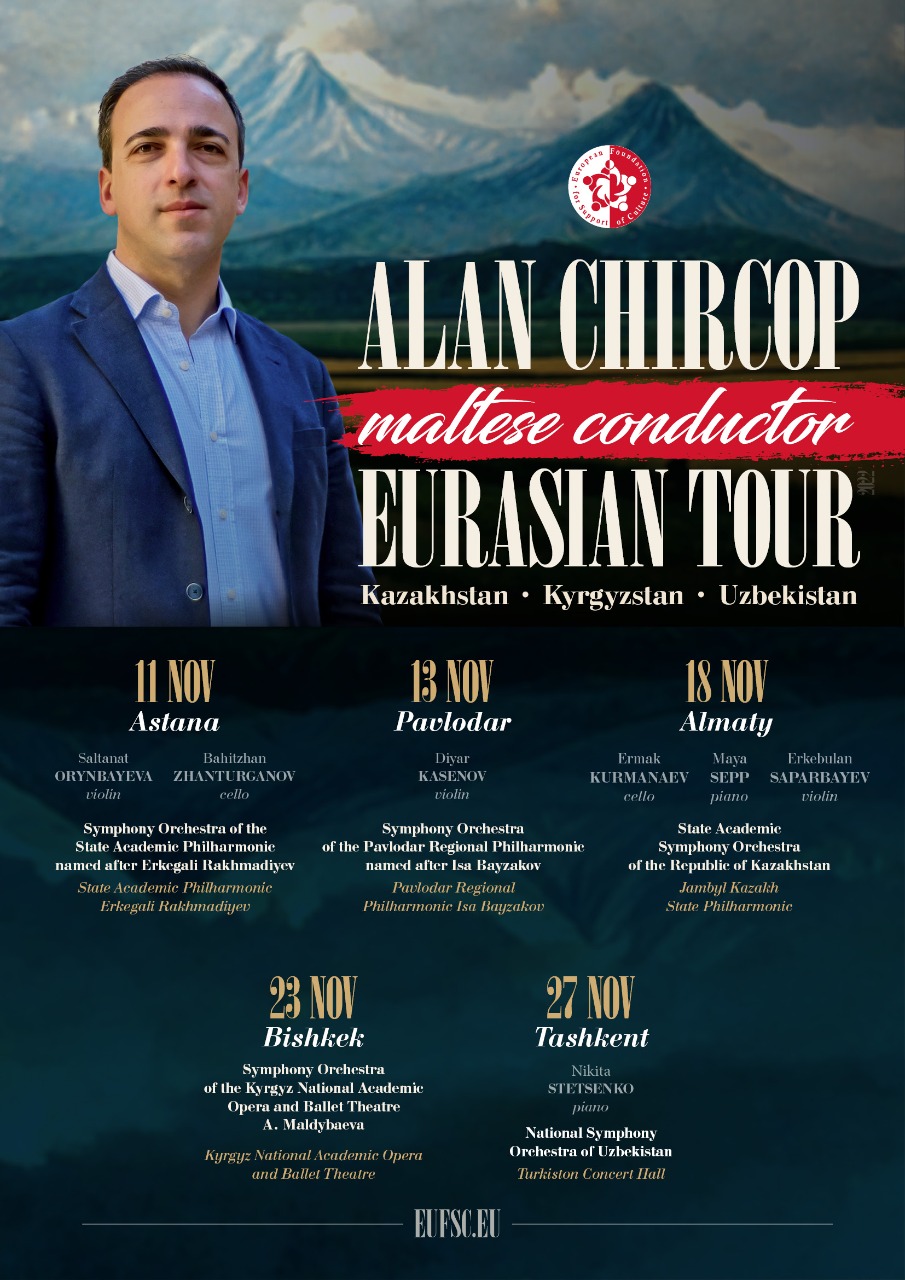 Over the course of November 2022, the European Foundation for Support of Culture is going to be organising a five-stop Eurasian tour for the distinguished Maltese conductor Maestro Alan Chircop.

Taking place from the 11th to the 27th of the month, the tour shall see Chircop joining up with a wide number of award-winning soloists and international orchestras, as he looks to present five symphonic concerts in various cities across Kazakhstan, Kyrgyzstan and Uzbekistan.

The first of these will be the Kazakh capital of Astana on the 11th of November, which will be followed by a concert in the city of Pavlodar on November 13th, and one in Almaty, also within Kazakhstan, on the 18th. Chircop will then be making the trip to Kyrgyzstan to conduct a concert in its capital city, Bishkek, on November 23rd, before bringing the tour to a close in Tashkent, Uzbekistan on November 27th.

Additionally, Chircop shall also be collaborating with various acclaimed international artists, such as the famed Kazakh violinist Diyar Kasenov, and renowned Uzbek conductor Alibek Kabdurakhmanov, to mention a few, with further names set to be announced shortly.