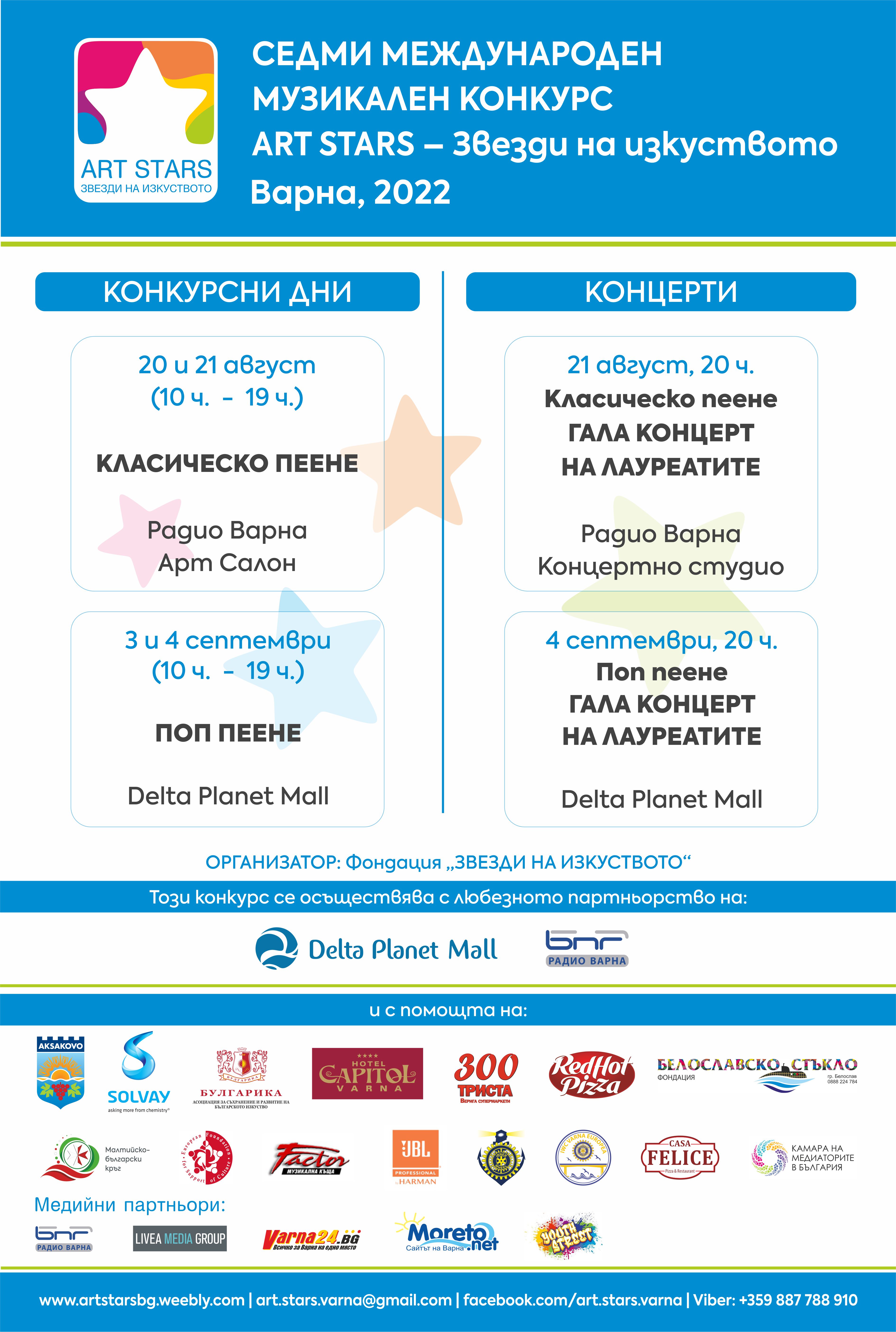 In summer 2022, the European Foundation for Support of Culture will be joining the Art Stars Foundation to present the 7th International Competition of Musical Arts in the Bulgarian city of Varna.

Held across two phases in August and September, the event will kick off with a Classical Singing competition at the Radio Varna Art Saloon on the 20th and 21st of August, with a second competition in the category of Pop Singing set to take place two weeks later at the Delta Planet Mall between the 3rd and 4th of September.

Both competitions will be presided over by an esteemed jury board of internationally-acclaimed artists, pedagogues and singers, including chairperson Daniela Dimova, Ivanka Ninova, Mariana Arsenova, Roberta Mattelli and Adriana Yordanova.

Each of the two contests shall be divided into three age groups, with the first comprising those entrants who are up to 18 years old, the second being for individuals aged between 19 to 25, and the third consisting of contestants over the age of 26.

Upon completion of their respective  competition, laureates will then be invited to participate in a special gala concert with the first scheduled to be held on the 21st of August at the Radio Varna Concert Hall, and the second on the 4th of September at the Delta Planet Mall.

All performers in the 2022 International Competition of Musical Arts will be conferred an honorary diploma, while the three top-ranked contestants in each age group also set to receive additional prizes in recognition of their achievements. Additionally, there will also be various Special Prizes awarded by the jury board and the competition’s official sponsors.