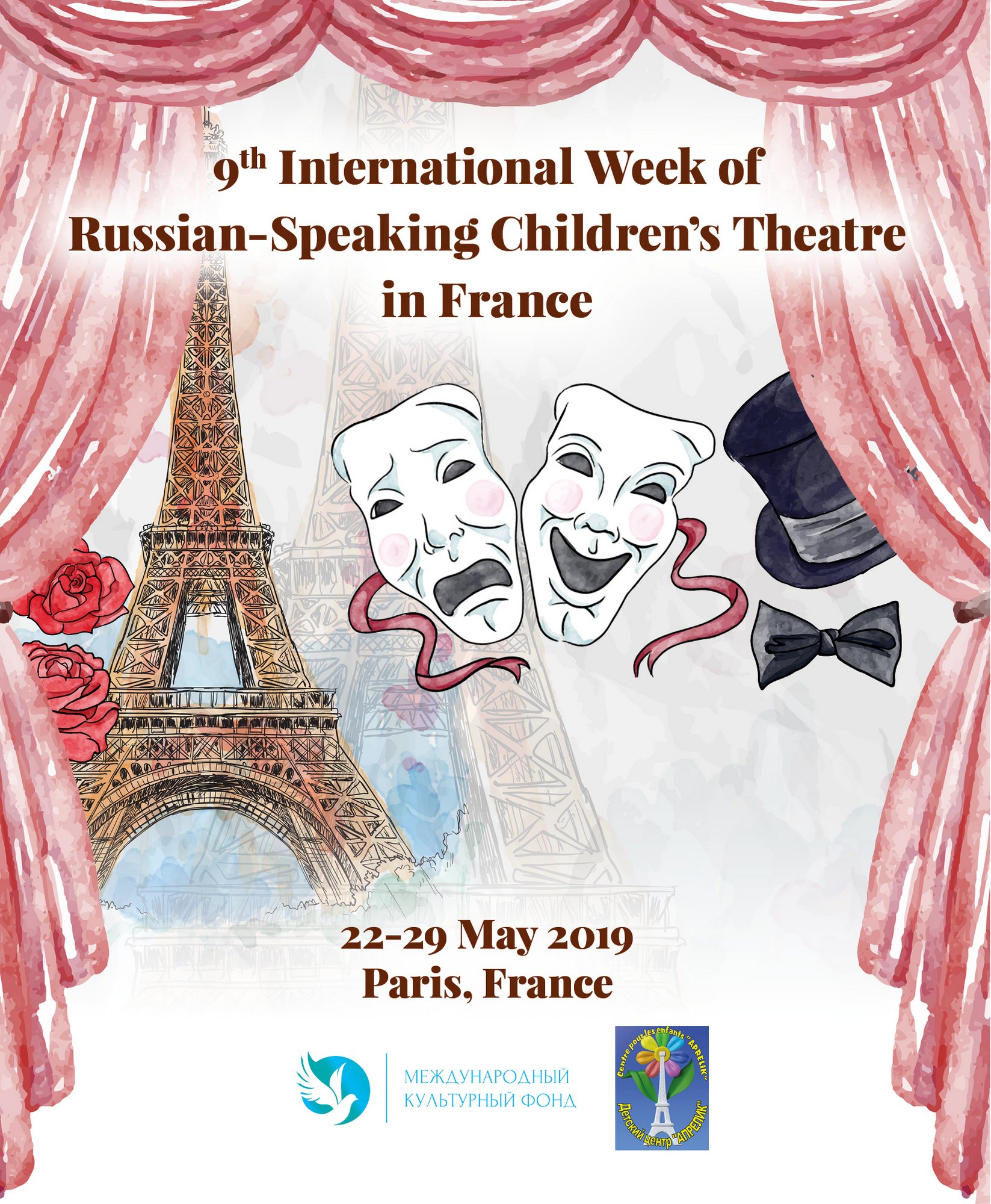 The 9th International Week of Russian-Speaking Children’s Theatre was held on 22–29 May 2019 in Paris at Île-de-France (France). The event was organised by the Dialogue of Cultures and Traditions Association (France), the International Centre for Russian Language and Theatre in Paris, Aprelique Russian Children’s Theatre and the Foundation for Promoting Preservation of Spiritual and Cultural Values of the World and Russian Culture “International Cultural Foundation” (Moscow), representing the European Foundation for Support of Culture. The project was supported by the Russian Embassy in France, the Russian Spiritual and Cultural Centre in Paris and by the Russian Centre for Science and Culture in Paris.

The International Week of Russian-Speaking Children’s Theatre was established as a venue for international creative collaboration in theatre between theatre studios and workshops. The project’s aims are to engage participants and audiences with the global theatre culture via their own theatrical work and to preserve the Russian language and culture among the new generation of the “Russian world.”

The festival was  traditionally attended by theatres from Russia, the CIS, Europe and America. The event features a show competition, master classes by world-famous professors, roundtables and creative laboratories; it  concluded with an awards ceremony. The competition’s panel of judges included influential figures from the world of theatre in Russia and France.

All participating theatres were awarded prizes and diplomas by the Festival organisers in France. The awards included the Grand Prix in the “For supporting the preservation of the Russian language and culture” category: a replica of “Musings about The Little Prince” sculpture by Arsen Avetisyan; its original is in the Modern Sculpture Park in the courtyard of the School of Philology at St Petersburg University; the Grand Prix in the “For preserving the Russian language and culture” category: “April” by the sculptor O. Alexandrova.