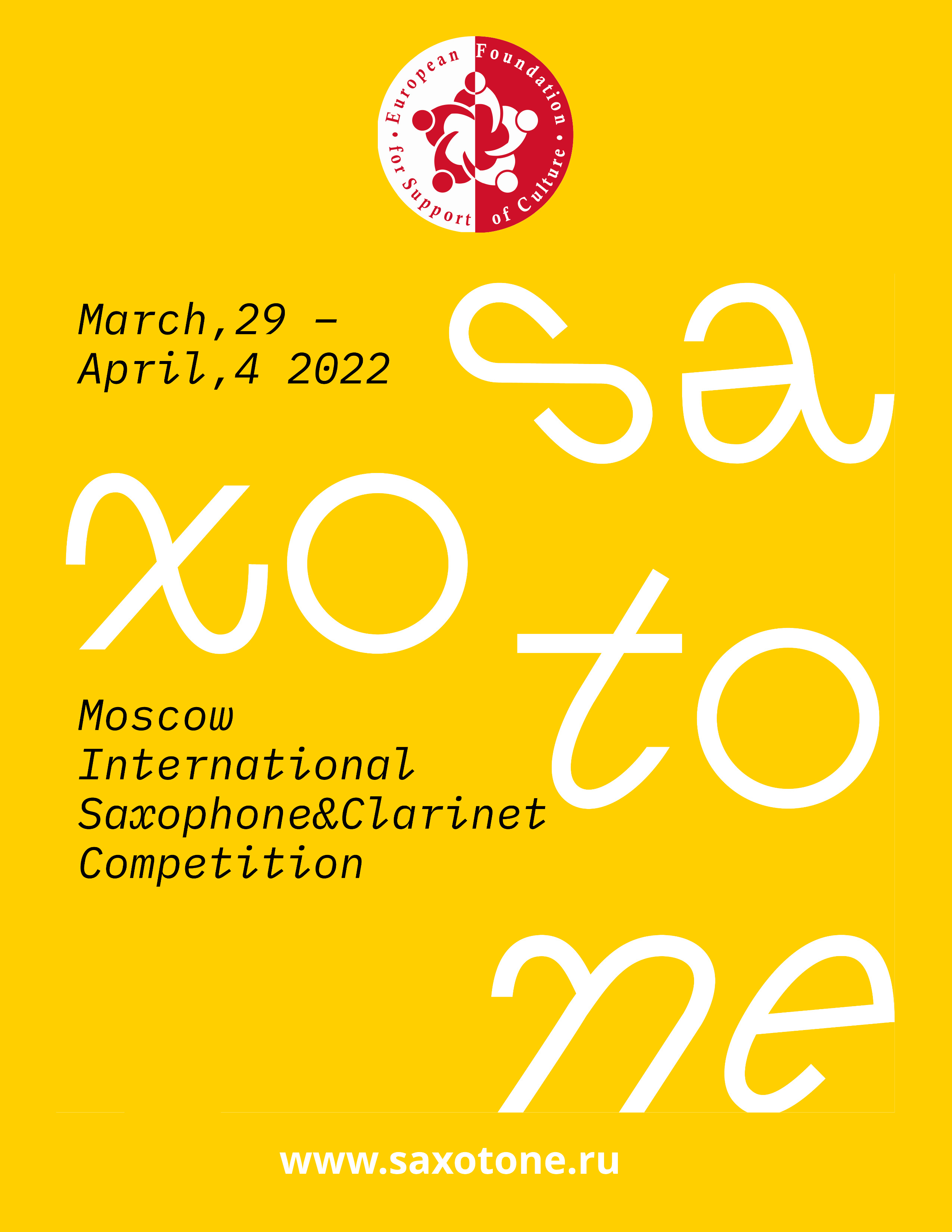 Between the 29th of March and 4th of April 2022, the European Foundation for Support of Culture, in collaboration with Kompaneets Music & Entertainment, Music Atelier "Vel", and the State Musical Pedagogical Institute named after Ippolitov-Ivanov, shall be organising the second edition of Saxotone, an international competition for saxophone and clarinet, in the Russian capital of Moscow.

Following the success of the first iteration of the event, which took place in 2020 in an online format due to the Covid-19 pandemic, the EUFSC has decided to renew the competition once more, this time in a physical setting, with the Moscow International Performing Arts Centre and the State Musical Pedagogical Institute named after Ippolitov-Ivanov being chosen as the hosting venues.

There will be three competitions taking place in all during this edition, namely for saxophone, for clarinet, and for ensemble, with the latter being open to saxophonist ensemble, clarinettist ensemble, classical wind ensemble, and classical woodwind ensemble. There are no age restrictions for ensemble applications, but the saxophone and clarinet competitions shall each be divided into four groups according to age. These shall be Junior Group A, for people up to and including 9 years of age, Junior Group B, for those aged 10-13, Middle Group, for 14-17 year olds, and Senior Group, for applicants aged 18-29.

Winners from each of the age groups shall be awarded with instruments from some of the world's leading manufacturers – including Yamaha, RZ Woodwind Manufacturing, Rampone & Cazzani, D. Krenz, and others – as well as mouthpieces, ligatures, reeds and other valuable accessories from the competition partners, who include brands like D'Addario Woodwinds, and Legere within their ranks.

Each competition shall also have its own specialised jury overseeing each round for all the age groups, consisting of some of the biggest respective names in both instruments from all over the world. The saxophone jury shall be made up of Vincent David (France), David Brutti (Italy), Asya Fateyeva (Germany), Alexey Volkov (Russia), and Leonid Drutin (Russia). The clarinet jury, meanwhile, will consist of Milan Rericha (Czech Republic), Nathalie Lefévre (Belgium), Vladimir Permyakov (Russia), and Mikhail Oblezov