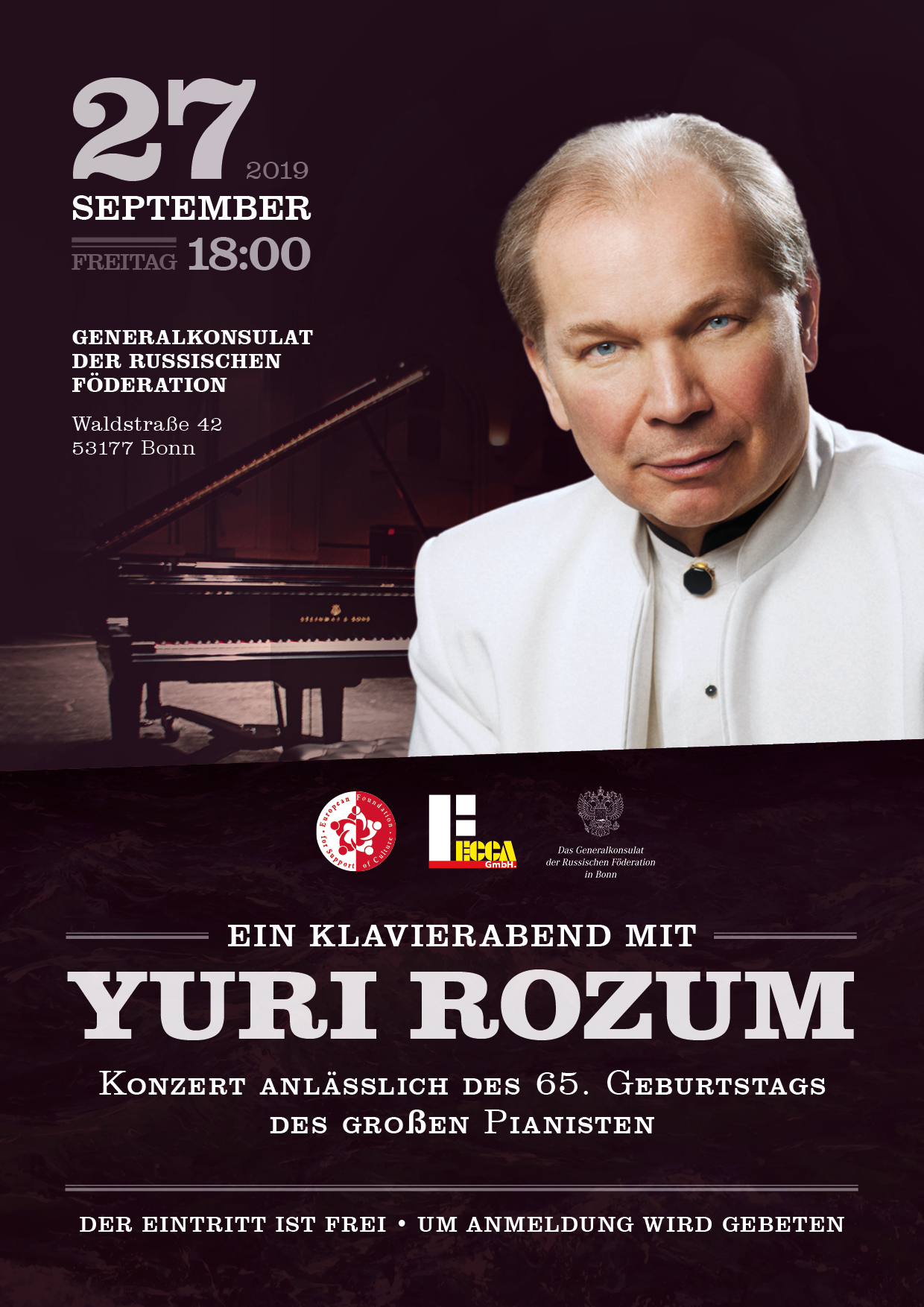 In 2019, world-renowned pianist Yuri Rozum celebrated several anniversaries at once: his 65th birthday, the 45th anniversary of his musical career and the 25th anniversary of his charity work. On 27 September, the Consulate General of the Russian Federation in Bonn (Germany), the European Foundation for Support of Culture and the European Centre for Culture and Arts (Germany) presented an autumn concert “Chopin Evening” where the maestro  performed the best works by his beloved Polish composer.

Today, Yuri Rozum is in great demand in Russia and abroad. He has a phenomenal technique; a master of sound, he increases the pace of his artistic work every year. Maestro Rozum takes the stage over 300 times a year and gives about 50 master classes; his repertoire includes about 30 solo programmes consisting of works by classics and Romantics, 20 concerts for piano and orchestra, and many chamber ensembles.Yuri Rozum has recorded 22 CDs.

The maestro focuses particularly on training young musicians. As a Professor at the Gnesin Russian Music Academy and Schnittke Moscow State Institute of Music, he has many students to whom he conveys the secrets of his professional mastery.

In 2005, the Yuri Rozum International Charity Foundation was established to provide financial and creative assistance to young musicians from across Russia. Over the years, the Foundation has helped nearly a thousand stipend-holders, many of whom regularly win the biggest international competitions.

Yuri Rozum had performed in Germany before, each time with great success and to standing ovations. The celebratory concert on 27 September was expected to be attended by high-ranking guests, including members of the diplomatic corps and statespersons