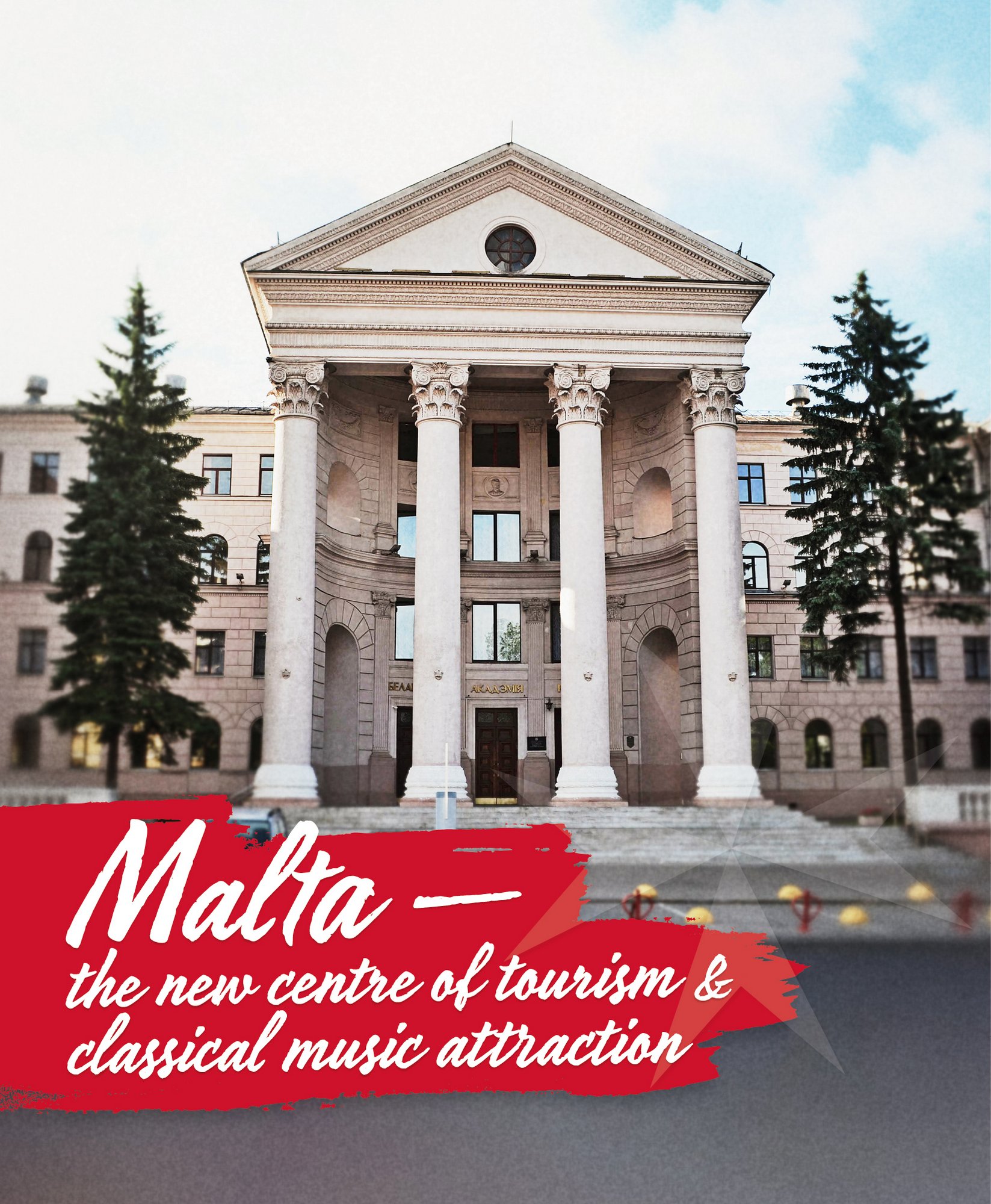 In January, the European Foundation for Support of Culture, with media support of the “Valletta 2018” Foundation and the Malta Tourism Authority,  launched a project entitled “Malta – the new centre of tourism and classical music attraction”, which was held in the format of a presentation concert at European conservatories and to which all interested students were invited.

As part of the project in Minsk, a presentation concert was held on 14 February at the Belarusian State Academy of Music, Belarus. The students had a unique opportunity to get to know Malta, learn about the activities of the European Foundation for Support of Culture and its educational projects, as well as international piano, violin and wind competitions for young talents.

In December 2017, the Belarusian State Academy of Music celebrated its 85th anniversary. The history of the Belarusian State Academy of Music is inextricably linked to that of the entire musical culture of Belarus in the 20th century. It was at the Academy of Music that a national school of composers took shape, founded by Professor Vasily Zolotaryov, a student of Nikolay  Rimsky-Korsakov. The first graduates of the composition class were Anatoly Bogatyrev, Pyotr Podkovyrov, Vasily Yefimov, Anatoly Popov and Mikhail Kroshner. Composers Nikolay Aladov, Vladimir Olovnikov, Evgeny Glebov, Igor Luchenok, Dmitry Smolsky, Andrei Mdivani, Galina Gorelova, Vyacheslav Kuznetsov, Viktor Voytik, Oleg Khodosko and others are also associated with the Academy.

The presentation  concluded with a performance by violinist Karen Shakhgaldyan, laureate of Pablo Sarasate International Violin Competition, and young pianist Ruben Kozin, laureate of the Eurasian Music Games, who  together performed popular works by Maltese composers