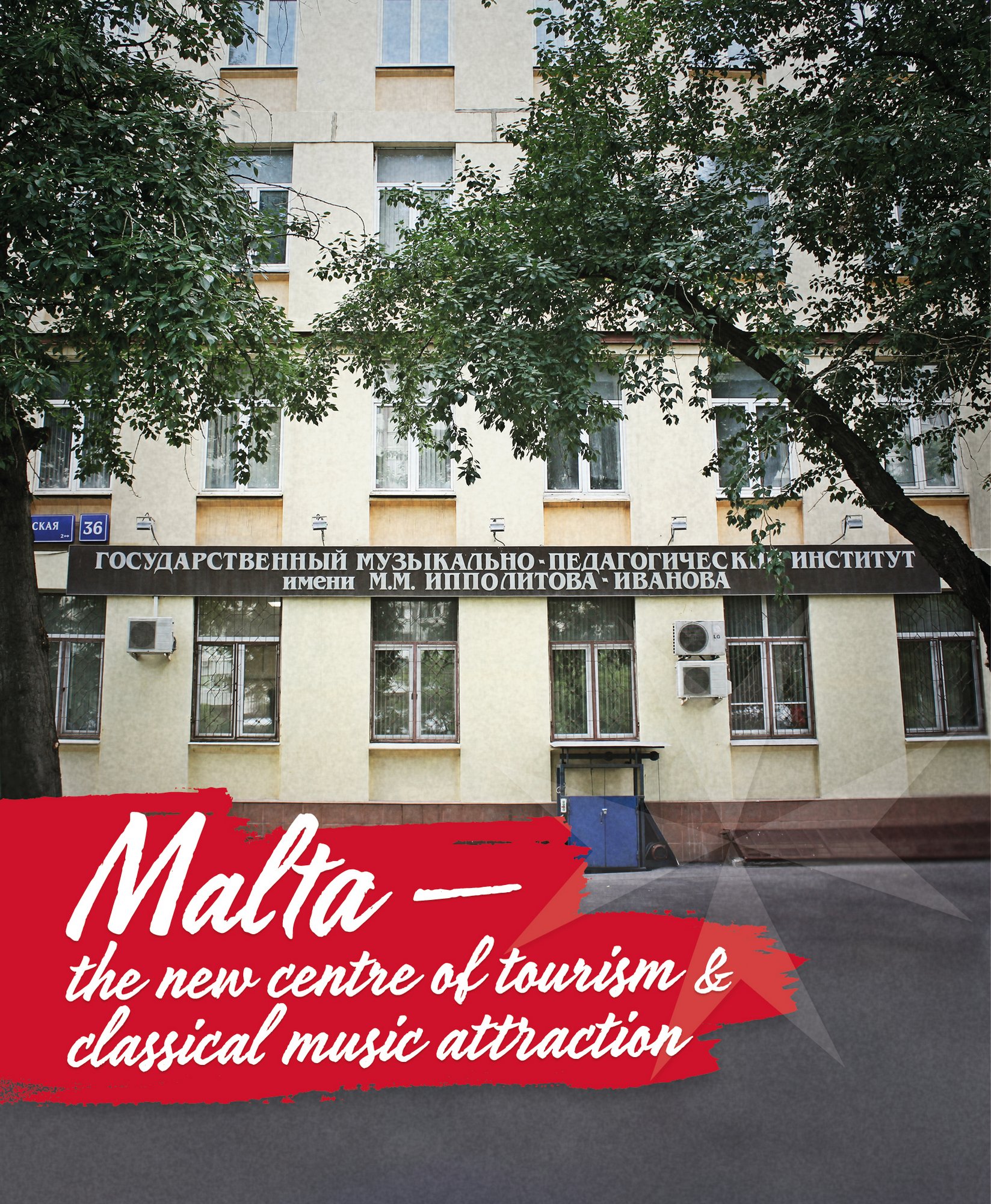 As part of the project in Moscow, a presentation concert was held on 30 March at the State Musical Pedagogical Institute named after M.M. Ippolitov-Ivanov, Russia. The students had a unique opportunity to get to know Malta, learn about the activities of the European Foundation for Support of Culture and its educational projects, as well as international piano, violin and wind competitions for young talents.

Today, the Institute is actively developing. New departments and fields are being opened, valuable scientific works and printed music are being published, contests and festivals are being established, foundations are being laid for expanding the material and technical facilities and introducing advanced technologies into the educational process. Among the graduates and teachers of Ippolitovka are a lot of iconic names from the chronicles of Russian and world music who are continuing to glorify Russia and represent its art abroad: Alexei Kandinsky, Soviet and Russian musicologist, teacher, author of numerous works on the history of Russian music, professor at the Moscow Conservatory, Merited Performer of the RSFSR; pianist Mikhail Voskresensky, Professor at the Moscow Conservatory, President of the International Scriabin Society, People’s Performer of the RSFSR; composer and violinist Alexei Aigui, winner of international competitions, leader of Ensemble 4’33; soprano Marina Poplavskaya, winner of many prestigious vocal competitions, soloist at the Covent Garden and the Metropolitan Opera, and many others.