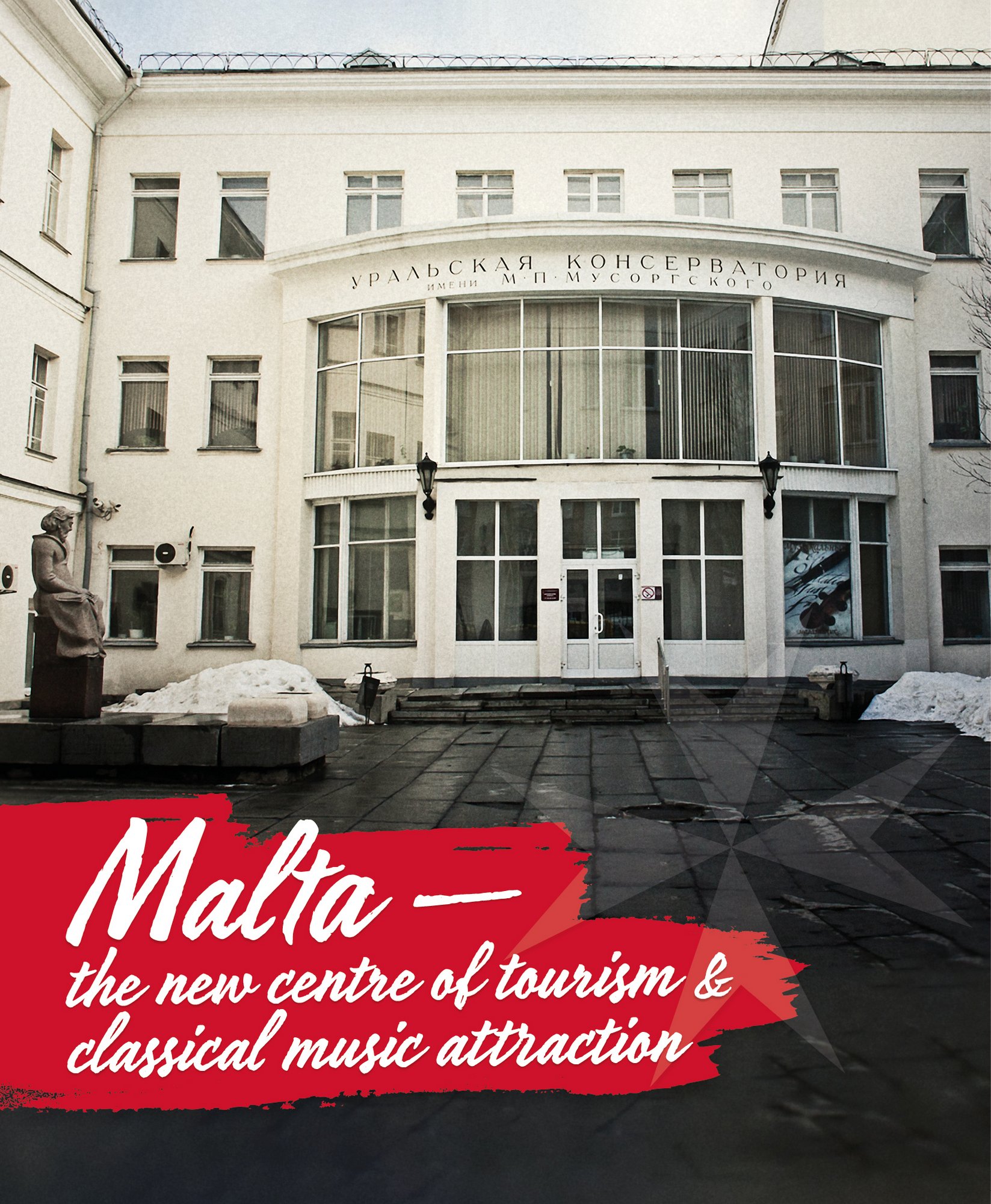 As part of the project in Yekaterinburg, a presentation concert was held on 19 March at the Urals Mussorgsky State Conservatoire, Russia. The students had a unique opportunity to get to know Malta, learn about the activities of the European Foundation for Support of Culture and its educational projects, as well as international piano, violin and wind competitions for young talents.

The Conservatoire was founded in 1934 and became the first higher musical education institution in the USSR east of the Volga Region. Among the founders of the Conservatory were composers Markian Frolov, its first rector, and Viktor Trambitsky, founder of the Urals musical-theoretical school.

To date, music education at the Urals Mussorgsky State Conservatoire is provided in 16 departments in the form of a bachelor’s degree, specialist, postgraduate studies and internships. The Conservatoire is proud of its faculty: about one hundred specialists (about 90% of the total staff) are professors and associate professors, have doctorates (6) and Candidates of Sciences degrees (26), hold honorary titles of people’s and merited performers, honoured art figures and honoured workers of culture (53). Famous graduates include Vladislav Kazenin, head of the Union of Composers of Russia, People’s Performer of Russia; Soviet and Russian conductor, People’s Performer of the RSFSR Pyotr Gorbunov; Nathaniel Berman, Soviet and Israeli trumpeter, soloist of the National Symphony Orchestra of Israel (Haifa), and professor at the Kfar Saba Conservatory; Alexander Trushkov, Russian oboist and music teacher, soloist with the Mariinsky Theatre Symphony Orchestra and the Sverdlovsk Philharmonic Orchestra, Merited Performer of the Russian Federation, and many others.

The presentation concluded with a performance by violinist Karen Shakhgaldyan, laureate of Pablo Sarasate International Violin Competition, and young pianist Ruben Kozin, laureate of the Eurasian Music Games, who  together performed play works by Maltese composers.