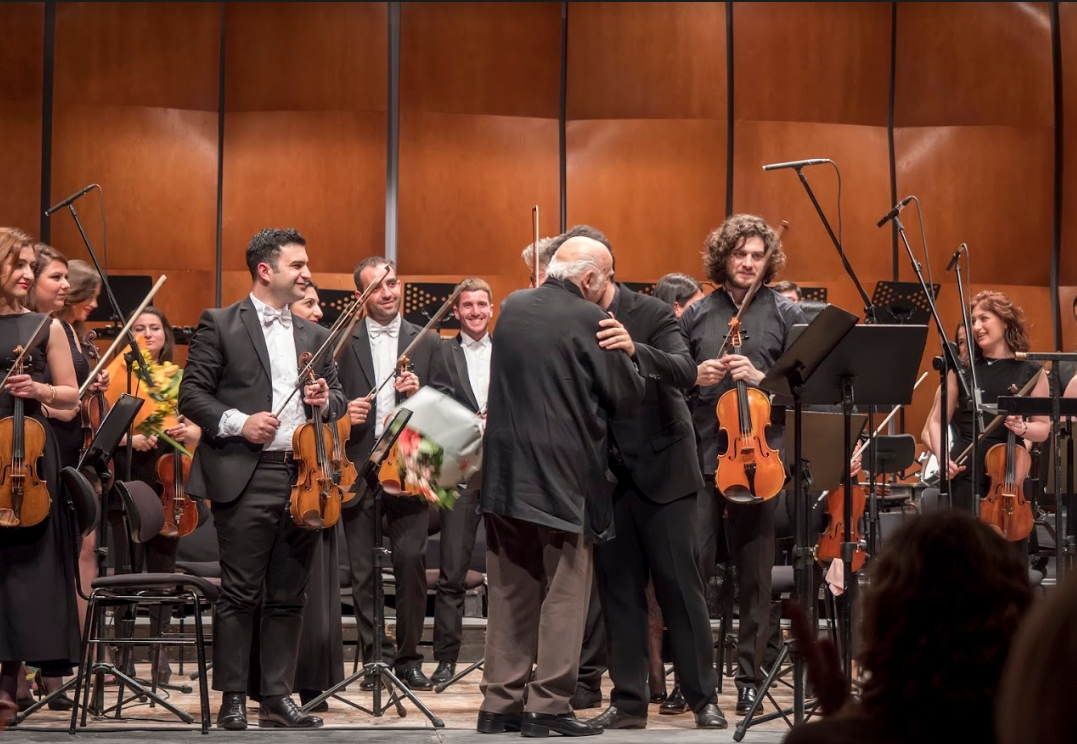 In Valletta, European capital of culture, on the occasion of the Malta International Music Festival, was held a concert dedicated to the works of Gia Kancheli.

His music is made of moments, hints and pauses. It is unspeakable, unspoken, transcendent. Its abysmal insights are hidden behind sweetest melodies vanishing in the thin air, felliniesque absurdity smiling like Giulietta Masina. Ascetic art nouveau. Deliberate simplicity of orchestral writing, deceptive artlessness of harmonies, fragility of moments filled with sounds, aesthetic piano and devilish fortissimo. Superiority of afterlife over life. And over death, too. 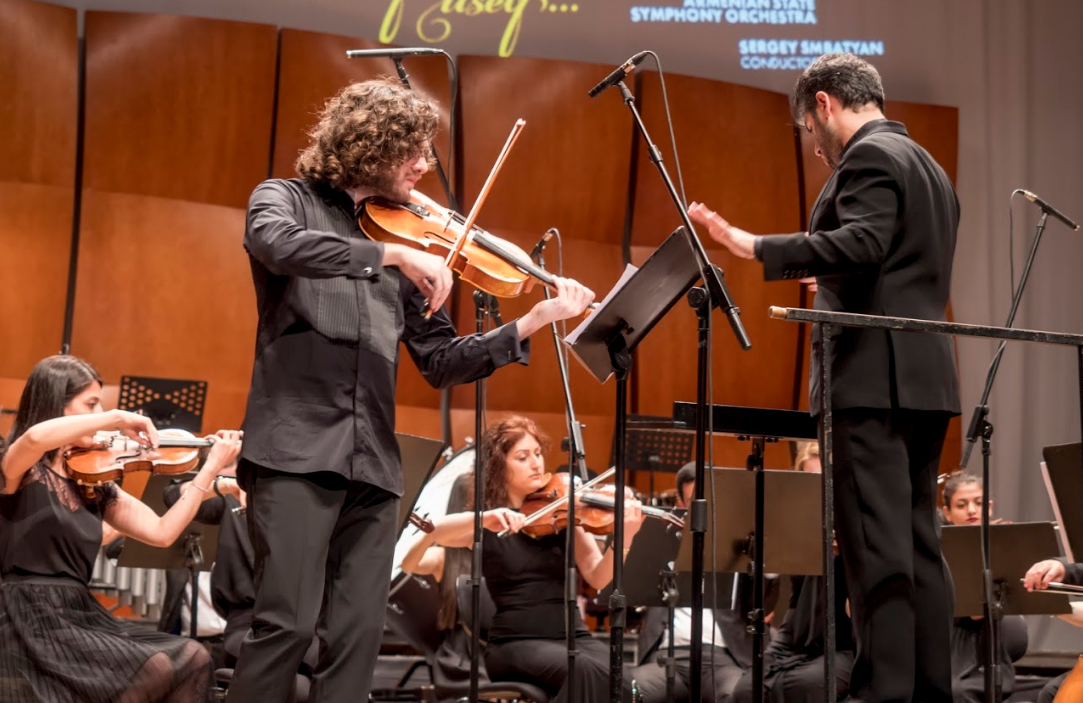 Each “Letter”, said Kancheli at the press conference held before the concert, was dedicated to those personalities, who re-shaped his artistic perceptions. All music miniatures were written for various theatrical productions and movies. Unlike “Letters to friends”, “Chiaroscuro” belongs to a completely different genre. If “Letters” were written with the stage directors and filmmakers’ preferences in mind, in “Chiaroscuro” the composer chose to become a filmmaker,  and a screenwriter, and a choreographer himself. Therefore the latter piece he composed for himself.

“Letters” were performed by the incredible young violist Georgi Zagareli. Each miniature was like a micro-story with an open ending, a scene from a stage play, a chord, a timbre, a note, a stroke. And everything else in between them. Amazing Georgian musician, who lived through every moment of sound and silence, shared a great variety of colors and overtones of Kancheli’s music, and managed to depict its philosophical carnival. Zagareli’s viola was telling stories, singing and laughing, joking; at times the young musician, together with the composer, were ironically speaking about the world and themselves. Art, in general, is a frivolous subject. After all, since Shakespeare’s era we all know about Difficulty of Being Earnest.

In “Chiaroscuro”, before the audience and the composer himself who was present at the concert, the fantastic Italian violinist Andrea Cortesi, one of 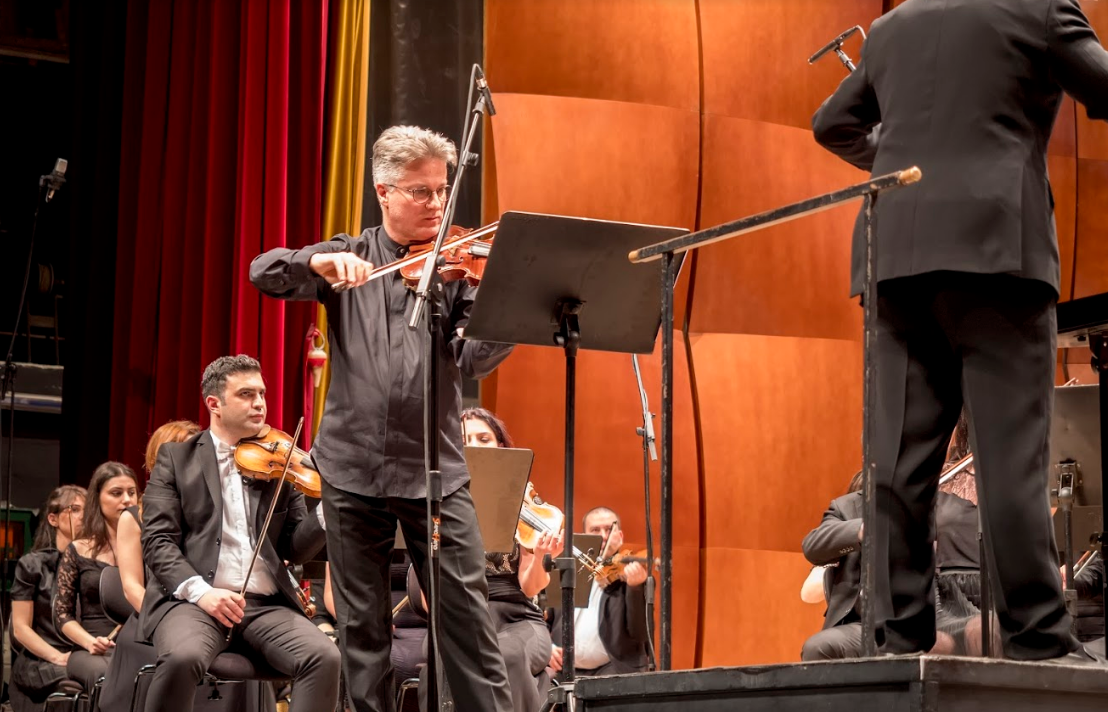 the most expressive interpreters of Kancheli, made a confession. He wasn’t just performing — he was drawing pictures inspired by divinity, using contrasts of light, shadows and reflections, fighting along the way with unexpected attack of the kettledrums and spontaneous outbursts of percussion. In the middle of slow, quiet part his violin suddenly started fuming with the frantic pace, the fiery-paced, loud demonic laughter. And once again reminded that Cortesi — quite rightly — thinks that his violin is made by Devil. His perfect performance one can describe by all that what is enclosed in a single English word “spiritual”.

Needless to say, the delightfully musical young conductor Sergey Smbatyan and the chamber section of the Armenian State Symphony Orchestra turned out to be the people of the same spiritual category — they perfectly understood and passed on the clear and sharp message of the gloomy Georgian genius.

The audience was meditating, willingly succumbing to the collective hypnosis. However, subconsciously they nevertheless clearly heard the Eternity speaking to them there and then. In the spacious Republic Hall hall of the Mediterranean Conference Centre — the former hospital of the Knights of St. John — the unworldly music was slipping to disappearance, almost a dream.

“God Almighty who refused to accept me must have thought of giving me a chance to visit Malta,” said Giya Kancheli to me in his interview. I wish to add that Lord must have taken care of those who still wander on Earth. 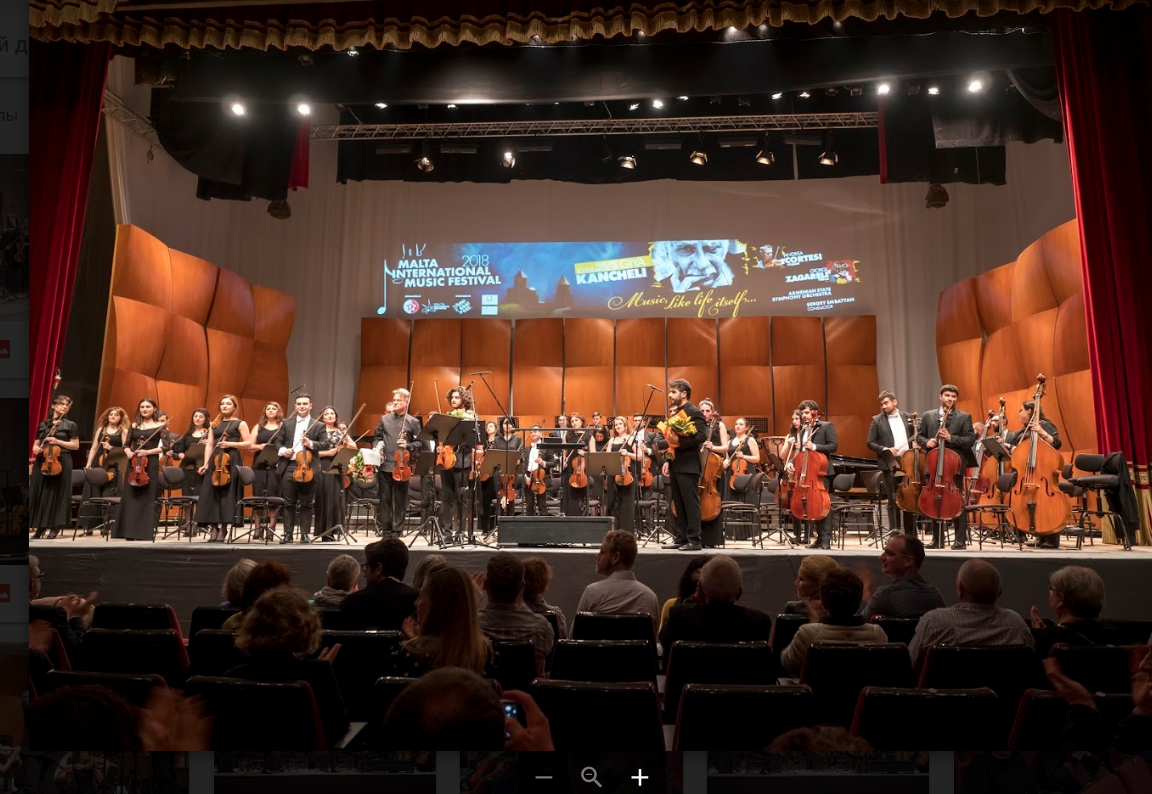