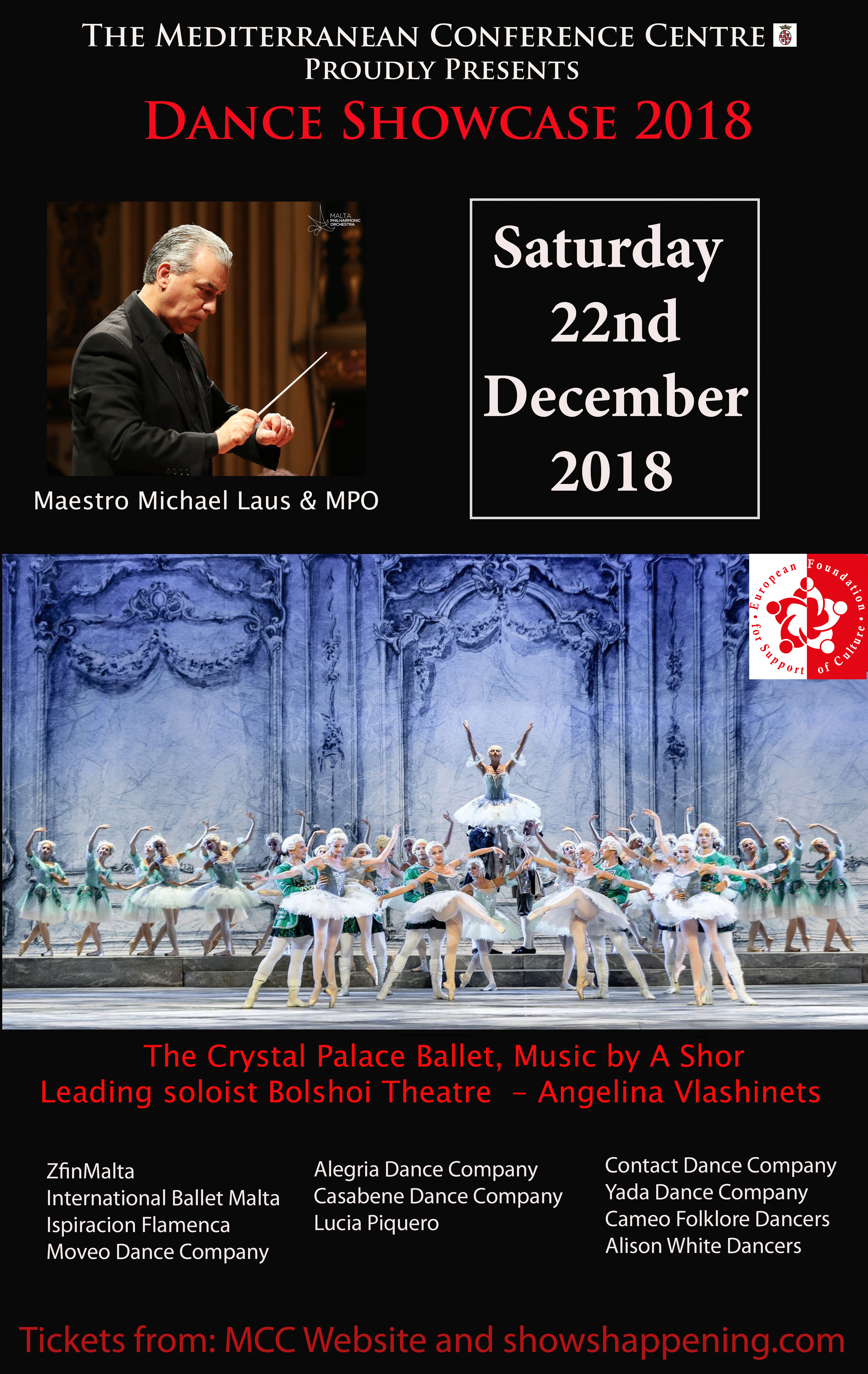 Dance is one of the most popular and widely practiced art forms in Malta, especially among young people. The European Foundation for Support of Culture, together with the Mediterranean Conference Centre, is holding a dance marathon with participation of Maltese dance ensembles representing a rich diversity of styles and forms.

Over two days in December, the Republic Hall, the main concert hall of the Mediterranean Conference Centre, will host this celebration of dance.

The Mediterranean Conference Centre is situated next to the town wall of Valletta in the historical area of Sacra Infermeria where, starting in 1604, a hospital was built by the Maltese Order of St. John, with the longest ward in the world, which was 155 metres long. Nowadays this is the most prestigious and magnificent hall in Malta and is used for international conferences, exhibitions, concerts and theatre shows. The Mediterranean Centre is a member of the Association of Historic Conference Centres of Europe.

The best dance schools and dance ensembles have been invited to take part in the dance marathon. Apart from young Maltese participants, the stage of the Republic hall will welcome renowned dancers, including leading soloists of the Bolshoi Theatre (Russia).

he EUFSC is making a Christmas present to all the Maltese and guests of the island: at the Mediterranean Conference Centre, in the frame of the Dance Showcase 2 project, the Crystal Palace Ballet would be staged just before the holidays. The ballet would be accompanied by the live performance of the Malta Philharmonic Orchestra, music by Alexey Shor.

The plot of the ballet is based on a historical episode happened at the court of the Russian Empress. Anna Ioannovna who was famous for her passion for luxurious celebrations and odd entertainment once decided to marry her court jesters in a palace made of ice and built on the Neva river.
The ballet consists of 2 parts and the audience in Malta will have a chance to see a couple of scenes from the performance such as the Dance of the Flower, Dance of the Butterfly and Dance of the Fairy of the Frozen Garden Flower.

At the end of the dance marathon there will be an awards ceremony, during which all participants will receive well-deserved prizes.

Dance Showcase marathon will be broadcast on national television.