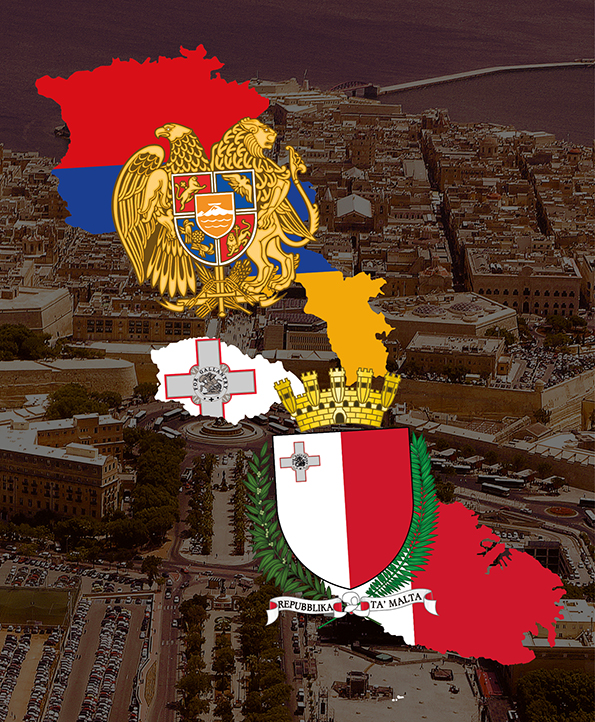 From April 18 to April 30, the European Foundation for Support of Culture, in cooperation with the Ministryof Justice, Culture and Local Government of Malta  and the Ministry of Culture of Armenia and the ArtsCouncil Malta is organizing “Days of Armenian Culture”.

The programme of these festivities is highly varied. There will be a concert to mark the 115th anniversary of birth of the great Armenian composer Aram Khachaturian. In honor of this notable event, there will be performances by famous violinist Aiman Musakhajaeva, rector of the Kazakh National University of Arts, will perform with the Malta Philharmonic Orchestra conducted by Sergey Smbatyan, merited artist of Armenia. There will also be a concert of the Malta Philharmonic Orchestra together with the Armenian State Symphony Orchestra led by its founder, artistic director and principal conductor Sergey Smbatyan; a concert of young musicians from Malta and Armenia – participants of the Eurovision international competition; a series of concerts by young talents from Armenia and Malta who will perform compositions of world renowned composers and playing Armenian folk music instruments; a performance of the Armenian dance company from France presenting a programme of national dances; and an exhibition dedicated to famous Armenian composers Khachaturian and Komitas.

As part of the festivities, a “Secret of Stones” exhibition will be held, featuring rare exhibits from the A.Tamanian National Museum-Archeological Institute and a “Khachqarer” (Armenian cross-stones) exhibition.

The programme also includes a concert dedicated to the creative activities of famous Armenian composer Tigran Mansurian, nominated for Grammy 2018 Music Award, during which Maltese musicians will share the stage with with Austrian pianist from Armenia Nareh Arghamanyan; a presentation of documentaries created by merited artist of the Republic of Armenia, Artavazd Poleschian; a display of works of young talented film directors; a concert of known Armenian musicians who will present works of modern Maltese composers; a concert of the world renowned Khachaturian Trio ensemble; a concert bearing the intriguing name of “The Magic Cello” for which Narek Hakhnazaryan, merited artist of the Republic of Armenia, winner of the Tchaikovsky Competition, will be performing with the Armenia State Symphony Orchestra directed by conductor Tigran Hakhnazaryan.

These events will take place at the most prestigious venues of Malta, including the San Anton Presidential Palace, the Parliament building, the Ministry of Gozo, and in the Oratory of St. Francis.

Attendance of VIPs, members of the diplomatic corps, representatives of ministries, patrons of art and members of the Armenian diaspora is expected at the event. The events will be covered by leading international news channels and agencies, including the First Channel of Armenia TV, Euronews and Malta TV Channel One and by many others.