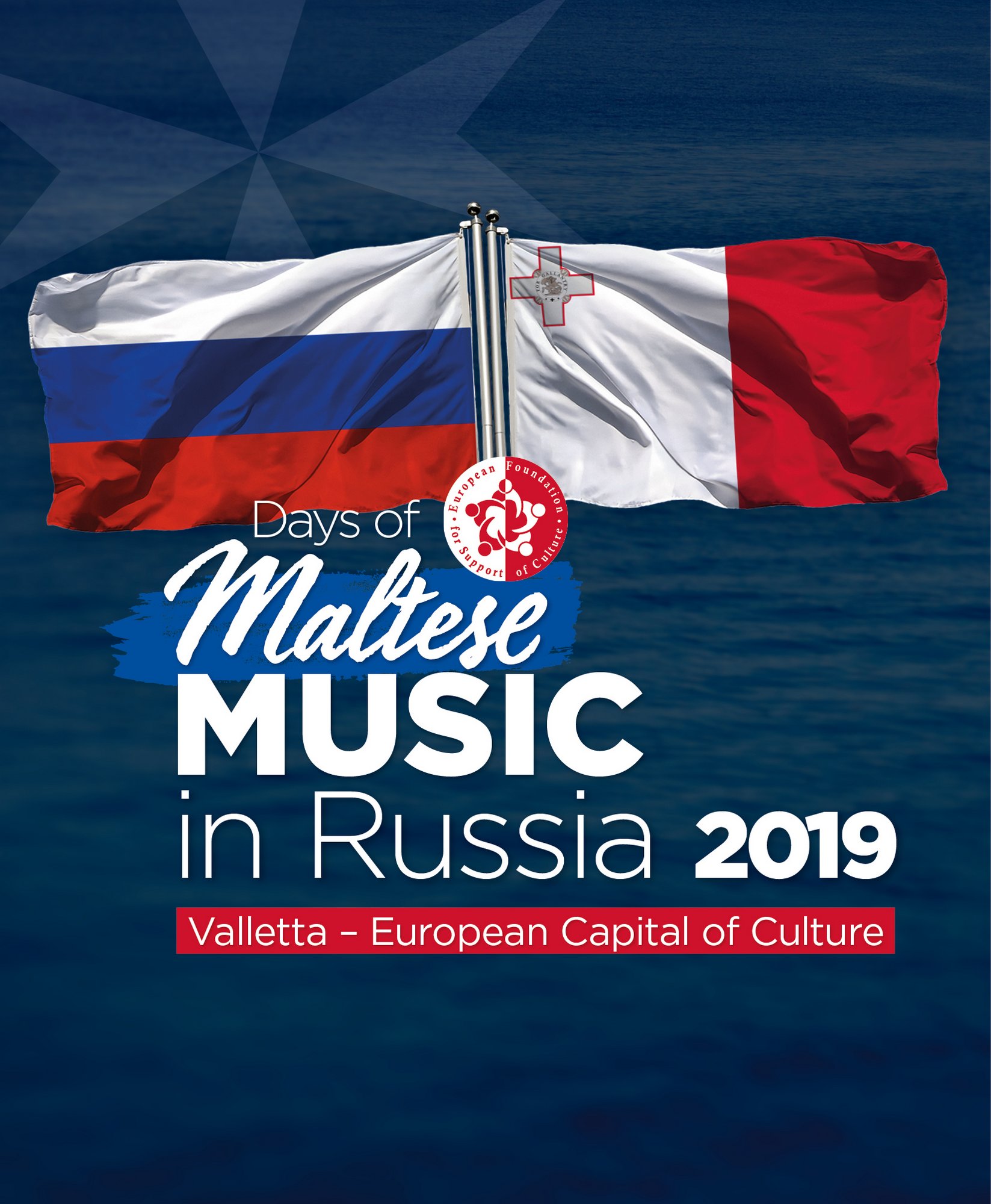 In 2018, Malta’s capital city Valletta was named a European Capital of Culture. In view of this, the European Foundation for Support of Culture organised a number of major projects – Days of Maltese Music around the world.

From 25 May to 15 December 2019, the Days of Maltese Music are being  held for the second time in Russia at the best concert venues of Kislovodsk, St Petersburg, Barnaul, Petrozavodsk, Sochi, Ryazan, Astrakhan, Omsk, Chelyabinsk and Saratov. Also involved in the project are the Association for Support of Cultural Initiatives (Russia) and the Embassy of the Republic of Malta to Moscow.

The concert programmes for the Days of Maltese Music in Russia will embrace works by renowned Maltese composers, such as Joseph Vella, Charles Camilleri, Alexey Shor, Albert Garcia and Karl Fiorini. The Days will also feature works by Russian and other distinguished European composers.