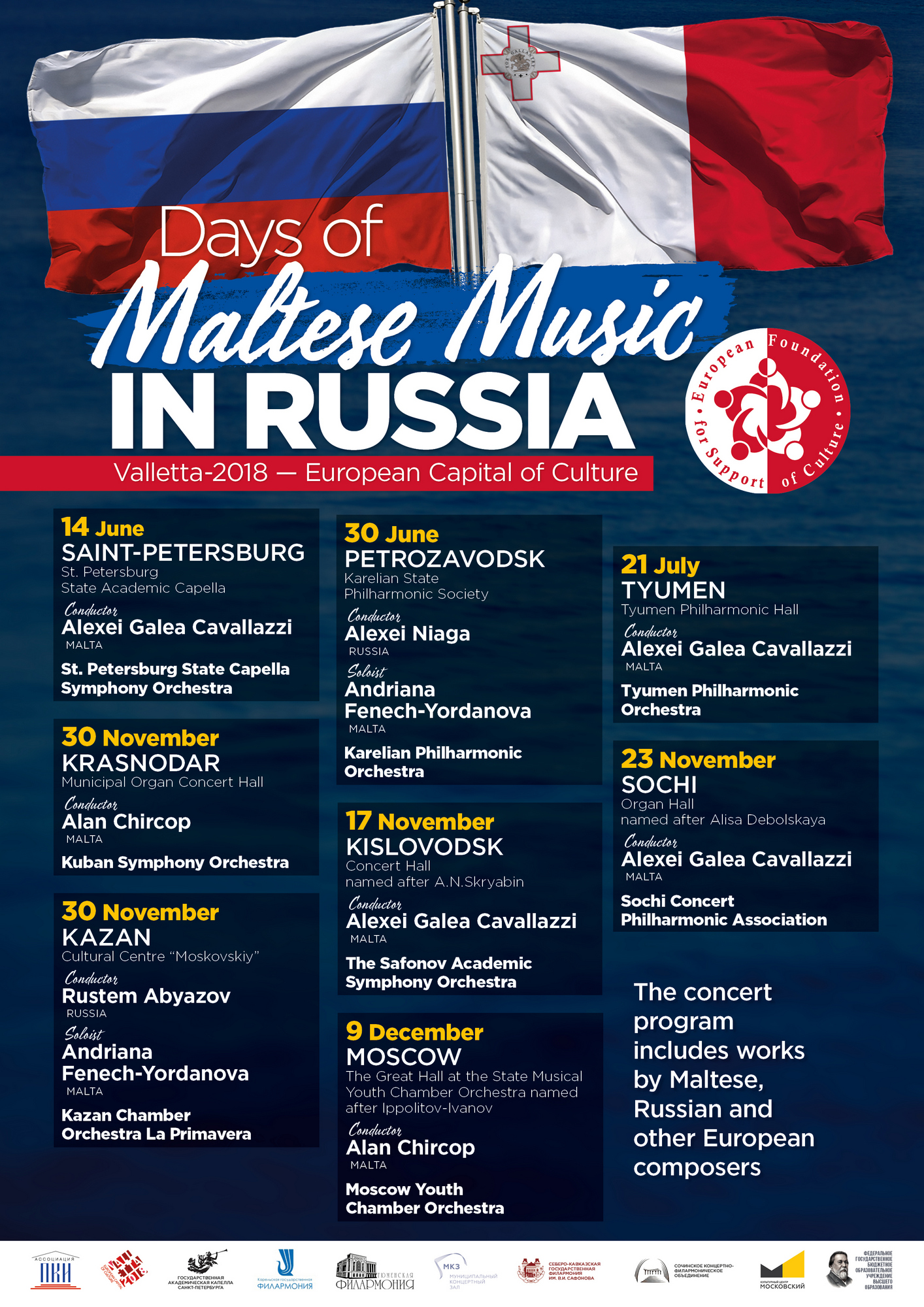 In 2018 Valletta received the title of the European Capital of Culture. In this regard, the
European Foundation for Support of Culture organizes a big project – “Days of Maltese
Music in Russia” – that takes place in the period from June until December in the best
concert halls of Moscow, St. Petersburg, Sochi, Krasnodar,
Tyumen, Mineralnye Vody, and Kazan.
The Days of Maltese Music project are being held by the EUFSC with support
of the Association for Support of Cultural Initiatives in cooperation with
the Moscow State Conservatory, the St. Petersburg State Academic Capella,
the North Caucasian Philharmonic named after Safonov, the Kuban
Symphony Orchestra, the Sochi Concert Philharmonic Association, the
Kazan Chamber Orchestra “La Primavera’, the Yaroslavl State Symphony
Orchestra, and the Karelian Philharmonic Orchestra.
The project unites famous Maltese and Russian musicians.
For real admirers of classical music, during the Days of Maltese Music, compositions by
Maltese composers will be performed, such as Joseph Vella, Charles Camilleri, Karl Fiorini,
Alexey Shor, Albert Garcia, as well as music of famous Russian composers and others.
All performances of the project will be widely covered by the local and international media,
including popular TV and radio broadcasting stations.