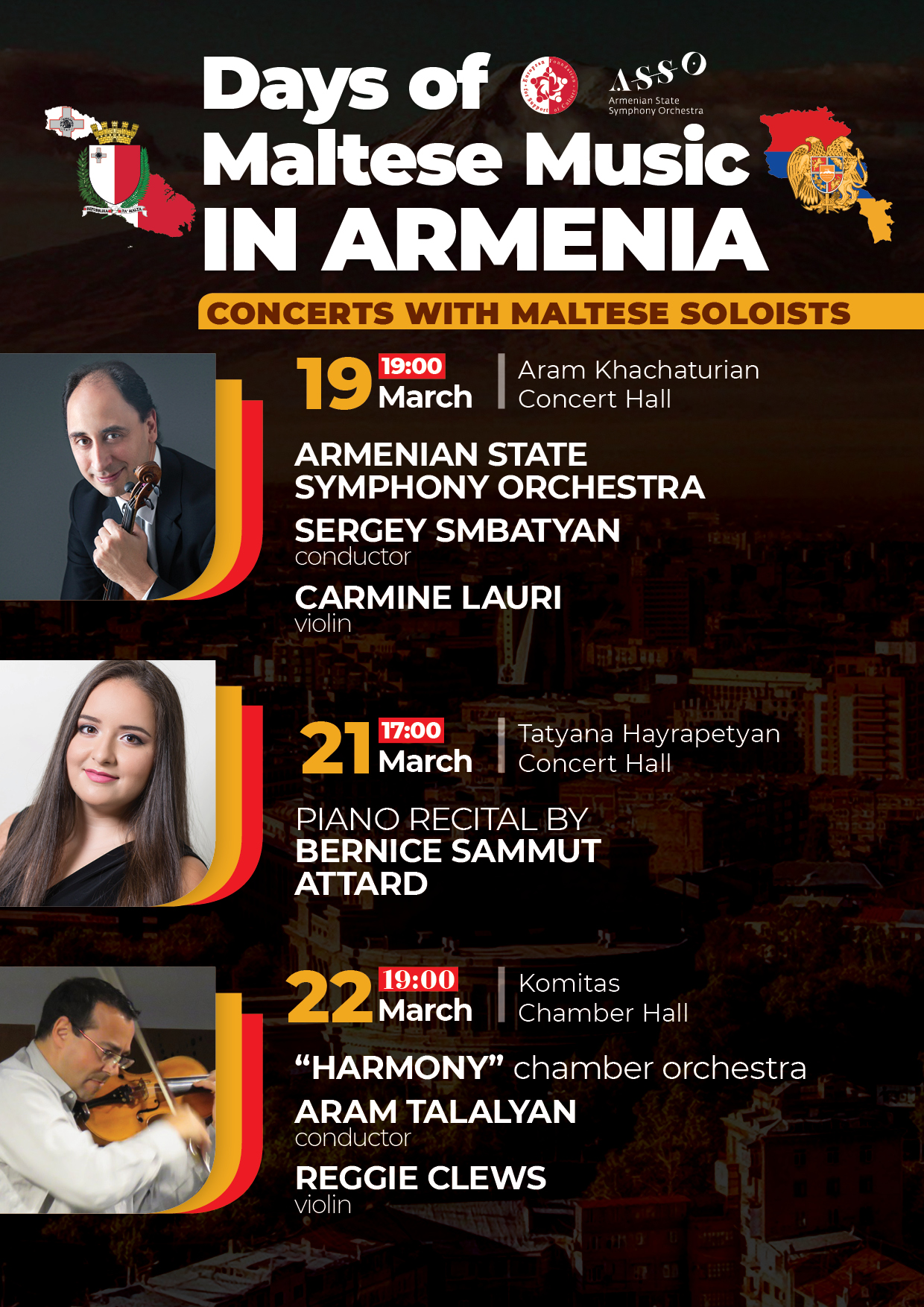 In 2018, Malta’s capital Valletta was declared Europe’s capital of culture. To mark this event, the European Foundation for Support of Culture held a series of major projects, “Days of Maltese Music”, around the world.

Between 19 and 22 March 2019, Days of Maltese Music were held in Armenia, at the best concert venues of Yerevan, such as the Aram Khachaturian Concert Hall, Tatiana Airapetian Concert Hall and Komitas Chamber Music House. The project brought together famous Maltese and Armenian musicians.

During the Days of Maltese Music, true connoisseurs of classical music were treated to works by such Maltese composers as Joseph Vella, Charles Camilleri, Karl Fiorini, Alexey Shor, Albert Garcia, and to works by famous Armenian composers.

All the performances of the project were  extensively covered by national and international media, including popular broadcasting stations.

The project was organized together with the Armenian State Symphony Orchestra