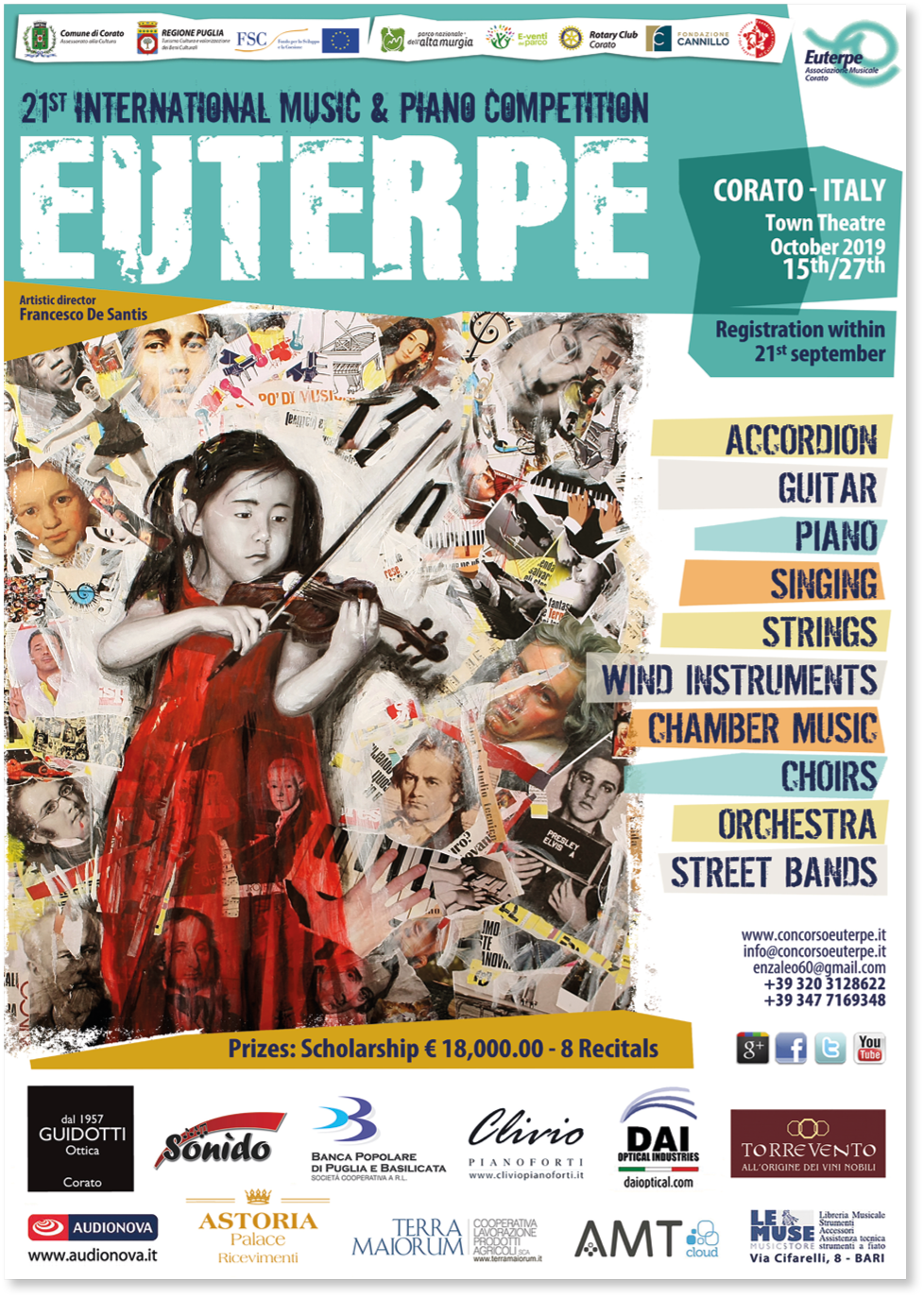 The Competition was held to find and support new young talents, to promote music culture and attract tourists to Italy’s beautiful southern region of Apulia.

Tourists from around the world flock to Apulia in Italy’s southeast, near the “heel” of Italy’s Apennine Peninsula “boot”, to see its magical cities and the sea coast. Historically, this part of Italy was long held by the Greeks, and the architecture and layout of the local towns and cities are reminiscent of Greek ones, with their small white-and-blue houses, old olive groves and vineyards. The Greeks built many ports, arsenals and churches here.

Lovers of both beach holidays and of history, architecture and archaeology will enjoy Apulia. Ancient civilizations had a major impact on the local culture, faith and language, which is still partially preserved in local dialects. The region has a fantastic density of historical and architectural moments per square kilometre, with Apulia harmoniously and consistently blending serene modernity and its historic roots.