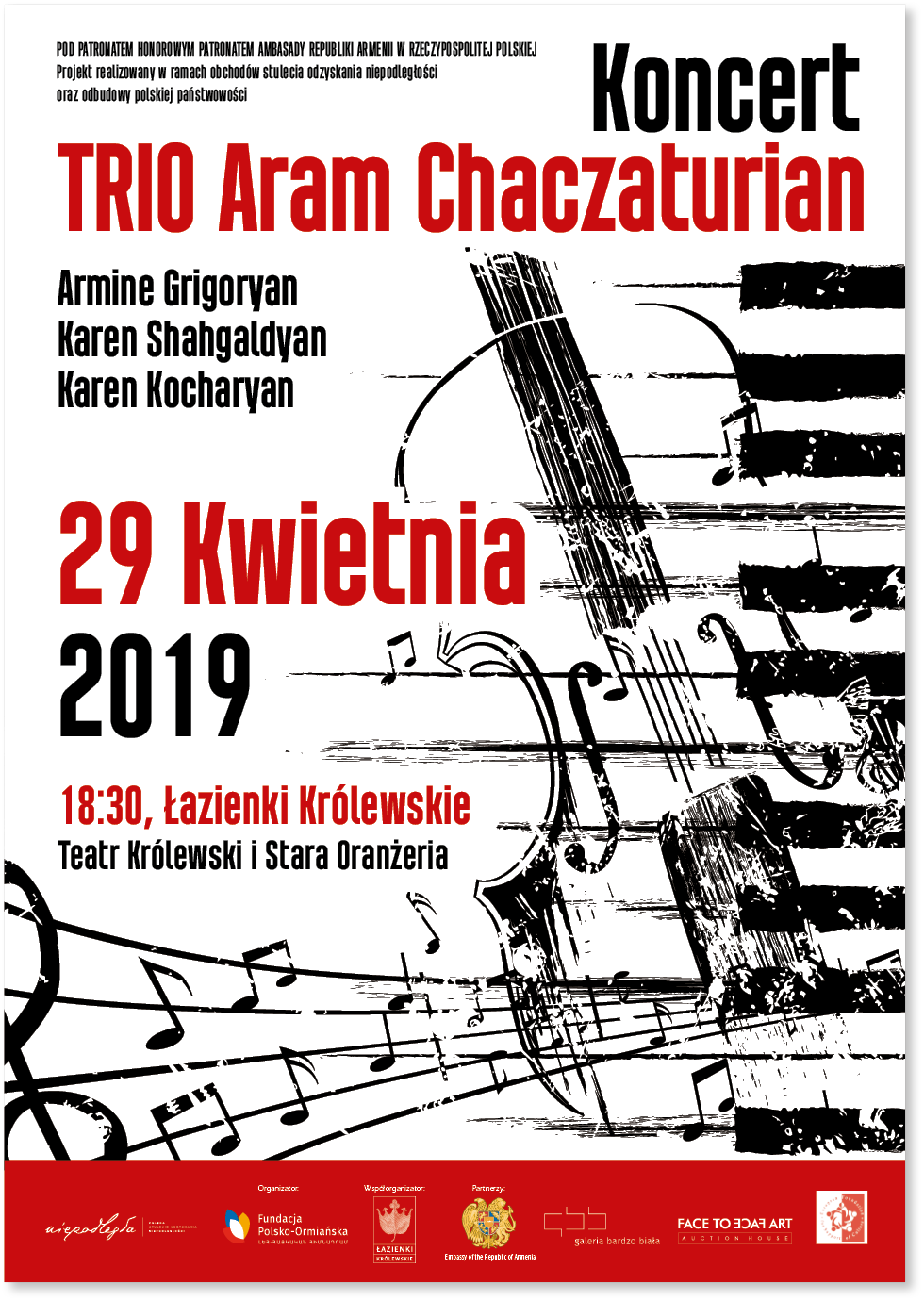 In 2019, one the world’s most popular trios, the Khachaturian Trio, has celebrated its 20th anniversary. To mark this momentous event, the Trio has  embarked on an anniversary tour of Europe. On 28 April, the trio  performed a celebratory concert “Evening with Johann Strauss” at the Royal Baths Park – Royal Palace (Warsaw, Poland). The event was organised by the Armenian-Polish Friendship Society, Armenian Embassy in Poland and European Foundation for Support of Culture.

2019 also has marked the 120th anniversary of the death of Johann Strauss, the great Austrian composer, conductor and violinist, the “waltz king,” author of many dance pieces. The composer wrote 496 works, including 168 waltzes, 117 polkas, 73 quadrilles, 43 marches, 31 mazurkas, 15 operettas, a comic opera, and a ballet. He did for dance music what Gershwin would later do for jazz: he elevated it to symphonic heights. Composers from Offenbach to Wagner and from Lehár to Tchaikovsky admired his works. His most famous compositions include the Voices of Spring waltz performed by Alfred Grünfeld; Songs of Love (Liebeslieder, op. 114, 1852); Farewell to St Petersburg (Abschied von St Petersburg, op. 210, 1858); Tales from the Vienna Woods (Geschichten aus dem Wienerwald, op. 325, 1868); the Vienna Blood waltz (Wiener Blut, op. 354, 1873); Emperor Waltz (Kaiser-Walzer, op. 437, 1888), and many others.