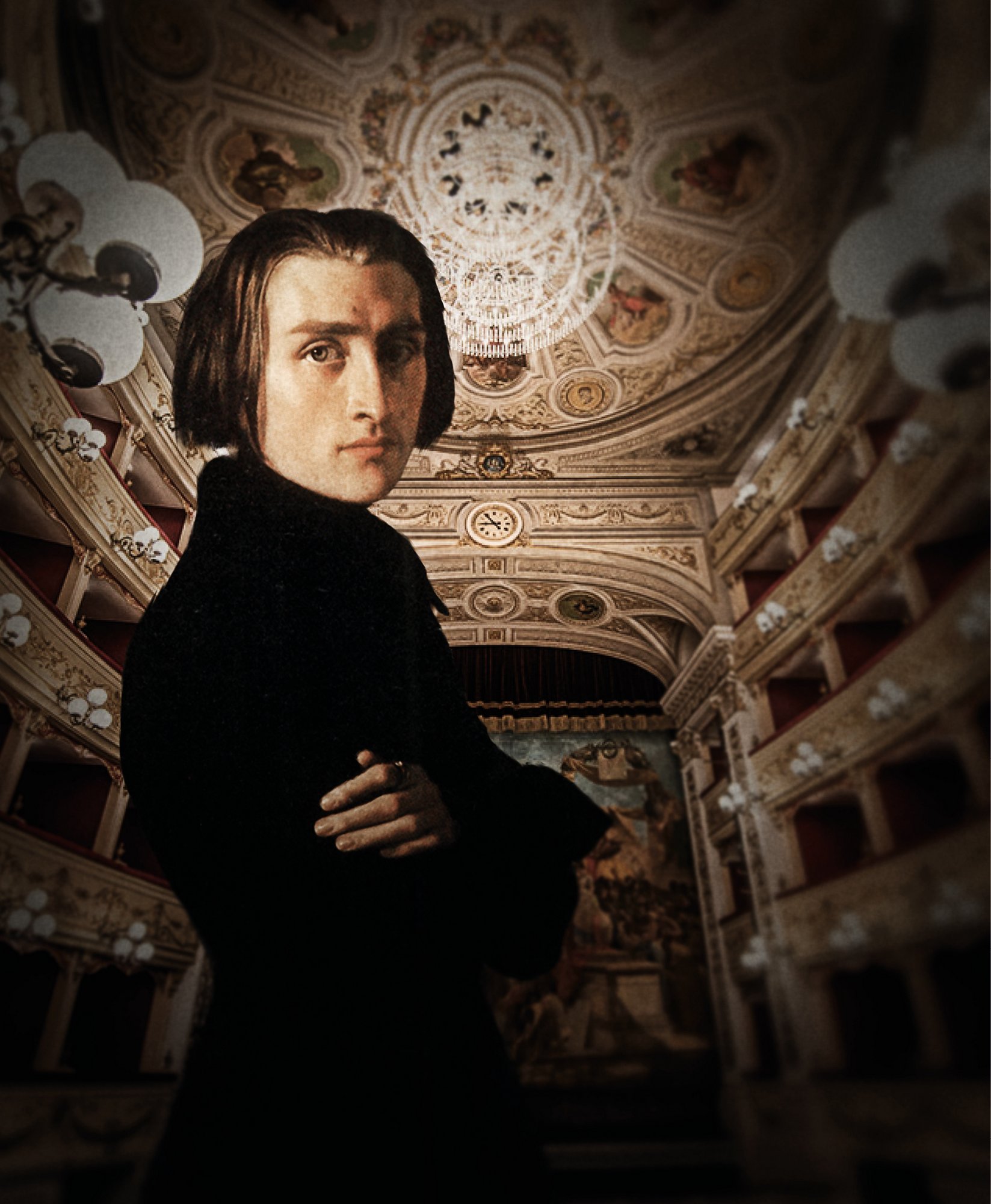 On 19 May, the European Foundation for Support of Culture, in cooperation with the Italian association Art Ensemble, the Ministry of Cultural Heritage, Activities and Tourism of Italy, the Regional Council of Abruzzo and the Chieti Province Prefect’s Office hosted a musical evening dedicated to the Austro-Hungarian composer, pianist, teacher, conductor and writer Franz Liszt. The event was part of a jubilee concert series marking the 200th anniversary of the Marrucino Teatro in Chieti, Italy.

Franz Liszt was one of the greatest pianists of the 19th century. The era in which he lived was the heyday of concert pianism, and Liszt was at the forefront of this process, possessing unlimited technical prowess. To this day, his virtuosity remains a reference point for contemporary pianists, and his works remain the pinnacle of piano mastery.

In 1843, Liszt, together with tenor Giovanni Battista Rubini, performed a concert tour of the Netherlands and Germany. His active concert career ended in 1848 (the last concert was given in Elizabethgrad), after which Liszt performed rarely.

As a composer, Liszt made a number of discoveries in the field of harmony, melody, form and texture. He created new instrumental genres (rhapsody and symphonic poem) and formed the structure of a single-part cyclic form, which emerged in the works of Schumann and Chopin but was not so boldly developed.

Liszt actively promoted the idea of synthesizing the arts (an idea that was supported by Wagner). He used to say that the time of “pure arts” was over (this thesis was put forward by the 1850s). If Wagner saw this synthesis in the connection between music and words, for Liszt it was rather related to painting and architecture, although literature played a major role, too. Hence, such an abundance of programme works, including Sposalizio (“Betrothal”) (based on Raphael’s painting), Il penseroso (“Thinker”) (Michelangelo’s sculpture on the tombstone of Lorenzo de’ Medici) and many others. Later, the ideas of synthesis of arts found wide application. Liszt believed in the power of art, which can influence the masses and fight evil. His educational activities were related to this very idea.

During the festive evening on 19 May, Leonardo Pierdomenico (Italy), winner of multiple international competitions, including the Queen Elisabeth Competition, and recipient of the presidential bronze medal for artistic services  performed most popular piano compositions by Franz Liszt.