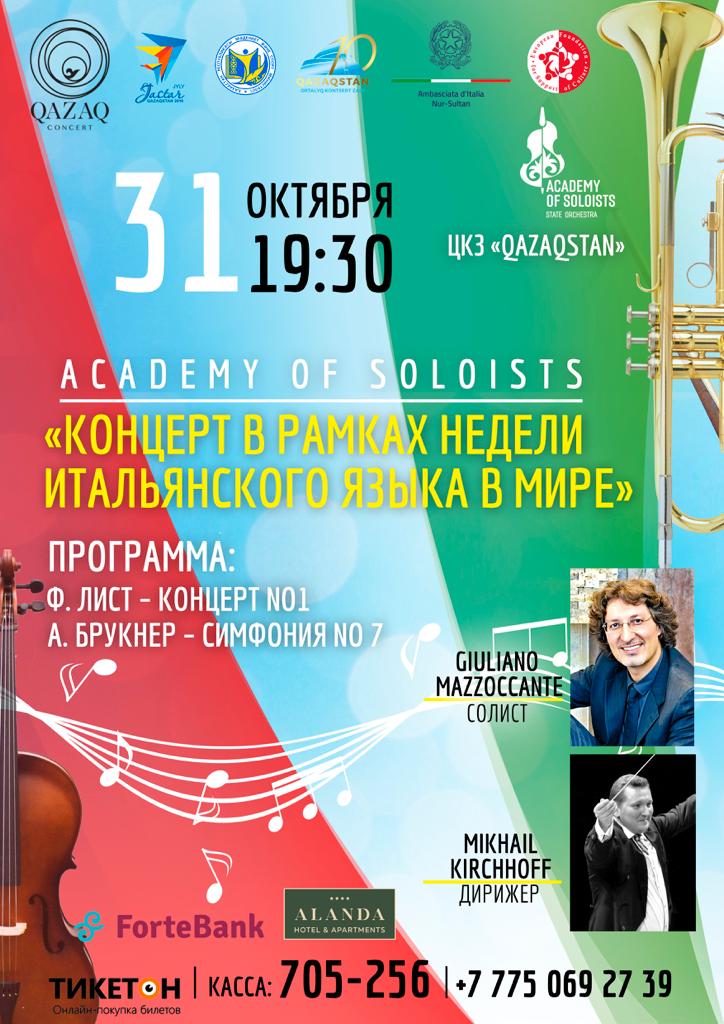 At the end of October 2019, the European Foundation for Support of Culture in cooperation with the “QazaqConcert” State Organisation (Kazakhstan)  hosted the Franz Liszt Festival in Nur-Sultan, capital of Kazakhstan. The event  featured concerts by celebrated musicians, master-classes by piano professors from leading conservatories, as well as lectures about the composer’s life and his work.

Franz Liszt was one of the greatest pianists of the 19th century. His era was the heyday of concert piano playing and Liszt was at the forefront of this process, with his infinite technical possibilities. To this day, his virtuosity remains a reference point for contemporary pianists and his works the pinnacle of piano playing technique.

As a composer, Liszt made a lot of discoveries in the field of harmony, melody, form and texture. He created new instrumental genres (rhapsody, symphonic poem). He formed the structure of a single-part cyclical form, which emerged in the works of Schumann and Chopin but was not so boldly developed.

On 31 October, as part of the Festival, a famous Italian pianist Giuliano Mazzoccante, professor at the G. Braga Conservatory in Teramo, (Italy)  gave a concert at the Kazakhstan Central Concert Hall, the most prestigious venue in Nur-Sultan. Accompanied by the State Symphony Orchestra “Academy of Soloists” (Kazakhstan) under the baton of the orchestra’s chief conductor Mikhail Kirchhoff, the Italian maestro  performed one of Liszt’s most popular compositions, Piano Concerto No. 1. It was premiered in Weimar in 1855 by Liszt himself and, ever since, it has become a favourite composition among classical music fans.