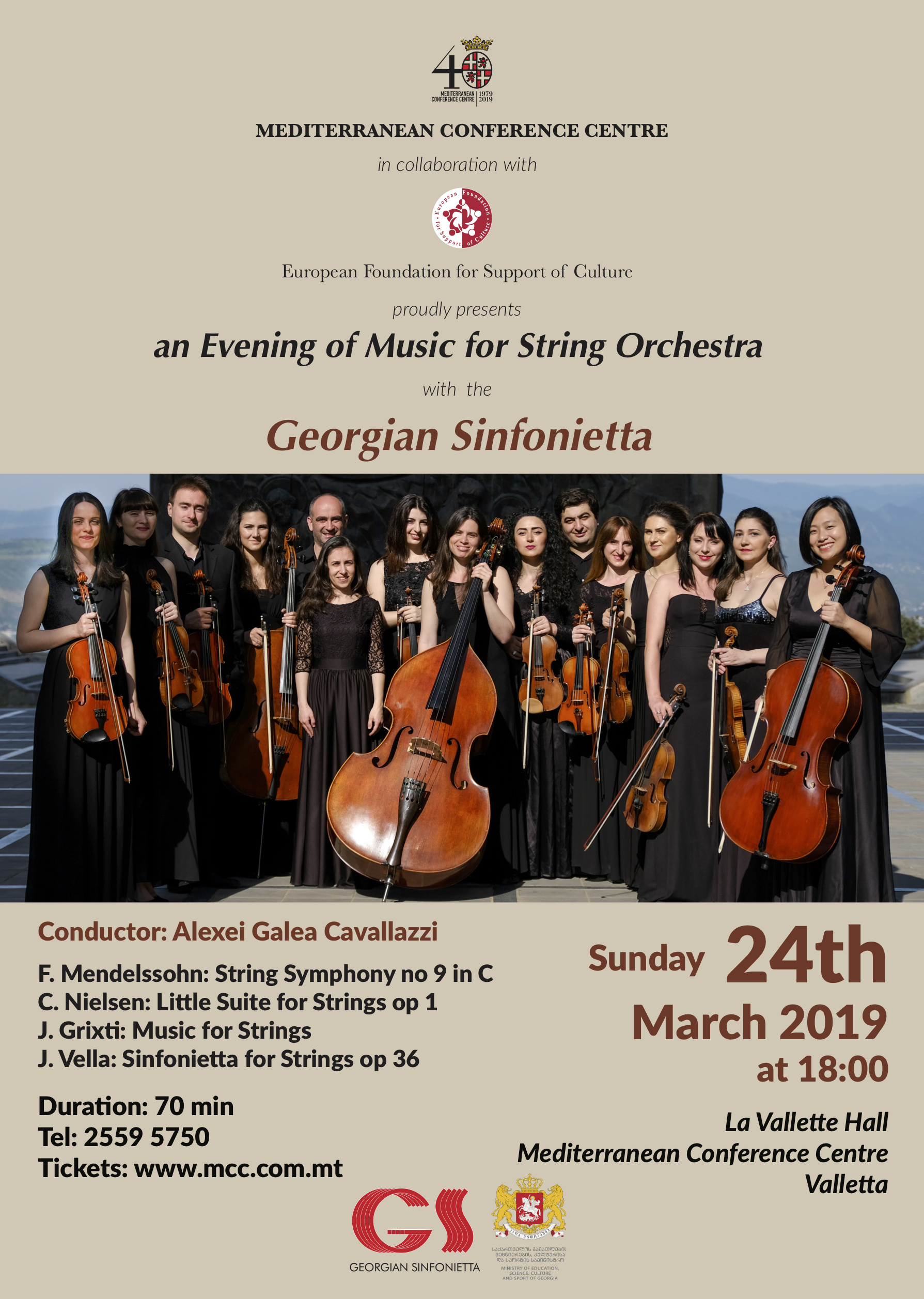 In March 2019, the European Foundation for Support of Culture and the Mediterranean Conference Centre(Malta)  organised a tour by the Georgian Sinfonietta Tbilisi State Chamber Orchestra.

Founded in 2008, the Orchestra aims to deliver the most diverse repertoire at the highest artistic level. The orchestra’s schedule includes performances both in Georgia and abroad.

In 2015, the Orchestra founded the annual Tbilisi Baroque Festival, which has garnered positive critical reviews.

On 21 March 2019, the Orchestra  performed on the Sinfonietta stage (Tbilisi, Georgia), conducted by famous Maltese conductor Alexei Galea Cavallazzi, who graduated from Oxford University and the Moscow State Conservatoire.

The musicians  then traveled to Malta, where they  presented the same programme in collaboration with Alexei Galea Cavallazzi, on 24 March, at theMediterranean Conference Centre(Valletta).