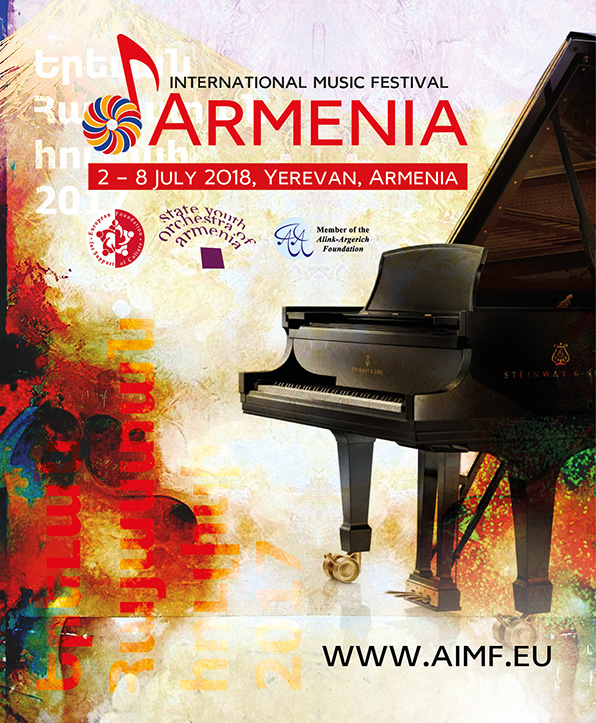 Between 2nd and 8th July, the European Foundation for Support of Culture together with the Armenian State Symphony Orchestra under the patronage of the First Lady of Armenia held the International Music Festival in Yerevan, Armenia.
Yerevan is one of the oldest cities of the world; this year the capital of Armenia celebrates its 2800th anniversary. The modern Yerevan has come to be known for its Soviet-era architecture built out of pink tuff stones. In the main street of the capital one can see the Institute of Ancient Manuscripts, commonly referred to as the Matenadaran, which is a repository of thousands of ancient Armenian manuscripts. The central architectural ensemble of Yerevan is Republic Square with singing fountains and a government building with a colonnade.
The festival consisted of  a concert series of world renowned classical musicians and master classes of leading professors from well-known music schools. The festival was hosted in one of the most famous concert halls in Yerevan– the Aram Khachaturian Concert Hall. Among invited soloists were famous musicians: opera singer, soloist of the Bolshoi Theatre soprano Anna Aglatova; renowned Russian pianist Polina Osetinskaya; laureate of the International Pablo Sarasate Violin Competition violinist Karen Shakhgaldyan; winner of the Queen Elisabeth Competition (Brussels) Danish violinist Nikolaj Znaider, and many others. The soloists were accompanied by the Armenian State Symphony Orchestra, the Artistic Director and chief conductor of which is the merited artist of Armenia Sergey Smbatyan. Works of the most famous Armenian and Maltese composers were performed, including Aram Khachaturian, Arno Babajanian, Charles Camilleri, Joseph Vella, Alexey Shor and others. The festival was attended by high-ranking dignitaries and celebrities. This bright event in the musical life of Armenia was covered by the most popular Armenian and international media, including Armenia One TV channel and many others.