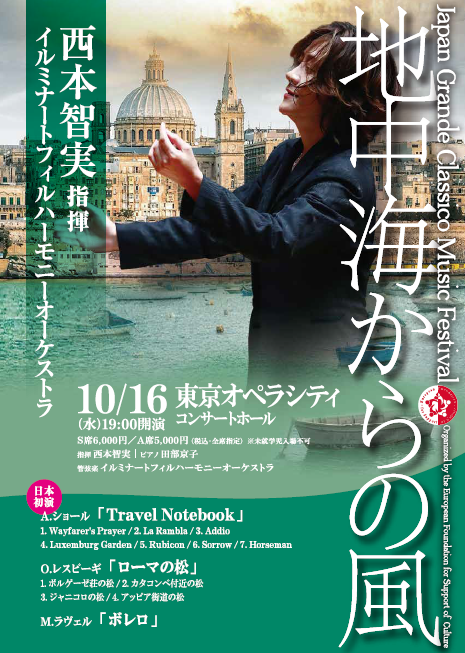 On 10–27 October, the European Foundation for Support of Culture and the Arev Arts Management presented the 2019 “Japan Grande Classico” Music Festival (The Wind from the Mediterranean) to be held for the first time in Japan in Tokyo, Osaka and Yamanashi. The project was intended to introduce the people of Asia to Mediterranean culture and contemporary classical music.