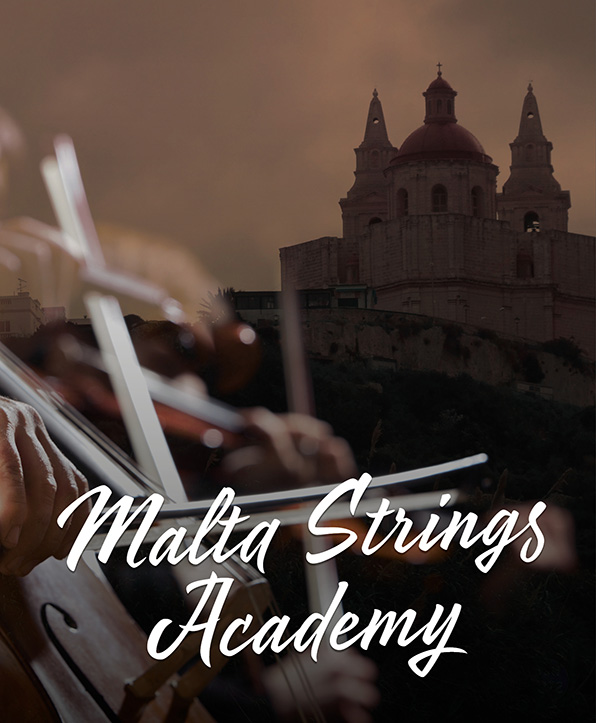 In December in Valletta, the European Capital of Culture 2018, the European Foundation for Support of Culture, together with the Malta Philharmonic Academy, is organising the Malta Strings Academy for young talented musicians. The winter programme of the Strings Academy will include master classes of renowned violinists and cellists, professors of the leading music schools of the world, and a series of concerts.

The best teachers and professors of the world will come to Malta to share their experience and mastery with young musicians. One of the leading professors of the Academy will be violinist Karen Shahgaldyan, prize winner of the international competition of Pablo Sarasate and member of the world- famous Aram Khachaturian Trio.

The String Academy education programme will end with joint concerts of the Academy students, students of the Malta School of Music and classical music celebrities accompanied by the Malta Youth Orchestra. Concerts will be held at the best concert halls of Malta, such as the Mediterranean Conference Centre and the Robert Samut Hall.

The Malta Youth Orchestra was established in 2004. The main goal of the orchestra is development of the abilities, ambitions and aspirations of young, gifted Maltese musicians. Members of the Malta Youth Orchestra regularly perform with the Malta Philharmonic Orchestra and take part in joint rehearsals, master-classes and workshops by outstanding teachers. In the period from 2011 to 2014 the orchestra regularly rehearsed under the direction of conductor Joseph Vella and, since then, it has worked with various celebrated Maltese and international conductors, including Peter Stark.