“Matinee Concert” of the famous German pianist Albert Mamriev was held at spectacular Hall Wolkenburg in Cologne on the 25th of September 2015 organized by European Foundation for Support of Culture. 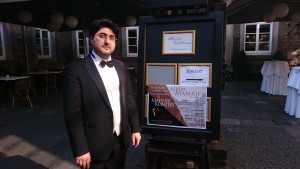 Since 1998 when Albert Mamriev won the 1. Prize at „Delia Steinberg International Piano Competition“ in Madrid, he has established himself internationally as one of the most versatile pianists of his generation. 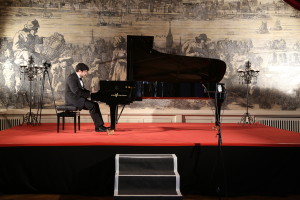 This piano recital was dedicated to the honorable modern composer Alexey Shor. Alexey Shor’s works have been performed in diverse locales around the world by, among others, the Orchestre National des Pays de la Loire, the Hamburg Opera Orchestra, the George Enescu Philharmonic Orchestra, the Slovak Sinfonietta and the “Soloists of Russia.” His compositions have been featured in Schloss Elmau’s music series in the Bavarian Alps of Germany, the Verbier Festival in Switzerland, the Aldeburgh Festival in the United Kingdom, at Carnegie Hall and the Metropolitan Museum of Art in New York. 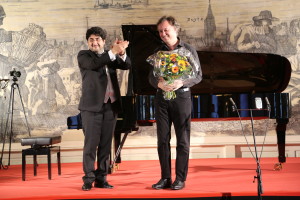 In the performance of Albert Mamriev the audience heard stunning 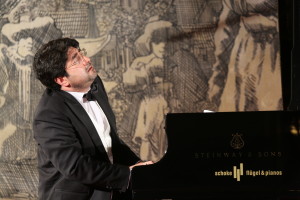 , exciting and romantic works from the
“Childhood Memories” Suite and the “European notebook” Suite by Alexey Shor. These works were greeted with a big enthusiasm – the audience was watching and admiring the tremendous professional recital with pleasure that interested and inspired with every note.