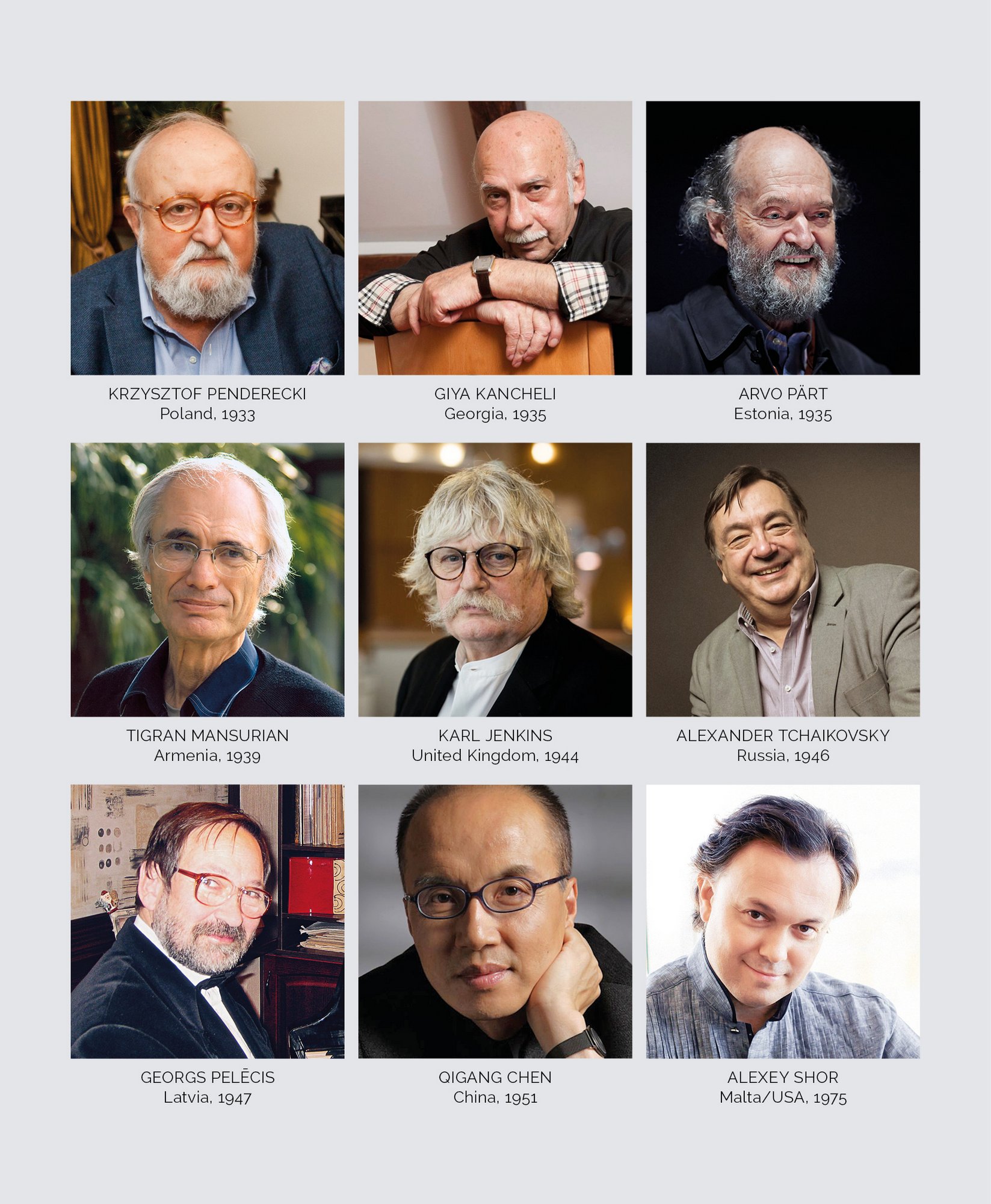 The European Foundation for Support of Culture, together with the Armenian State Symphony Orchestra,  hosted the "Contemporary Classics" Composers' Festival from 1 to 9 November in the Armenian capital of Yerevan. Discerning Armenian audiences  had the unique opportunity not only to hear the works of such celebrated composers as Krzysztof Penderecki (Poland, 1933), Giya Kancheli (Georgia, 1935-2019), Arvo Pärt (Estonia, 1935), Tigran Mansurian (Armenia, 1939), Karl Jenkins (United Kingdom, 1944), Alexander Tchaikovsky (Russia, 1946), Georgs Pelēcis (Latvia, 1947), Qigang Chen (China, 1951) and Alexey Shor (Malta/United States, 1970), but also to see most of the great musicians at their concerts. The legendary musicians came from all over the world to take part in the Festival.

The musicians  performed the most famous and popular works by great contemporary composers who  honoured the performances with their presence at the Festival.