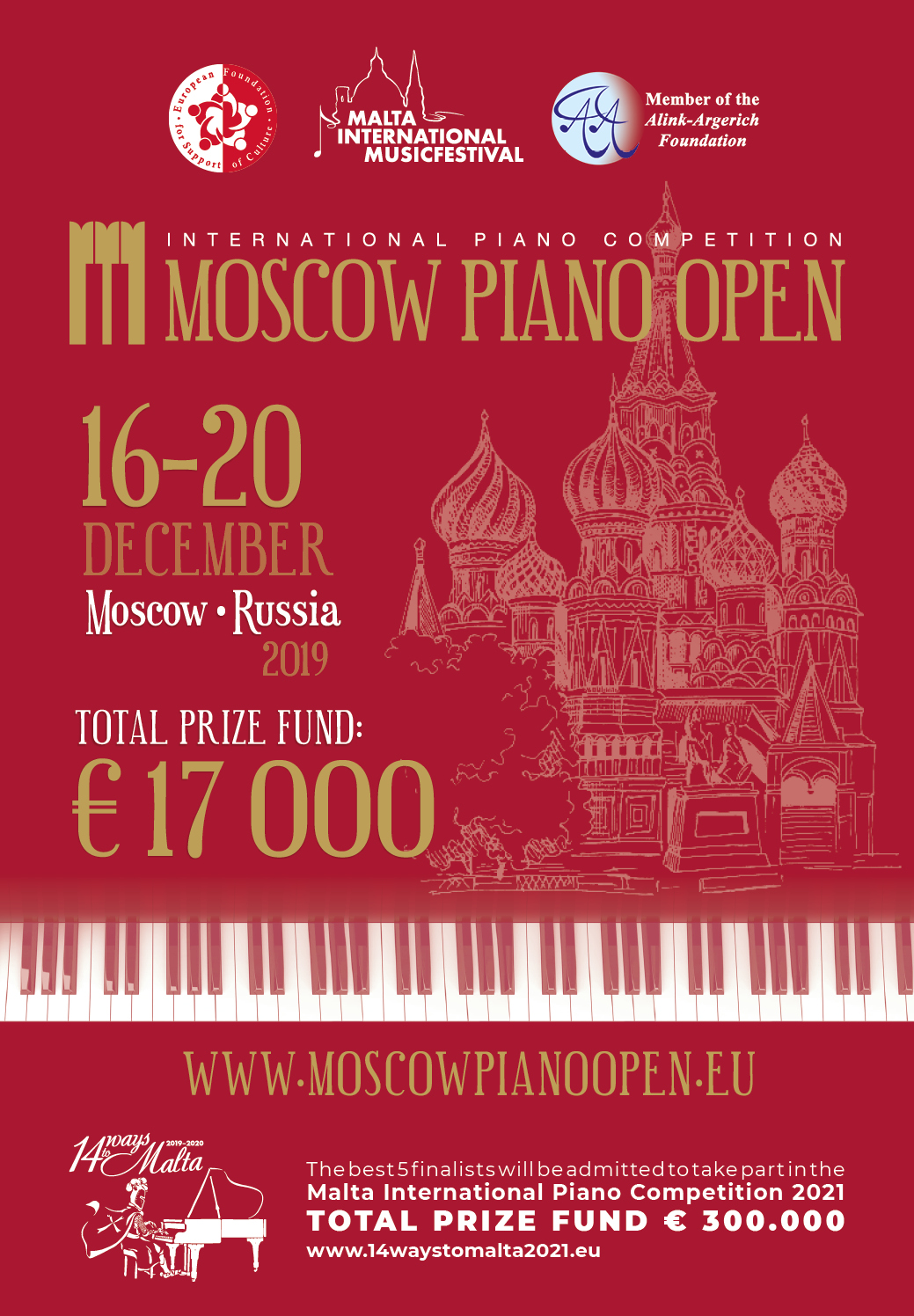 In the winter of 2019, from 16 to 20 December, the European Foundation for Support of Culture, in cooperation with the Gnessin Children’s School of Music,  held an Moscow Piano Open International Competition in Moscow, the capital city of Russia.

Moscow was founded in 1147. Today it is one of the world’s cultural capitals. The city’s most popular tourist sites include the Kremlin, Red Square, St Basil’s Cathedral, the Ostankino TV Tower, the Lenin Mausoleum and the Tretyakov Gallery. The list is almost endless. In addition, Moscow boasts many world-famous theatres and concert halls, such as the Bolshoi Theatre, the Stanislavsky and Nemirovich-Danchenko Music Theatre, the Moscow Art Theatre, the Taganka Theatre and many others.

The Moscow Piano Open International Competition for talented young musicians was held in two stages at the organ hall of the Gnessin Children’s School of Music. The competition programme  included a compulsory performance of works by Maltese composers. The event  concluded with a gala concert featuring the winners, as well as renowned classical music performers.

The jury was made up of prominent musicians, such as Mikhail Khokhlov (Russia), Honored Artist of Russia and director of the Gnessin Children’s Music School; Grigory Gruzman (Germany), director of the Department of Keyboard Instruments and Professor of Piano at the University of Music Franz Liszt Weimar; Yossi Tavor (Israel), a music critic, cultural observer, television and radio journalist and presenter at Orpheus Radio, and many others.