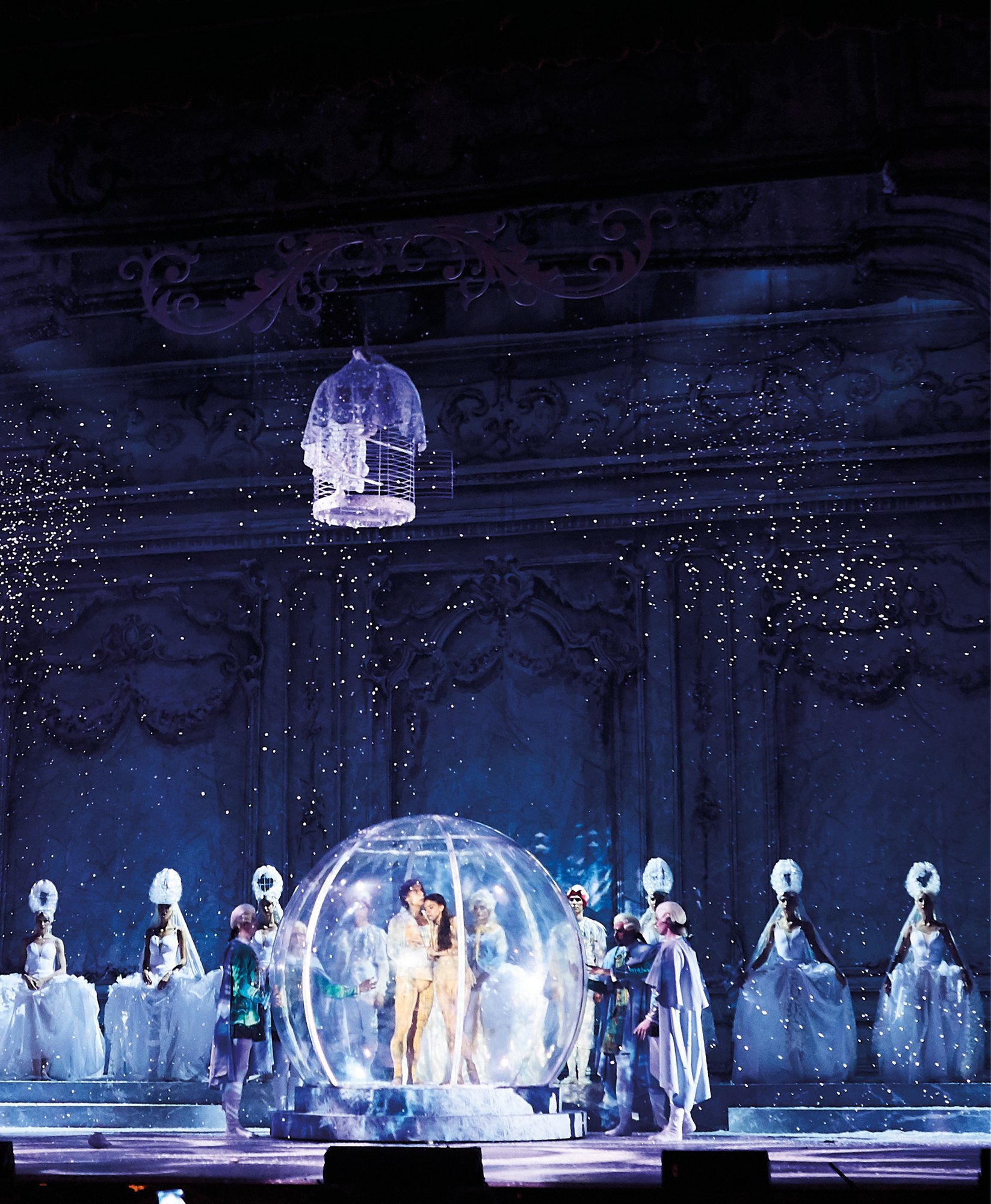 In the run-up to the New Year, the European Foundation for Support of Culture  prepared a special gift for the sophisticated Moscow audience and guests of the Russian capital: on 20 and 21 December, the Moscow State Academic Operetta Theatre  presented four performances of the Crystal Palace ballet, with music by the contemporary American-Maltese composer Alexey Shor.

The story is set in the 18th century, during the reign of the Empress Anna Ioannovna. The plot is based on real events that took place at the court of the Russian ruler. Empress Anna was famous for her love of magnificent celebrations and unusual amusements and once wished to marry her court jesters in the Ice Palace built on the Neva River. The main roles will be performed by principal dancer at the Mikhailovsky Theatre, Honoured Artist of Russia, world-famous dancer Ivan Vasiliev and leading soloist of the Bolshoi Theatre Maria Vinogradova. The star-studded cast does not end there, with the Bolshoi Theatre prima ballerina Maria Allash and leading opera soloists of the Bolshoi Theatre also performing. The cast is topped off by dancers from Russia’s leading musical theatres, a children’s choir and ballet school students.

Audiences were treated to an incredible performance, to the backdrop of unique Baroque scenery. Like the costumes, the sets were created on the basis of countless archives of drawings, sketches and paintings from the Age of Enlightenment. Dresses, liveries, tutus and many other stage outfits were made of natural silk and velvet and embroidered with stones and crystals.

Leading experts were involved in the dance and musical components of the ballet, including the stage directors and choreographers Ekaterina Mironova (an Honoured Worker of Culture of Russia) and Alexander Somov. During her career, Ekaterina Mironova has worked on numerous Bolshoi Theatre productions, as well as on the Russian feature films Admiraland Kuprinand other significant Russian projects. According to the stage directors, the main aspect of the performance is the Crystal Palace, a world where everything is fragile. The story is set in the era of Empress Anna of Russia. It surprises the viewer with little known facts, for example, that Empress Anna Ioannovna founded the Imperial Ballet School, now the Vaganova Academy of Russian Ballet.

The New Year’s performances of the Crystal Palace were held with the participation of the Association for Support of Cultural Initiatives (Moscow).