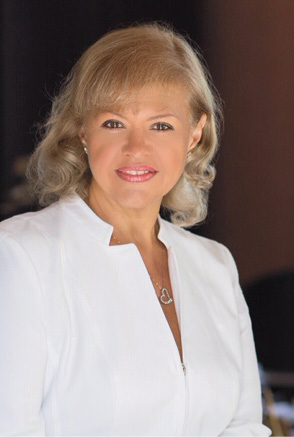 On 12 May, the European Foundation for Support of Culture and the Mediterranean Conference Centre held an organ evening with Johann Sebastian Bach in Malta at the Mother of Good Counsel Church in St Julian’s.

Johann Sebastian Bach was a great German composer, virtuoso organist, chapel master and music teacher. He wrote more than 1000 musical works in all significant genres of his time (except opera).

The organ is an essential element of Bach’s creativity. Here his genius developed in all its splendor and immensity. For Bach, the organ was a kind of orchestra able to withstand the grandiose scale of Bach’s improvisations and convey the high poetry of his lyrics.

In Bach’s era, the organ was an instrument by which the composer could communicate his thoughts and emotions to a wide audience, hence the concerto nature of the organ style, the enlarged lines, theatrically elevated drama of images and virtuosity. The works for organ are similar to frescoes in painting: everything in them is given close-up; the pathetics of musical images in improvisational forms – in preludes, fantasies and toccatas – are up to the limits; the extraordinary power of development and virtuosity in fugues.

Bach’s organ fugue is many times larger than his own key fugue. The expanded size of the topics corresponds to the expanded composition of the entire fugue. The development of the material can be represented as a juxtaposition of large layers of music, which does not exclude continuity of movement and internal growth of the musical image. On the contrary, development proceeds with increasing activity. The moment of culmination, completing one phase of development, is the beginning of the next, even higher and more intense. As we approach the final stage, the emotional rise increases, reaching its top strength in the final structures.

Bach’s interests are concentrated around two main types of organ work; these are, as it were, two poles of his organ music: one is a large musical cycle consisting of preludes, fantasies and toccatas with fugues; the other is a single-part choral prelude.

Most of the choral organ preludes are written in a chamber style; in them, Bach reveals a world of lyrical images with great immediacy and, at the same time, with self-centration.

On 12 May, at the Organ Evening with Johann Sebastian Bach, the composer’s most popular works were  performed by Svetlana Berezhnaya, General Director and Artistic Director of the North Caucasian State Philharmonic, Honored Artist of the Russian Federation.