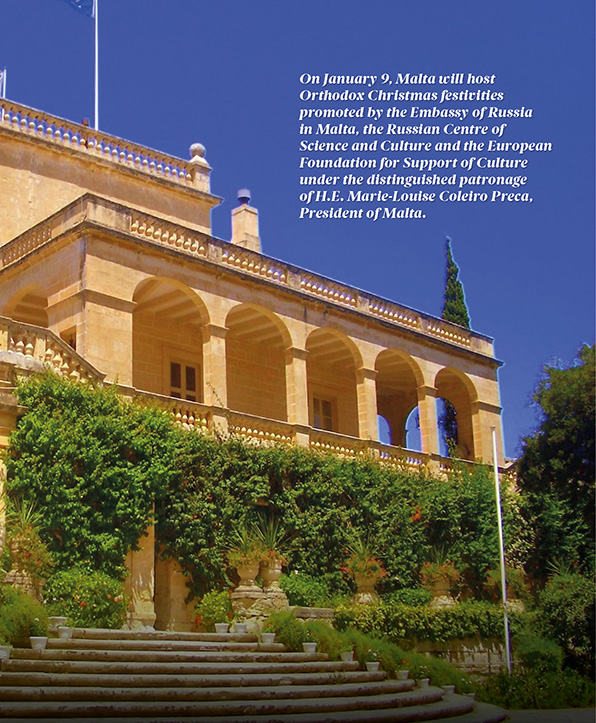 For a number of years, celebrations associated with the Russian Orthodox
Christmas in Malta have been a highlight in the Russian-Maltese cultural
calendar. Traditionally, these festivities were held in the chapel and state rooms of San
Anton Presidential Palace, and were graced by the presence of the H.E. Marie-
Louise Coleiro Preca – President of Malta and the Ambassador of the Russian
Federation Mr. V. Malygin, and attended by members of the cabinet, government,
public figures ambassadors, members of the diplomatic corps, business community,
as well as lead representatives of the Russian diaspora in Malta.
The gala evening featured a bayan (button accordion) recital by famous musician Frydrych Lips, invited by the European Foundation for Support of Culture, whose programme included pieces of world classical music and Russian folk music, invariably evoking a hearty and warm response from the audience.