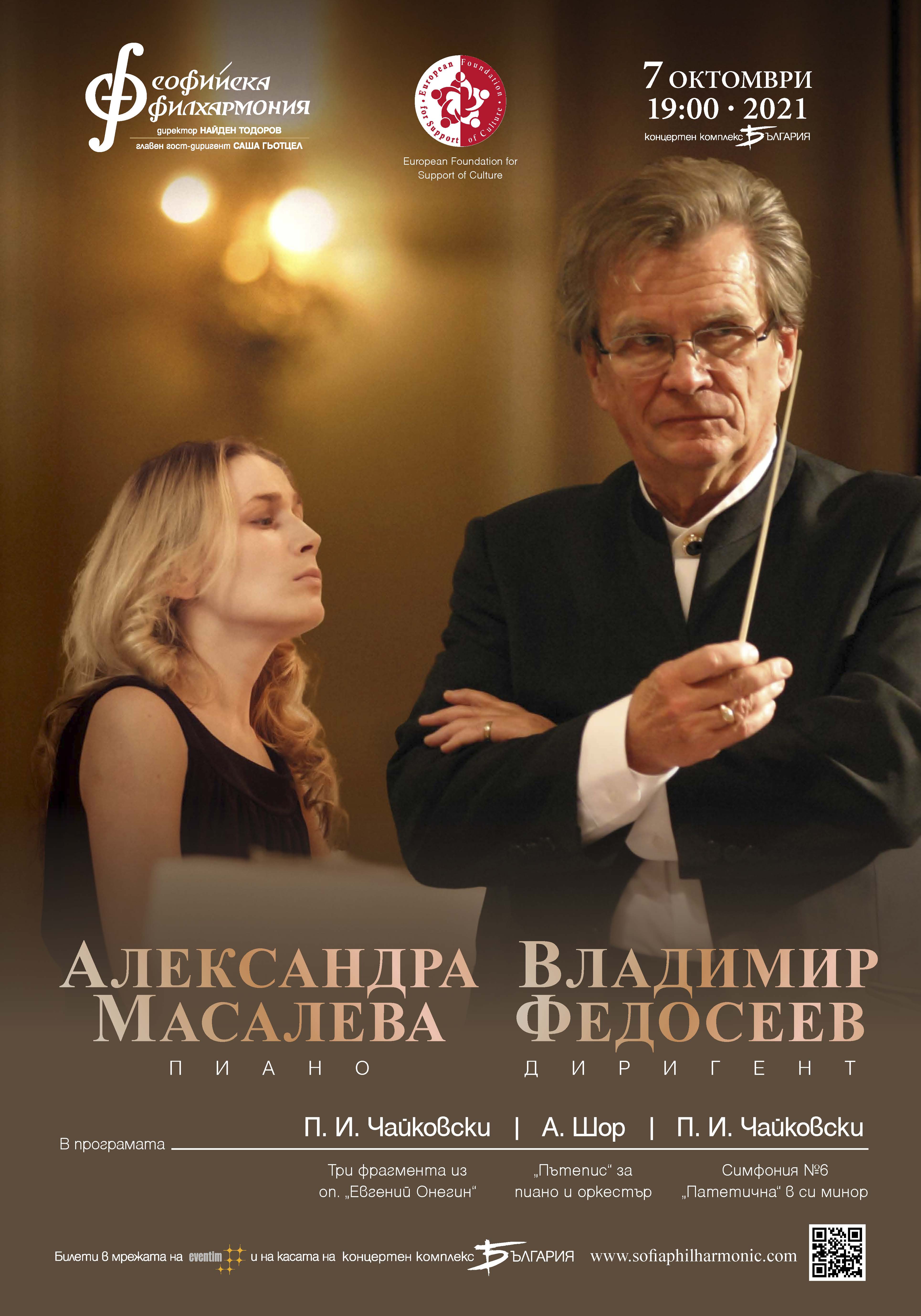 On the 7th of October 2021, the European Foundation for Support of Culture will organise a special evening featuring piano soloist Alexandra Massaleva alongside conductor Vladimir Fedoseyev at the Bulgaria Concert Hall in Sofia. The two artists will be accompanied by the Sofia Philharmonic Orchestra, with the concert starting at 19:00.

Pianist Alexandra Massaleva started her studies at a very early stage of her life, when she was only 5 years old. She had the opportunity to study alongside esteemed professor and composer, Michel Sogny. Throughout her career, she obtained a large series of prizes and awards, bringing her to perform in many different countries, such as Russia, Hungary, Switzerland, France and others. She offers a wide and vast repertoire, being particularly connected to the music of composers like Tchaikovsky, Prokofiev and Rachmaninov.

For the concert in 2021, Massaleva will bring on stage Travel Notebook for piano and orchestra by contemporary composer, Alexey Shor. She will embark on this performance alongside the Bulgarian ensemble, under the baton of Vladimir Fedoseyev. He is considered one of Russia's ranking conductors of the new millennium, who has been chief conductor of the Tchaikovsky Symphony Orchestra and has gained much attention and appreciation as an opera conductor.

The Sofia Philharmonic Orchestra has established itself as one of the leading institutions in Bulgaria’s musical life, working alongside distinguished conductors like Bruno Walter, Hermann Abendroth, Kurt Masur, Gennady Rozhdestvensky, amongst many others. The ensemble has also received many national recognitions, such as the Musician of the Year, the Honorary Sign of Sofia and the Honorary Sign of the President of Bulgaria. From 2017, the orchestra performs under the baton of director Nayden Todorov.

During the evening of October the 7th, two more pieces will be played at the Concert Hall in the Bulgarian capital: Eugene Onegin and Symphony number 6 in Si Minor, Pathétique Symphony by Pyotr Ilyich Tchaikovsky.