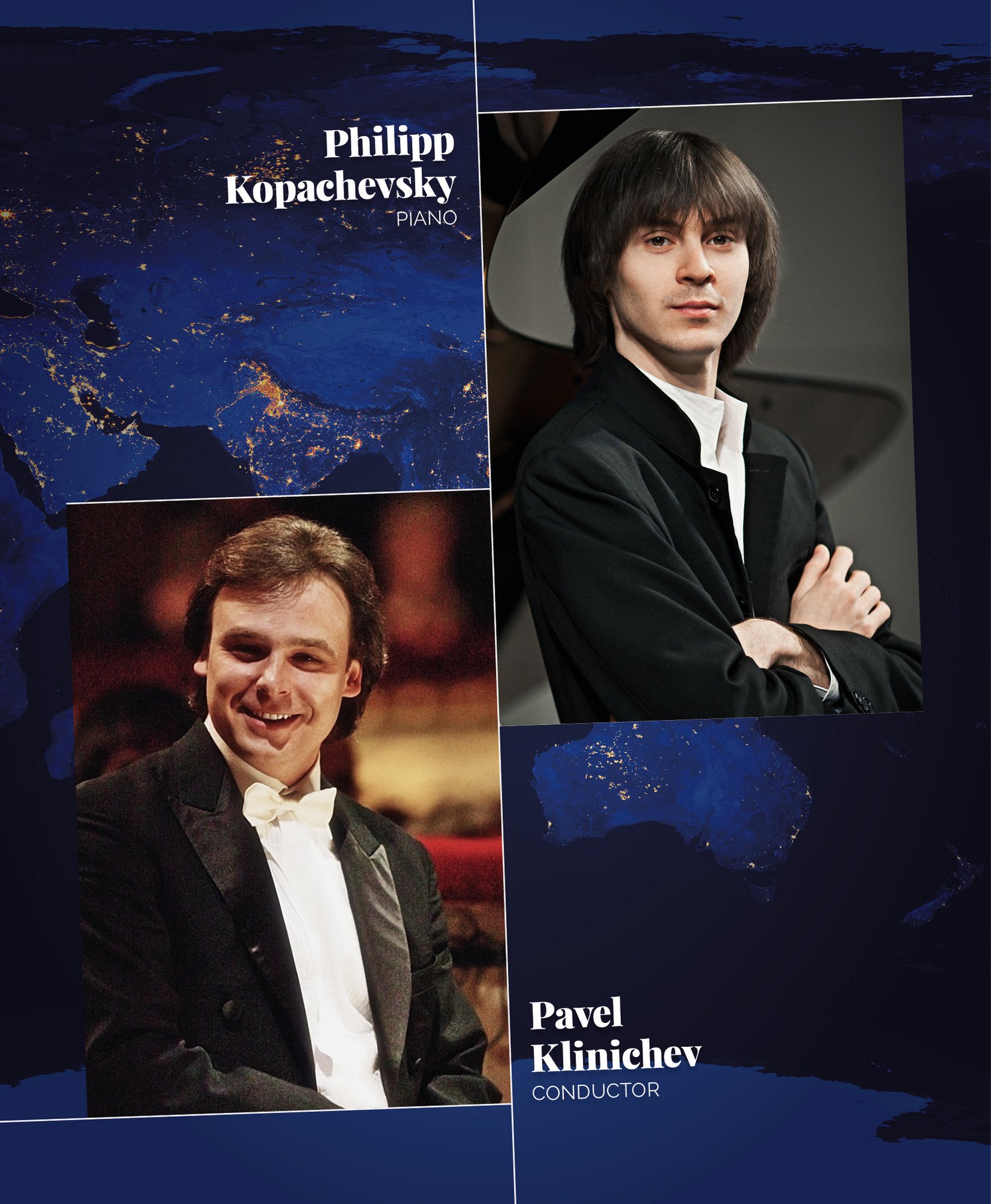 Philipp Kopachevsky is a soloist with the Moscow State Academic Philharmonic, a participant in the Stars of the 21st Century federal programme of the Moscow Philharmonic (with support from the Ministry of Culture of the Russian Federation), laureate of eight prestigious international competitions, including the 10th International Schubert Piano Competition in Germany. The musician regularly gives concerts in the United Kingdom, Germany, the United States, the Netherlands, France, Italy, Greece, Poland, Spain and many Russian cities.

Pavel Klinichev is a Russian opera and symphony conductor and associate professor at Moscow State Tchaikovsky Conservatory, conductor of the Bolshoi Theatre of Russia. The maestro has performed with the Bolshoi Theatre’s opera, ballet and orchestra at many famous theatres and concert halls, including La Scala in Milan, the Metropolitan Opera in New York, the Royal Theatre of Covent Garden, the John F. Kennedy Centre for the Performing Arts in Washington, the Paris National Opera (Palais Garnier), the Mariinsky Theatre, the Tokyo Bunka Kaikan and the National Centre for the Performing Arts in Beijing.

The tour programme  included works by distinguished Maltese and other European composers.