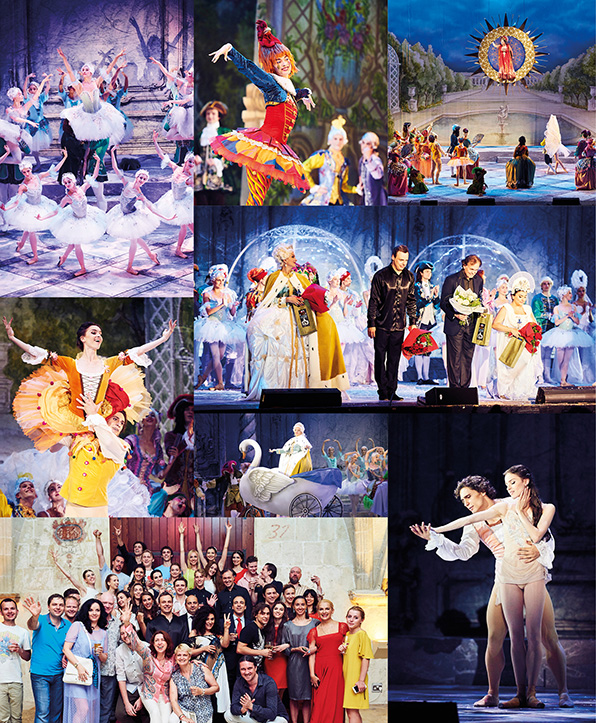 On 2 nd and 3rd June 2018 there was an Armenian premiere performance of the new Crystal Palace ballet at the National Academic Theatre of Opera and Ballet in Yerevan, Armenia. The European Foundation for Support of Culture initiated and organized the first premiere of the ballet, which was held on the 21st of July 2017 in Malta under the patronage of the President of Malta, HE Marie-Louise Coleiro Preca, to celebrate the 50th anniversary of diplomatic ties between the Russian Federation and the Republic of Malta. The event was supported by the Ministry of Culture of Malta and the Embassy of Russia in Malta. The Crystal Palace had a great success in Malta, the production received many positive reviews from critics and gained resonance among the public, which prompted Maestro Konstantin Orbelian, the Artistic Director of the Yerevan Opera House, to contact the European Foundation for Support of Culture with a proposal to show the ballet in Yerevan. The event is supported by the Association for Support of Cultural Initiatives (Russia), the Armenia Art Foundation (Armenia) and the National Academic Theatre of Opera and Ballet (Armenia). The production is based on the music of the contemporary Maltese composer Alexey Shor, whose music is already known to the Armenian audience. In 2017 Alexey Shor became the composer-in-residence of the Armenia International Music Competition and Festival. The story of Crystal Palace takes place in 1740 at the court of the Russian Empress Anna Ioanovna. In the capital, luxurious celebrations have been organized. When the Russian Empress learns about the love of a court jester and one of the court maidens, she decides to marry them. By the order of the empress an ice palace is built with the walls, the bed, and even the flowers made of ice. The newlyweds have to spend their wedding night in this crystal palace. Celebrities taking part in the performance included: the world renowned ballet dancer Ivan Vasiliev; soloists and artists from the Bolshoi Theatre, Maria Allash, Maria Vinogradova, Anna Aglatova and others with soloists and artists from the Stanislavsky and Nemirovich-Danchenko Academic Music Theatre, Moscow. The Armenian Opera House orchestra was performing under the baton of Pavel Klinichev, conductor of the Bolshoi Theatre. The Children’s Choir of the Armen Tigranyan Music School and students of the Yerevan State School of Choreography will also take part in the performance.