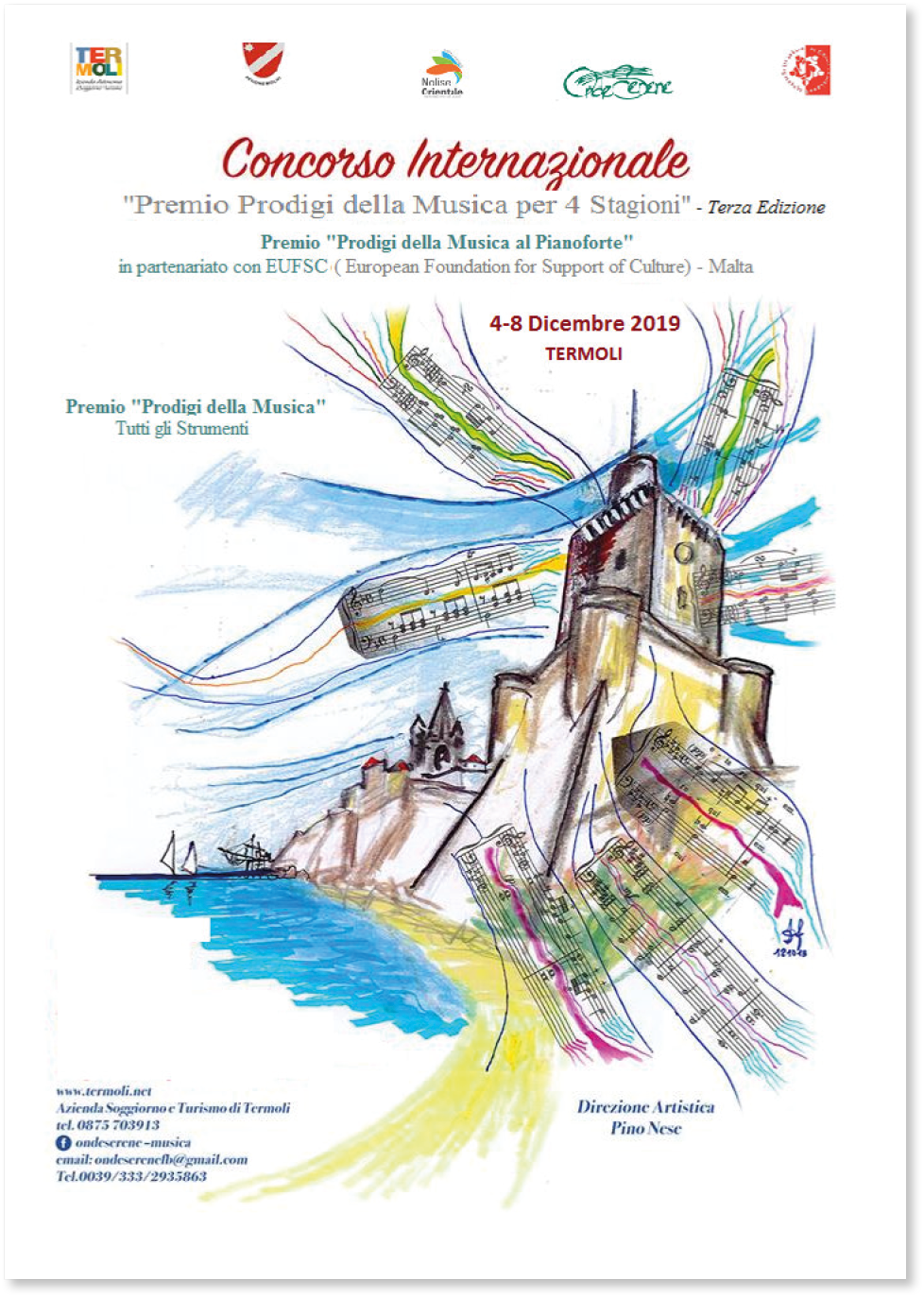 The resort of Termoli is Molise’s only port. Year-round, ferries cross from Termoli to the Tremiti Islands in the Adriatic and Croatia’s coastal cities. Termoli itself is a wonderful place for a summer holiday.

Termoli’s historical old town has narrow mediaeval streets lined with souvenir shops, colourful houses and grand palazzos, where aristocrats used to live. Its main sights are the Swabian Castle built in 1247 and the Cathedral, dating back to the 11th century. Throughout the year, the city holds all kinds of festivals and events, the Termoli fish festival being the most fascinating of all.

In addition to monetary prizes, three winners of the Prodigi della Musica per 4 Stagioni competition will also participate free of charge in the “In Musica” International Piano Competition in Rome, to be held in 2020 as part of the 14 Ways to Malta series.