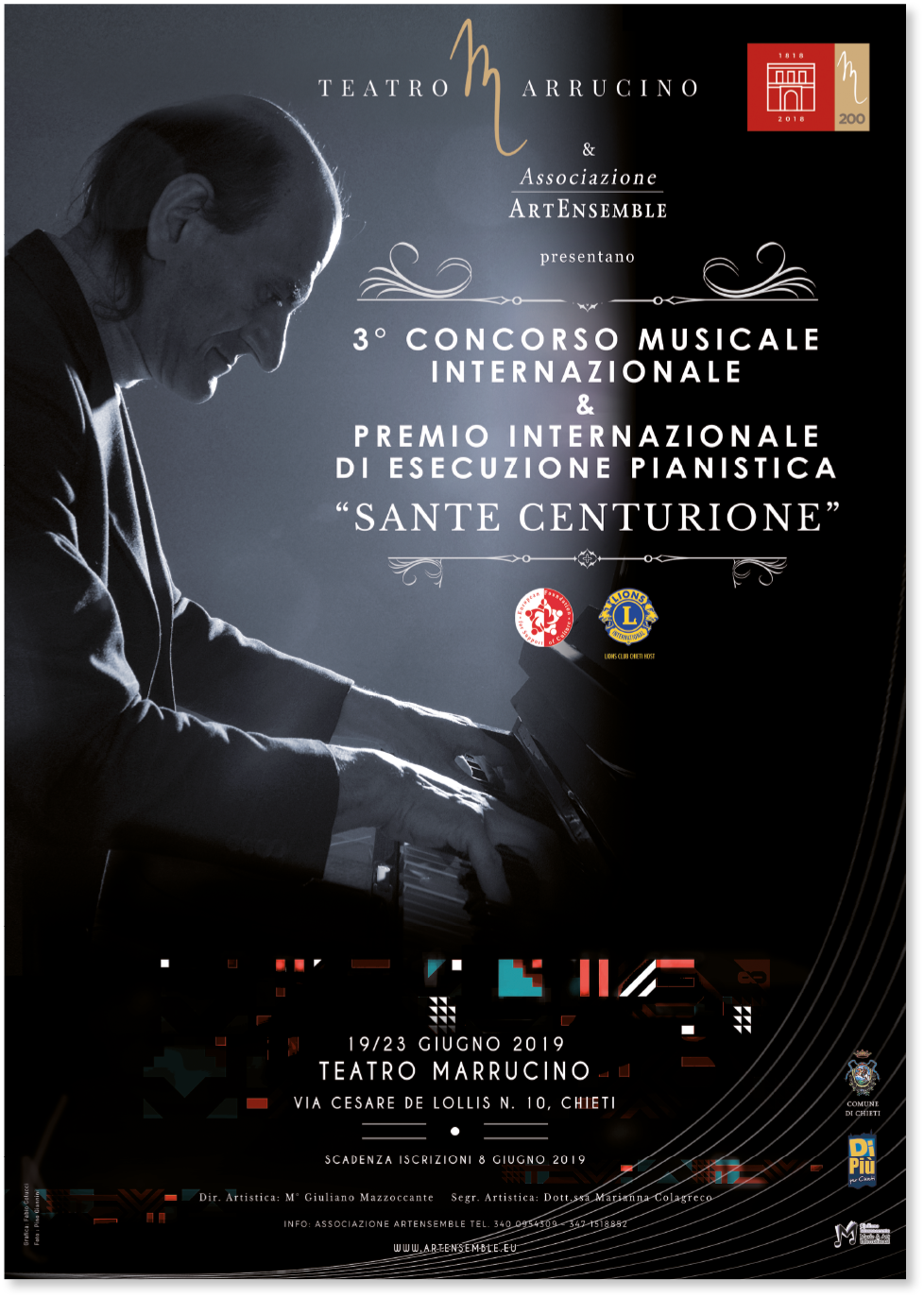 In June, in Chieti (Italy), the European Foundation for Support of Culture, the Art Ensemble Association and Lions Club Chieti presented the Sante Centurione International Festival and Piano Competition  that were  held at one of Europe’s most beautiful theatres, the Marrucino Teatro.

The Marrucino Theatre was opened in 1818 in the heart of Chieti; originally, it was called San Ferdinando Royal Theatre. The building is a historical landmark of the entire Abruzzo region.

Over time, the theatre’s exterior has been altered many times. In 1872, the City Hall charged the engineer Luigi Daretti with renovating the theatre: a gallery and a staircase leading to the balconies were added. In addition, the architects Giovanni Vecchi and Enrico Santuccione renovated the auditorium, transforming its shape from a square into a semi-circle. Later, a specially constructed circle was installed in the ceiling; it was divided into eight sections, each decorated with an allegorical female figure symbolising the arts of theatre and music.

In addition to the prize fund, the competition’s three winners will also participate free of charge in the “In Musica” International Piano Competition in Rome to be held in 2020 as part of the 14 Ways to Malta series.

The Sante Centurione Festival  featured concerts by famous classical musicians performing both solo and together with Italian orchestras. Their programmes  included works by contemporary Italian, Maltese, and other European composers