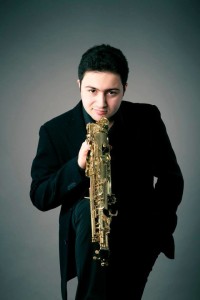 “The saxophone was invented in 1842 by the Belgian Adolphe Sax patented four years later. One of the most interesting facts is that the name of the instrument was not given by its inventor, but by composer Hector Berlioz. The instrument’s name is made from the inventor’s name Sax and “Fono”, which means sound.

The saxophone had the ability to express a large spectrum of dynamic range, a unique timbre of the sound, and could be also used for virtuoso passages.

There is also an opinion that the saxophone sound has the closest timbre to the human voice, and probably nobody could imagine jazz without the saxophone. This instrument is loved by millions of people all round the world. Despite its recognition in Jazz, there is still much more potential and possibilities for this instrument especially in classical and contemporary music.