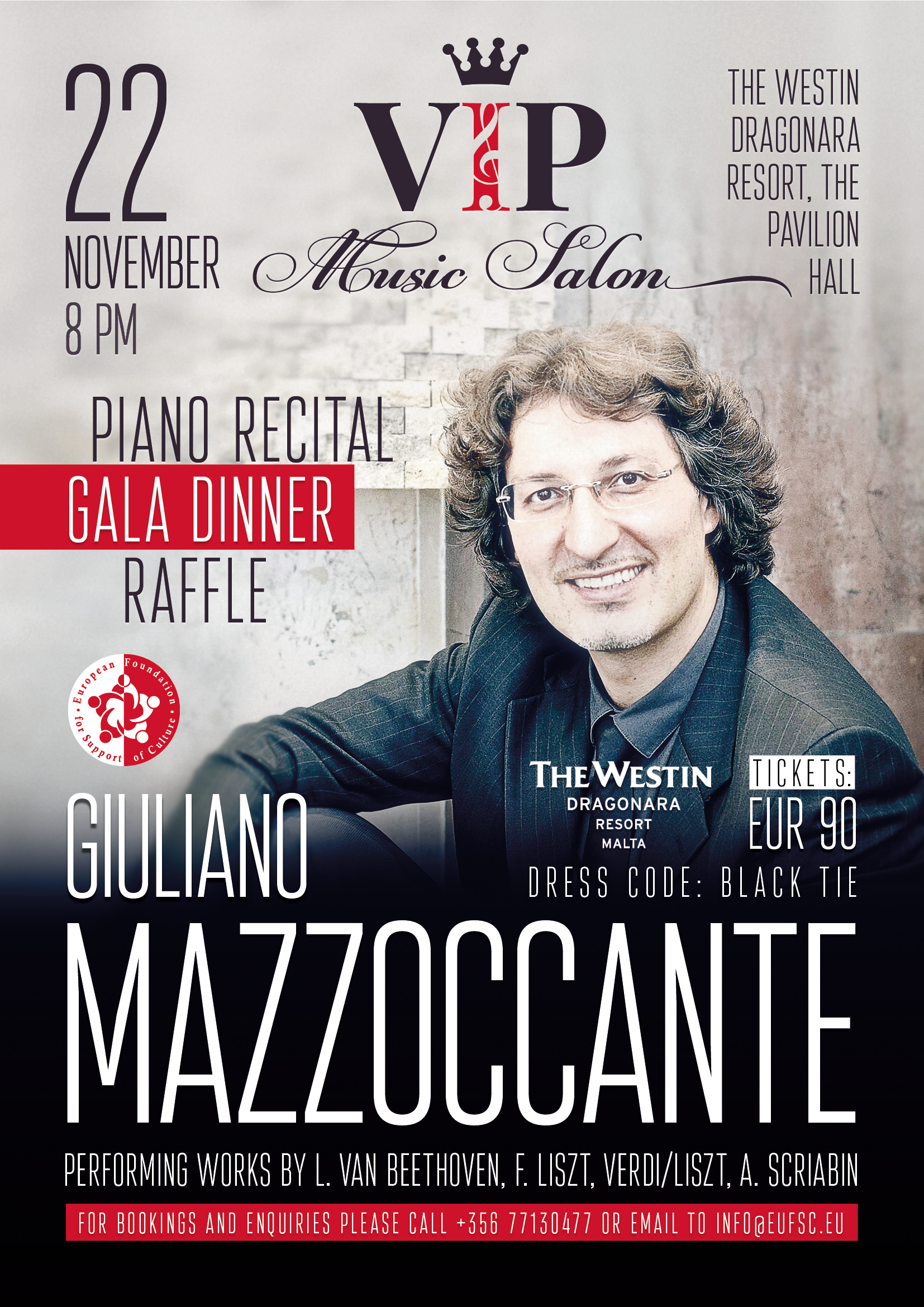 On November 22, the European Foundation for Support of Culture together with The Westin Dragonara Resort hold at the Pavilion hall the second edition of the VIP MUSIC SALON in Malta.

The idea of holding music salons was born in the 17th century . Initially, it was “a gathering of people under the roof of an inspiring host, held partly to amuse one another and partly to refine taste and increase their knowledge of the participants through conversation. These gatherings often consciously followed Horace’s definition of the aims of poetry, “either to please or to educate” (“aut delectare aut prodesse est”). Salons, commonly associated with French literary and philosophical movements of the 17th century and 18th centuries, were carried on until quite recently, in urban settings, among like-minded people.

As per tradition, the organisers have invited  the limited number of guests – 100. Classical music lovers not only from Malta but from all over the world. And the event turned out to be a complete success.

The programme of the evening included:

The evening was hosted by charming Andriana Yordanova