On 7 January 2016, the Russian centre of science and culture in Malta, together with the embassy of the Russian Federation and the European foundation for the support of the culture and the patronage o 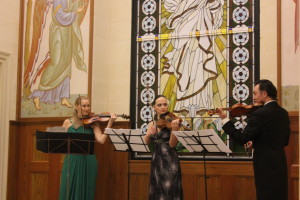 f the president of Malta Marie-Louise Marie organized and hosted the celebration of the Orthodox Christmas in the Presidential Palace San Anton.
Among the guests of the evening was the president of Malta, the Maltese government and public figures, the heads and members of diplomatic missions of great Britain, Germany, Italy, China and other countries, representatives of the Maltese public and the Russian Diaspora.
The opening of the evening, the ambassador of the Russian Federation в.а.малыгин noted that activities such as this one have a big positive impact on the development of friendly relations between Russia and Malta, numbering several centuries. The Ambassador emphasized the fact that the Russian Chapel San Anton Palace, in which by tradition, the celebration of the opens, was restored a few years ago, the joint efforts of the Maltese, the parties and the Russian Diaspora, and is one of the main characters of the Russian-Maltese cultural ties.
In his greetings to the guests of the evening, the president of Malta Marie-Louise Marie spoke about the importance of Christmas as the main family holiday, and on the preservation of the family traditions in the cultural life of the peoples of Malta and Russia. The President also emphasized the significant impact of the Russian Diaspora has on the development of relations between Malta and Russia, as well as expressed particular thanks to the embassy of Russia, the Russian centre of science and culture and the European fund for the support of culture for organizing the celebration of the Orthodox Christmas this year.
In our part of the sets of Russian chapel sounded immortals works of Bach, Mozart, Handel dvorzhaka and other composers in the performance of the trio for “RUSH” which consists of the well-known Russian musicians, laureates of the international competitions fiddlers Karen Shakhgaldyan and Xenia Gamaris, as well as a viola player Xenia Zhuleva. The musicians have demonstrated a high level of performance of the skill, and have been met with enthusiastic audience.
Then in the halls of the palace of San Anton Festive Reception was held, during which time the visitors could try traditional dishes National Russian cuisine prepared by Russian cooks specially for this holiday season.