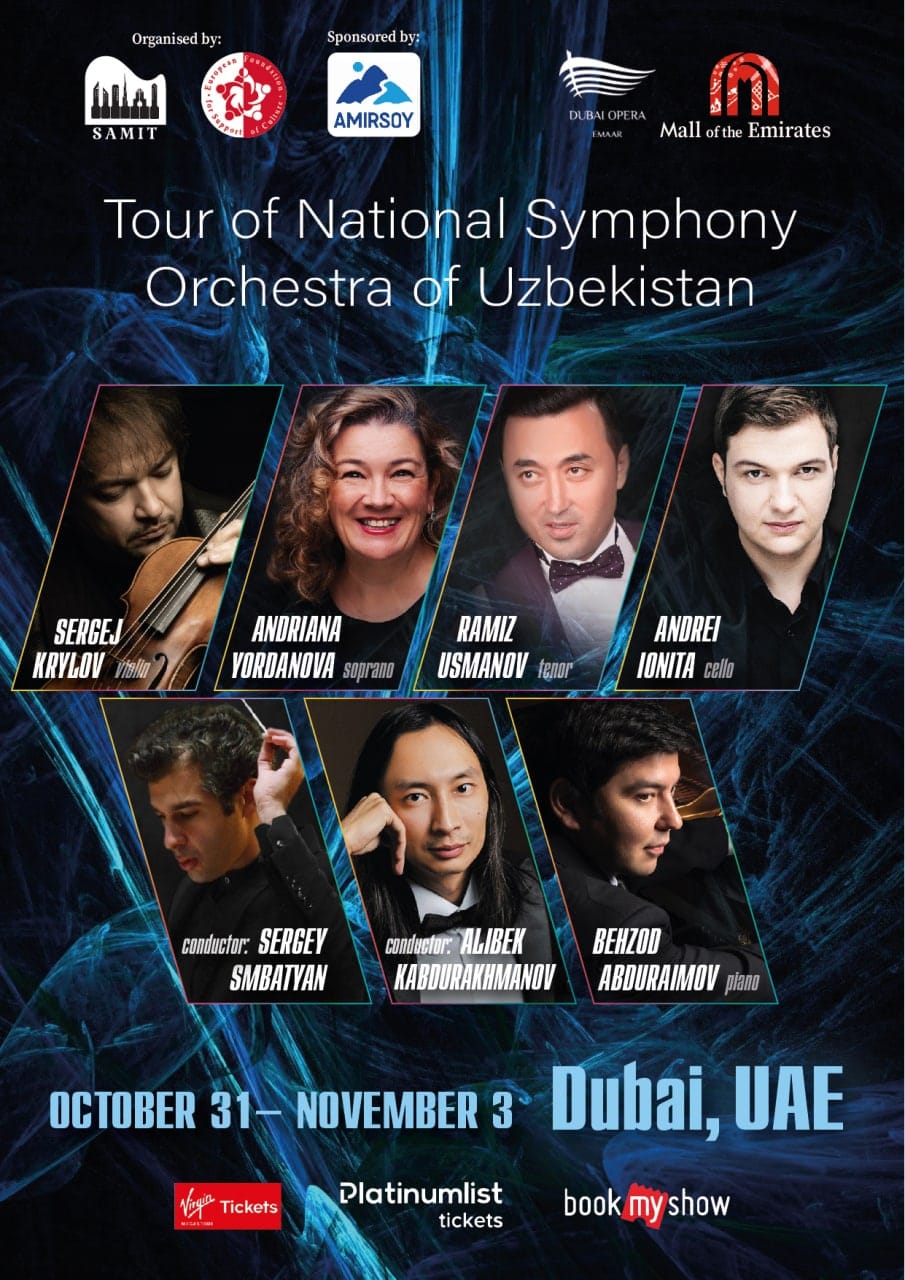 From the 31st of October to the 3rd of November 2021, the European Foundation for Support of Culture and SAMIT Event group will present a total of four concerts, as part of the Tour of National Symphony Orchestra of Uzbekistan in Dubai, UAE.

Over the course of the four concerts, these soloists will be taking to the stage alongside the National Symphony Orchestra of Uzbekistan, which will be performing under the batons of Uzbek maestro Alibek Kabdurahmanov and Armenian conductor Sergey Smbatyan. Together, the musicians are set to deliver performances of a number of beloved works from the classical music canon, incorporating both international artists as well as Uzbek composers, coupled with select offerings from contemporary artists as well.