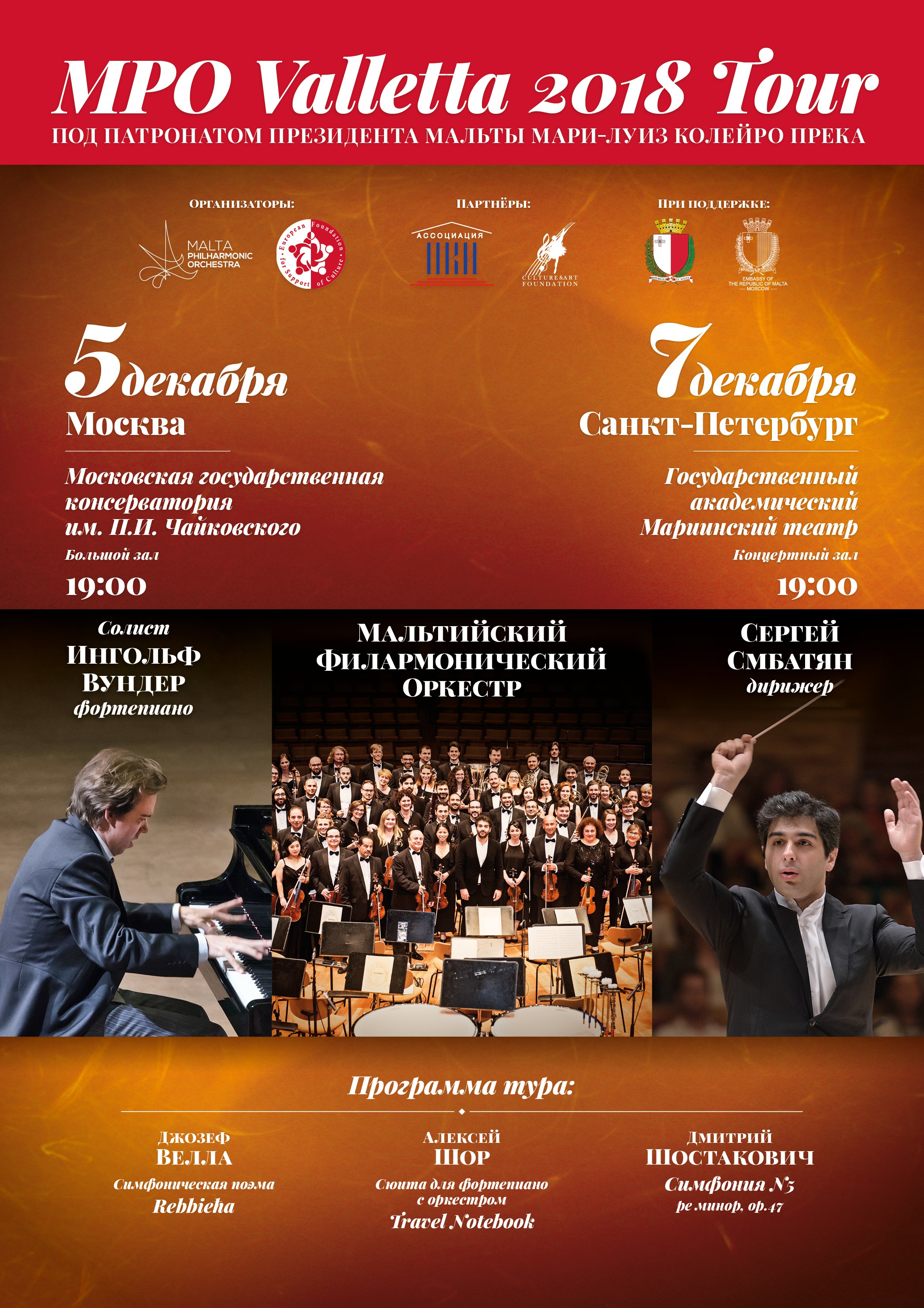 The Malta Philharmonic Orchestra (MPO) will be embarking on its first Russian tour, celebrating both their 50th Anniversary and the World Heritage UNESCO site, Valletta, the European Capital of Culture 2018. The MPO will be led by the famous conductor Sergey Smbatyan, Honored Artist of the Republic of Armenia who frequently appears with MPO nowadays.

MPO was formed in April 1968 and it brought together the cream of the cream of Maltese musicians. The Orchestra also has talented musicians from around the world. MPO enjoys great public appreciation, giving over 70 performances each year at various concert venues across Malta. Despite its busy concert schedule in Malta, the Orchestra often goes on foreign tours all over the world, performing music in the best concert halls of China, Italy, Germany, Austria and Belgium.

The MPO Valletta 2018 Tour will start in Moscow on December 5that the Great Hall of the Moscow Conservatory and then proceed to Saint-Petersburg on the December 7that the Concert Hall of the Mariinsky Theatre.

The Mariinsky Theatre is one of the leading music theatres of Russia and the world. It opened in 1784 in St. Petersburg, the current cultural capital of Russia. The Theatre complex includes the historic theatre building in Teatralnaya Square, a concert hall (opened in 2006), the second stage in Kryukov Canal Embankment (opened in 2013). Maestro Valery Gergiev has been Artistic and General Director of the theatre since 1988.

Each concert will begin with a performance of Rebbieħa, a symphonic poem penned by Gozitan composer Joseph Vella.

The MPO will then continue with the work of a famous modern American-Maltese composer, Alexey Shor, with Austrian pianist Ingolf Wunder (prize-winner of many international competitions, Deutsche Grammophon artist) as a soloist, before rounding off its concerts with Dmitri Shostakovich’s famous Fifth Symphony.

The concert tour of the Malta Philharmonic Orchestra in Moscow and St. Petersburg will be another confirmation that the true beauty and power of music lies in bringing people from different cultures together.