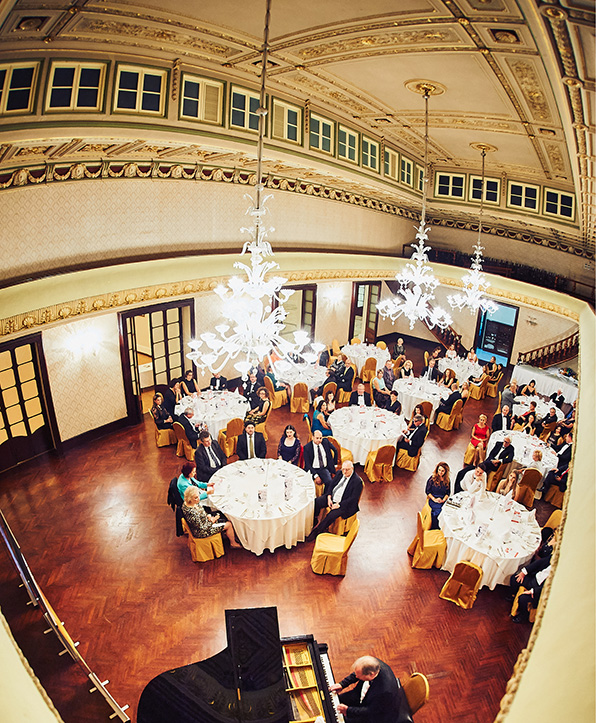 The Music Salon is a special meeting place for VIPs intended to facilitate discussion
on new works of literature, music, painting, art, news of politics and fashion,
and to uphold the continual process of creative and spiritual development of its
members. It is the limited audience environment of the salon as a social and cultural
zone that distinguishes it from other ways of spending leisure time. The chamber-type
relationship among its members adds the advantage of calm physiological environment
enabling an unobstructed outpouring of creative potential of the salon’s guests.

Salons were the prevailing trend of musical and cultural developments in Europe in the XVIII century. Now, this tradition is being revived. Private exclusive evening parties relive a renaissance in this cultural life in many countries.

The European Foundation for Support of Culture did not shun away from such an interesting musical phenomenon. Last year, the Foundation launched the first VIP Music Salon in Malta which was held at the ball room of the exclusive Casino Maltese Club and it turned out to be a great success. Maestro Yuri Rozum, renowned pianist, peoples” artist of Russia, prize-winner of international competitions was the first performing guest of the Salon. This year, the project was developed in a new format. Not only known musicians, but chamber ensembles also werebe invited to perform. Each concert may be attended by no more than a hundred guests – such is the salon tradition. The attendees are, first of all, music lovers representing the world of art, politics, mass media, business and science. After the concert there were an exquisite dinner experience and unhurried deliberations on various matters of interest, music, of course included. Due to the updated concept of the VIP Music Salon, concerts of classical music stars were augmented with a new and unique feature – a true high society atmosphere, partaking of an exquisite dinner, and a chance to participate in a quiz offering thematic awards to winners. VIP Music Salon may well become the most sought-after format of cultural entertainment on the island.