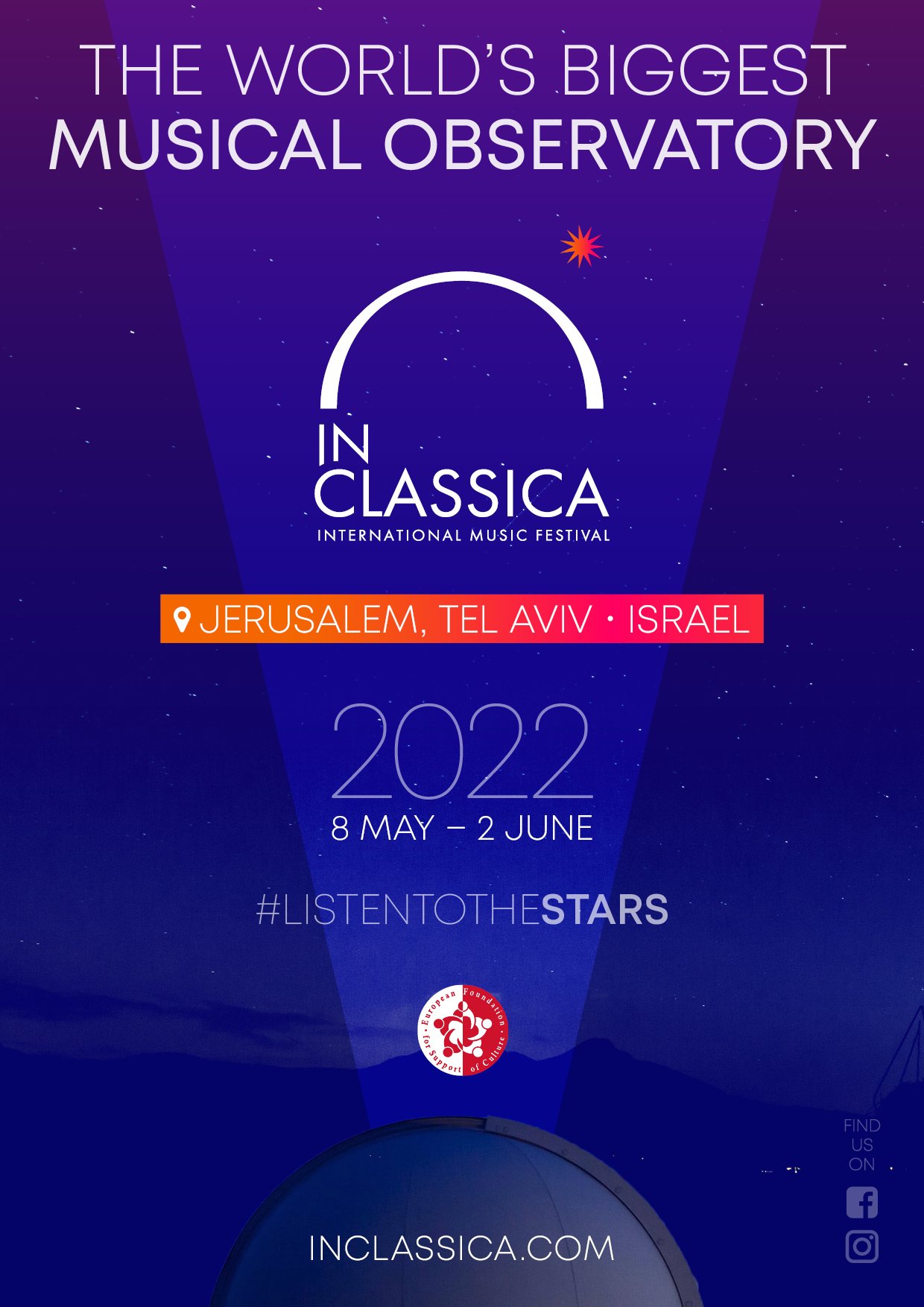 InClassica International Music Festival Returns to the UAE for 2022 Edition

From Sunday 8th May to Thursday 2nd June,  the EUFSC will present the 2022 edition of the esteemed InClassica International Music Festival.

Now established as one of the world’s leading classical music festivals, this eleventh edition of InClassica will see the historic event return to the United Arab Emirates for a celebration of world-class performance and international collaboration.

Orchestras including the Jerusalem Symphony Orchestra (Israel), Berlin Symphony Orchestra (Germany) and the Slovak Philharmonic Orchestra (Slovakia) will feature throughout the event’s diverse programme of concerts, with repertoire consisting of concertos, symphonies, tone poems and other works by seminal composers, such as Verdi, Beethoven, Debussy, Mendelssohn, Strauss, Dvořák and Composer-in-Residence, Alexey Shor. Mr Shor is a New York-based composer whose works have been performed in the most prestigious classical music venues in the world, including the Kennedy Center (Washington DC), Berlin Philharmonic (Berlin), Concertgebouw (Amsterdam), Gasteig (Munich), Wigmore Hall (London) Carnegie Hall (New York) and Vienna’s Musikverein, among others.

For this year’s edition, InClassica is proud to welcome Medici.tv and Euronews as an official media partner for the event.

In addition, and for the first time ever, InClassica 2022 shall also be presenting a series of chamber concerts which will be held at a number of venues across the UAE in tandem with the concerts taking place in Dubai. From the 8th to the 19th of May, various celebrated soloists will be headlining these events in parallel to the orchestral concerts, with confirmed venues currently including the Auditorium at the Ministry of Culture in the city of Fujairah, and the Abu Dhabi National Theatre in the UAE’s capital city, thereby giving audiences in multiple emirates across the country the opportunity to participate in InClassica.

Soloists in the chamber concert series include: